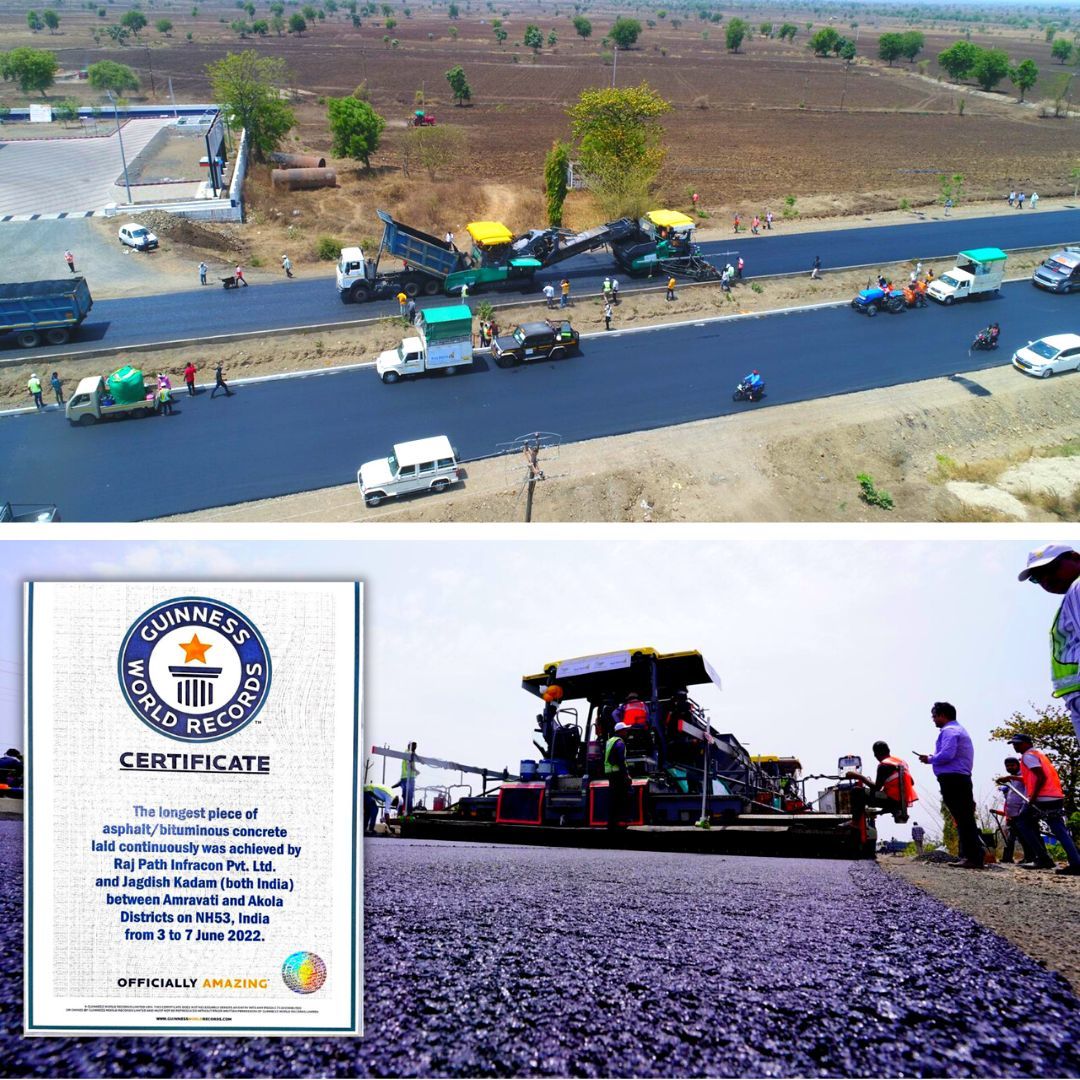 Union Minister Nitin Gadkari on Wednesday announced that a new Guinness World Record was created by NHAI in laying 75 km of bituminous concrete in a single lane on NH53 in 105 hours and 33 minutes. In a video message shared by Gadkari on Twitter, he said, “Commemorating 75 years of India’s independence and under the aegis of Azadi Ka Amrit Mahotsav announced by Prime Minister Narendra Modi, NHAI has created a world record that was certified by the Guinness World Records.” Gadkari congratulated all the engineers, contractors, consultants, and workers from NHAI and Raj Path Infracon Pvt Ltd for the efficient implementation of the project that has helped in the successful completion of this world record. He said the record has been made for laying 75 km of bituminous concrete in a single lane on NH 53 between Amrawati to Akola Districts in 105 hours and 33 minutes. The total length of the 75 km of single-lane continuous bituminous concrete road is equivalent to 37.5 km of two-lane paved shoulder road and the work started on 3rd June 2022 at 7:27 am and was completed on June 7, 2022, at 5 pm, he added. The minister said the bituminous mix of 36,634 MT consisting of 2,070 MT of bitumen was used. He said the project was implemented by 720 workers including a team of independent consultants who worked day and night to complete this task. Gadkari said before this, the Guinness World Record for the longest continuously laid bituminous was for building 25.275 km which was achieved in Doha, Qatar in Feb 2019. The task took 10 days to complete. He added the Amrawati to the Akola section as part of NH 53, this is an important east-east corridor which connects major cities like Kolkata, Raipur, Nagpur and Surat.He said that once completed, this stretch will play a major role in easing the movement of traffic and freight on this route.