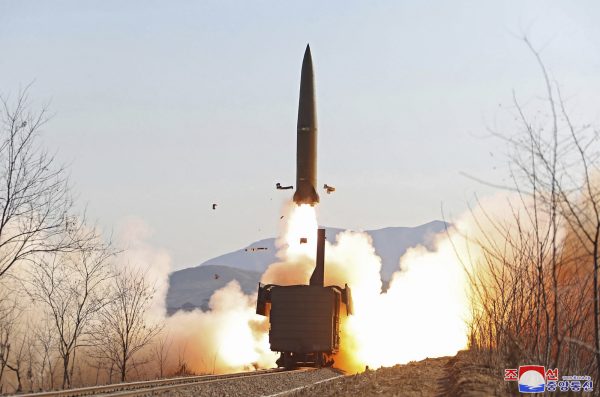 The Joint Chiefs of Staff (JCS) said it detected the launch from in and around Hamhung, a city on its east coast, at around 8 a.m. It did not elaborate further, Yonhap news agency reported.

“Our military is keeping close tabs on related North Korean movements and maintaining a readiness posture,” the JCS said in a message sent to reporters.

It also tested the KN-23 missile — modeled after Russia’s Iskander ballistic missile — on January 14 and its own version of the US’ Army Tactical Missile System (ATACMS), called the KN-24, three days later.

The recent bouts of the North’s “saber-rattling” came as the US has been stepping up sanctions pressure amid a protracted deadlock in its nuclear negotiations with the recalcitrant regime.

Last Friday, US President Joe Biden and Japanese Prime Minister Fumio Kishida condemned the North’s missile launches this month during their virtual summit, the White House has said, though US officials have continued to signal openness for dialogue.

A day ahead of the summit, a defiant Pyongyang made a thinly-veiled threat to lift its yearslong moratorium on nuclear and long-range missile tests, sparking speculation it would engage in more provocative actions down the road.