Not Taliban, ISIS Or Al-Qaeda, But China Is Haunted By Another Small ‘Islamic Outfit’ In Afghanistan 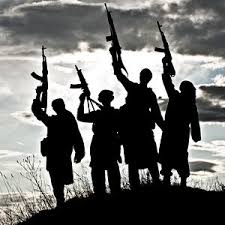 On July 6, the Pentagon announced that US withdrawal is more than 90% complete, two months before the September 11 deadline. The country recently vacated Bagram Airbase near the capital city of Kabul, which was a primary military base for launching what was called America’s war on terror.

This development comes amid the Taliban’s persistent efforts to capture a key city in western Afghanistan. Reports suggest militants now control almost a third of the country with making new gains every day.

On July 5, the Taliban seized control of key districts in the southern province of Kandahar, including Panjwai district, home to Taliban leader Hibatullah Akhundzadaas as more than 1,000 Afghan soldiers fled to neighboring Tajikistan.

China Deeply Worried, But Why?

The international community is concerned about the Taliban making a rapid advance before western troops leave Afghanistan, which will then become a breeding ground for other terrorist groups and organizations like Daesh (commonly known as Islamic State) and Al-Qaeda.

The Asia Times reported that the ETIM may have increased its logistical and financial resources, manpower, and weaponry since the removal of the terrorist tag by Washington in 2020.

A recent UNSC report confirms the presence of more than 500 ETIM fighters in different parts of northern Afghanistan, including Badakhshan, Kunduz, and Takhar provinces that connect China’s Xinjiang province via a narrow Wakhan Corridor.

The report also names Abdul Haq (Memet Amin Memet) as the group’s leader and highlights the outfit’s transnational agenda to target Xinjiang in China, Chitral in Pakistan as well as the vital China-Pakistan Economic Corridor (CPEC).

According to media reports, the top officials of CPEC are even mulling to shift to a safer location in Pakistan given the political instability and security of the area.

China also fears the possibility of other jihadist organizations supporting ETIM’s “Uyghur -cause” to carry forward their “Islamic” agenda.

In 2017, the Islamic State released a video of Chinese Uyghur Muslims threatening to return home and “shed blood like rivers”, as reported by Asia Times.

How Did ETIM form?

East Turkestan is a term of Russian origin referring to the territorial region of Xinjiang province in China.

Historically, the region was under the Chinese empire but regularly faced opposition from secessionist movements and local rebellions from different groups like Uyghurs, Tajiks and Kazaks who ethnically relate more to the Turkic population of other Central Asian republics than the Han Chinese.

After the fall of China’s Qing dynasty in 1912, local separatists continued to fight for an independent state. In 1933, the Uyghurs managed to establish an East Turkestan Republic (ETR) but were defeated by China’s Kuomintang forces.

After the establishment of the People’s Republic of China in 1949, communist leader Mao Zedong designated Xinjiang as the “Uyghur Autonomous Region” as a bargain for separatists to surrender. Since then, the ruling Communist Party of China (CPC) has tried to suppress any feelings of “national liberation” and link such acts to “foreign hostile forces”.

Political violence and independence movement again picked up in the region in the wake of Soviet disintegration and more than 160 people were killed between 1990 and 2001, reportedly carried out by ETIM, an Islamic fundamentalist organization.

At present, an East Turkestan government-in-exile is based out of Washington, formed under the leadership of Anwar Yusuf Turani in 2001.

Incidentally, July 7th marks the 12th anniversary of the violent Xinjiang riots that left more than 190 people dead and several others injured in the capital city of Urumqi.

This event put the international spotlight on the semi-autonomous region as the western media and experts termed it “ethnic unrest” and displeasure among the minority 12 million Uyghurs. On the other hand, China calls the event an “act of terror” that put into motion a series of draconian measures to curb the spread of extremism in the region.

Over the years, China has detained over 1.5 million members of the minority community and suppressed the region with excessive policing, surveillance, and restrictions on the pretext of “counterterrorism” and “deterrence”. Incidents of violence have also multiplied which the Chinese blame on Uighur extremists belonging to the ETIM.

The crackdown on the region has invited global criticism as academic researchers and world leaders call out China to release the detainees and restore their rights and privileges like the majority Han Chinese community.

During the last days of his presidency, then-US President Donald Trump issued a ban on all imports containing cotton and tomato products from Xingjiang over allegations that they are made with “forced labor” of the detained Uighur Muslims.

Last month, Indian-origin journalist Megha Rajagopalan was awarded the Pulitzer Prize in the ‘International Reporting’ category for exposing the secret of detention camps of Xinjiang.

Though China does not recognize the existence of detention camps, it calls them “vocational institutes” to de-radicalize the members of the minority community and sustain peace in the province.

China has clashed at international forums and leaders around the world over calling the detention of Uighur Muslims “genocide” and passing resolutions against the “human rights violations” in the region.

For instance, it repeatedly attacks Munich-based World Uyghur Congress (WUC), an international organization formed by exiled Uyghur groups that aspire to “represent the collective interest of the Uyghur people” both inside and outside of the Xinjiang, over anti-China propaganda and spread of “false information” such as forced sterilization, lack of religious freedom and destruction of Uyghur heritage.

Xu Guixiang, the spokesperson of the Xinjiang regional government, countered the “western concerns” over the Xinjiang situation, by saying, “Their fundamental aim is to use the so-called Xinjiang issue as a tool and the ‘protection of human rights’ as an excuse to undertake political manipulation, promote hegemony, attempt to undermine the stability and development of Xinjiang.”