October 22, 1947: Operation Gulmarg and a Black Day in History of Kashmir 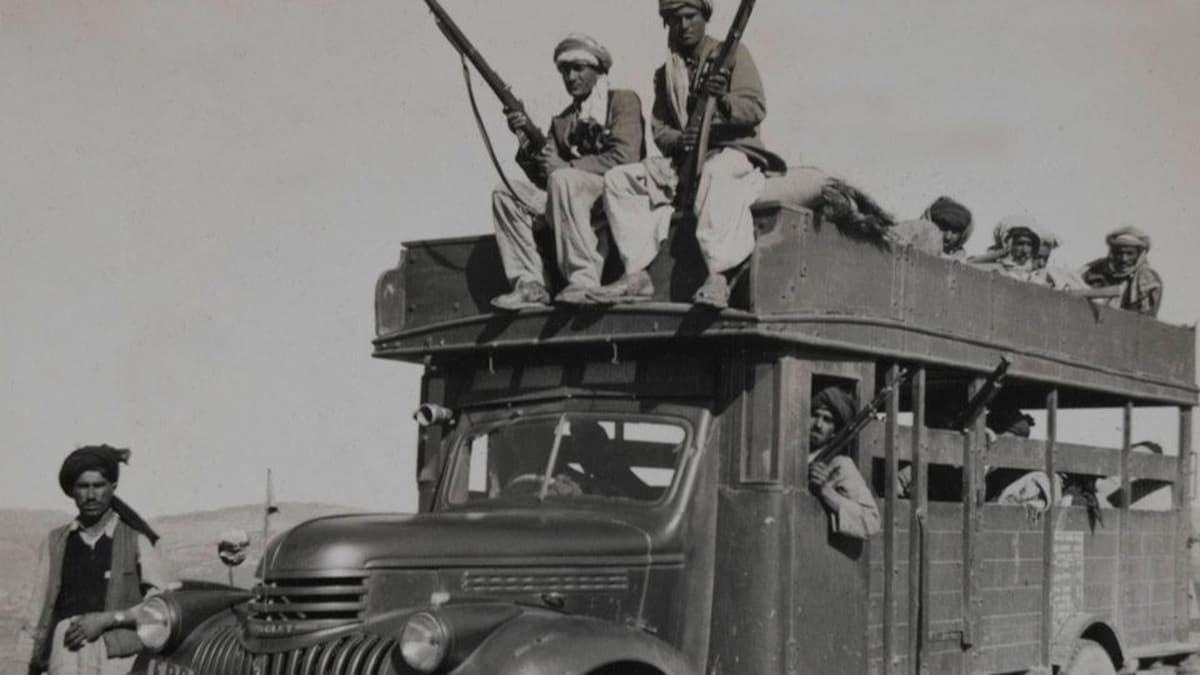 What Happened on October 22, 1947 and Why We Shouldn’t Forget IT

When India got Independence and was partitioned to create Pakistan in August 1947, Jammu and Kashmir was a princely state ruled by Maharaja Hari Singh. On October 20-21, 1947, about 20,000 tribesmen took over the bridges spanning Neelum river on the Hazara road linking Muzaffarabad and Abbottabad (now, Pakistan-occupied Kashmir) and occupied the first major town of Muzaffarabad by October 21, and then moved further towards Uri. The first India-Pakistan War had formally begun that day. Major General Akbar Khan of the Pakistan Army, who had organised the attacks, later elaborated his feat in the book ‘Raiders in Kashmir’, published in Karachi.

Besides General Akbar Khan, among other people who planned and executed Operation Gulmarg was Shaukat Hayat Khan, a close aide of Pakistan’s founder Muhammad Ali Jinnah. The state machinery chose October 22, 1947, as the date for the attack. Shaukat Khan in his book ‘The Nation That Lost its Soul’ accepted that he was appointed supervisor of the Kashmir operation.

The first target of the invaders was Muzaffarabad and Mirpur. The attack on Mirpur and Muzaffarabad was mounted on October 22, 1947. Those who could not recite “Kalima” were killed (on the basis of their religion), their belongings looted by the raiders. Minorities (Hindus and Sikhs) had two options—either die or escape to Jammu. The raiders successfully captured Mirpur and Muzaffarabad, which was considered one of the great victories of Pakistan.

Now, their plan was to capture Srinagar by taking the route to Baramulla district, which is close to Muzaffarabad. The attack on Baramulla commenced on October 24. The Pakistan Army assisted 20,000 kabalis (Pakistani tribesmen) in civil clothes to capture Baramulla and Srinagar. The tribesmen destroyed everything that came in their way.

The invaders did not even spare St Joseph’s Hospital in Baramulla; they killed patients, medical staff and burnt down the hospital building. Nuns performing their duties at the hospital were raped and killed by the invaders, including Pakistani Army men in civil clothes. They didn’t even spare sick, wounded patients at the hospital. They picked up young women as sex slaves and killed children, old women, and men of all ages. The attack was so lethal that only 3,000 citizens of Baramulla out of a total population of 14,000 were said to have survived—a sad fact that Major General Akbar Khan, the main perpetrator of the attack, mentions in his book ‘Raiders in Kashmir’.

As the invaders captured Mirpur, Muzaffarabad, Uri, and Baramulla with minimal resistance from the J&K forces, the fall of Srinagar looked imminent. On October 24, Maharaja Hari Singh appealed to India for military assistance to stop the aggression. He was scared of losing Srinagar; his request was considered on October 25 in a meeting of India’s Defence Committee, headed by Mountbatten and included Jawaharlal Nehru, Sardar Patel, Baldev Singh, minister without portfolio Gopalaswami Ayyangar, and British commanders-in-chief of the Army, Air Force, and Navy.

The committee concluded that “the most immediate necessity was to rush arms and ammunition already requested by the Kashmir government, which would enable the local populace in Srinagar to put up some defence against the raiders,” according to Lt General K.K. Nanda’s book ‘War with No Gains’.

However, according to Jyoti Bhusan Das Gupta’s book ‘Jammu and Kashmir’, Mountbatten warned that “it would be dangerous to send in any troops unless Kashmir had first offered to accede,” arguing that it would result in an India-Pakistan war. He suggested the accession should be considered as provisional, and “when law and order had been re-established in Kashmir, a plebiscite should be held as regards Kashmir’s future”.

The Defence Committee sent V.P. Menon, Secretary, Ministry of States, to Srinagar to “make an on-the-spot study” the same day. He returned to New Delhi the next day with his impressions, and suggested sending troops to Kashmir, pointing out the “supreme necessity to save Kashmir from raiders”.

In the meantime, the new prime minister of J&K, Mehr Chand Mahajan, warned: “We have decided by 25th evening to go to India if we get a plane or else to Pakistan to surrender.”

Lion of Baramulla: Maqbool Sherwani Who Saved Kashmir from Raiders

The lion of Kashmir Maqbool Sherwani was associated with the National Conference. He misguided the invaders when asked about the road leading to Srinagar. Pakistan’s plan was to capture Srinagar airport because it was the only option for deployment of the Indian Army in case of immediate warfare. Controlling the Srinagar airport meant cutting off the Valley from the rest of India.

However, Maqbool Sherwani misguided the raiders and suggested them a wrong path that led them astray. However, after wandering on the wrong path for some time and realizing they had been misguided, the raiders returned to find Sherwani and punish him. They found him in Sumbal Bandipora, 35 km from Baramulla, and pumped 14 bullets into his chest to set an example for Indian patriots.

After the accession, India airlifted troops and equipment to Srinagar under the command of Lt Colonel Dewan Ranjit Rai, where they reinforced the princely state forces, established a defence perimeter and defeated the invaders on the outskirts of the city (Shalteng). There was a battle in Budgam too, close to the airport. By November 8, the Indian Army had taken control of Srinagar, on November 9, of Baramulla, and by November 13, of Uri.

However, with Pakistani forces formally entering the battlefield in support of the tribesmen, the war would continue for over a year, until a ceasefire was declared on the night of December 31, 1948, and the terms of the ceasefire were accepted on January 5, 1949.

The cycle of violence was started by Pakistan in the Kashmir region by killing thousands of Kashmiris, including Muslims, Sikhs and Hindus. Thousands of Hindu/Sikh women are still missing.

India observes October 22, every year, as ‘Black Day’ to protest against Pakistan and its role in instigating violence and terror in the Valley. On October 22, 1947, the Pakistani invaders looted and committed historic blunders in the state with a ferocity that shocked the people of J&K. The Indian Army came to their rescue and pushed the invaders back.