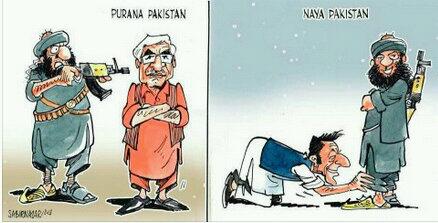 In a joint press conference held in Islamabad on November 14, 2020, Pakistan’s Foreign Minister [FM] Shah Mahmood Qureshi and Director General [DG] Inter-Services Public Relations [ISPR] Maj Gen Babar Iftikhar unveiled a dossier which supposedly contained “irrefutable evidence” of state sponsored terrorism being orchestrated by India against Pakistan. An exuberant Qureshi told media persons present that “Today, we have undeniable evidence and we want to show it in the form of this dossier to the nation and the world,” and this he did.
The FM claimed that “We have irrefutable evidence that RAW [Research and Analysis Wing; India’s intelligence agency] and DIA [Defence Intelligence Agency of Afghanistan] …are financing terrorism in Pakistan and training terrorists, harbouring them and taking practical steps to promote terrorism.” He also went on to specifics; like “Today, the Indian intelligence agencies are patronising banned outfits that are against Pakistan-organisations like Tehreek-e-Taliban Pakistan [TTP], Balochistan Liberation Army [BLA] and Jamaatul Ahrar[JuA].”
DGISPR too had a similar story to tell. He alleged that “the recent upsurge in violence in Pakistan is a direct consequence of Indian’s intensified engagements with all brands of terrorists, sub-nationalists and dissidents operating against Pakistan.”
As regards India’s alleged patronage of TTP, Maj Gen Iftikhar asserted that Pakistan had “incontrovertible evidence”that besides providing weapons, a sum of USD 820,000 was paid by RAW to TTP leadership through its collaborators.He also alleged that “… Indian ambassador to Afghanistan and Indian consular in Jalalabad had detailed discussions with collaborators to provide financial support to TTP and dissident Baloch elements,”and that “RAW while using the Indian Embassy in Afghanistan, held a number of meetings with TTP commanders.”

If DGISPR is to be believed then Indian embassies and consulates along the Pakistan-Afghan border were serving as “hub[s] of terror sponsorship against Pakistan” and TTP was one of the terrorist groups being patronised by RAW and DIA. However, if this is indeed true, then with the fall of the Ashraf Ghani government and India closing all its embassies and consulates in Afghanistan, TTP would have lost not only its safe sanctuaries in Afghanistan, but also access to weapons, munitions and cash that RAW and DIA were providing. Thus, after Taliban takeover of Kabul, TTP would have been but a pale shadow of its former self.
However, unlike the Afghan National Army that capitulated in face of the Taliban offensive due to lack of support from the US, TTP emerged stronger even as Taliban made rapid advances in Afghanistan and India was preoccupied with winding up its diplomatic missions and planning evacuation of its staff. So, if TTP was really RAW’s ‘baby’, then with the pro-Pakistan Taliban government all set to take over Afghanistan, would RAW be so naïve as to precipitate an existential threat for its proxy by antagonising the new dispensation in Kabul through escalation in violence against Pakistani security forces? Yet, this is exactly what TTP did and stepping-up attacks, killed two dozen Pakistani security forces personnel in a matter of just 12 days during the period July 18 to July 30!

The Irony
Now that the Government of Pakistan [GoP] has formally commenced negotiations with TTP, three questions arise. One, if this terrorist group is really being patronised by India as Pakistan has repeatedly alleged in its dossier, then by holding dialogue with TTP, aren’t both Islamabad and Rawalpindi accepting that Pakistan has been brought to its knees by India through its proxy? Two, by actively considering release of TTP terrorists even before talks commence under the garb of ‘confidence building’, isn’t GoP negotiating from a position of weakness? Lastly, with the previous GoP-TTP talks having failed in 2014, on what premise has Islamabad decided to re-engage with this terrorist group that has a known history of being unyielding in its demands?

Far from being a confidence building measure, Islamabad’s decision to free TTP terrorists ahead of the talks is a clear indication that this was a precondition set by the terrorist group. Secondly, reports of this dialogue being brokered by Pakistan’s protégé Sirajuddin Haqqani would certainly enthuse Islamabad. But it also raises a question-instead of doing his benefactor a ‘return-favour’ by driving out TTP from Afghanistan, why has the Haqqani network patriarch merely acted as a mediator instead of an enforcer?
This seems to suggest that while the Afghan Taliban may be indebted to Pakistan for having patronised his terrorist network, it’s not acutely averse to TTP- a case where the enemy’s enemy is not a friend!
According to Afghanistan’s Khaama Press News Agency, “Pakistani ambassador to Kabul Mansoor Ahmad Khan has said that the Taliban have promised to be taking military actions against TTP or other militant groups if talks between them and the Pakistani government fail.”This again indicates that Islamabad is sanguine that with Kabul conveying an open threat to TTP, it would be able to broker a face-saving agreement with this terrorist group. However, given its obdurate outlook coupled with significant local support it enjoys in the former Federally Administered Tribal Areas [FATA], TTP is unlikely to be an easy push over.
Since Islamabad has expert negotiators, it may still be able to reach an agreement with TTP if allowed a free hand to do so. However, since Rawalpindi is bound to jump in, there’s a high probability of Pakistan army’s hypersensitive ego playing spoiler. In addition, since TTP has inflicted very heavy casualties on Pakistani security forces, any clemency or concessions given to TTP would be contested by the military, due to which the talks will collapse.

Despite Kabul’s warning of military action against TTP if it doesn’t mend fences with Pakistan, this Pashtun terrorist group isn’t under such severe pressure that could lead to its unconditional capitulation as it has an enduring affinity with many factions of the Afghan Taliban. So, while hoping for the best, it may do ISPR some good to start weaving a new narrative to avoid embarrassment should talks with TTP fail.
Since its November 2020 dossier on India’s state sponsored terrorism against Pakistan which has reportedly been sent to several international organisations like the UN, OIC, P-5 and FATF hasn’t evoked any response whatsoever, DGISPR could consider hiring a better scriptwriter this time!