One Woman’s Journey Through Chinese Atrocities 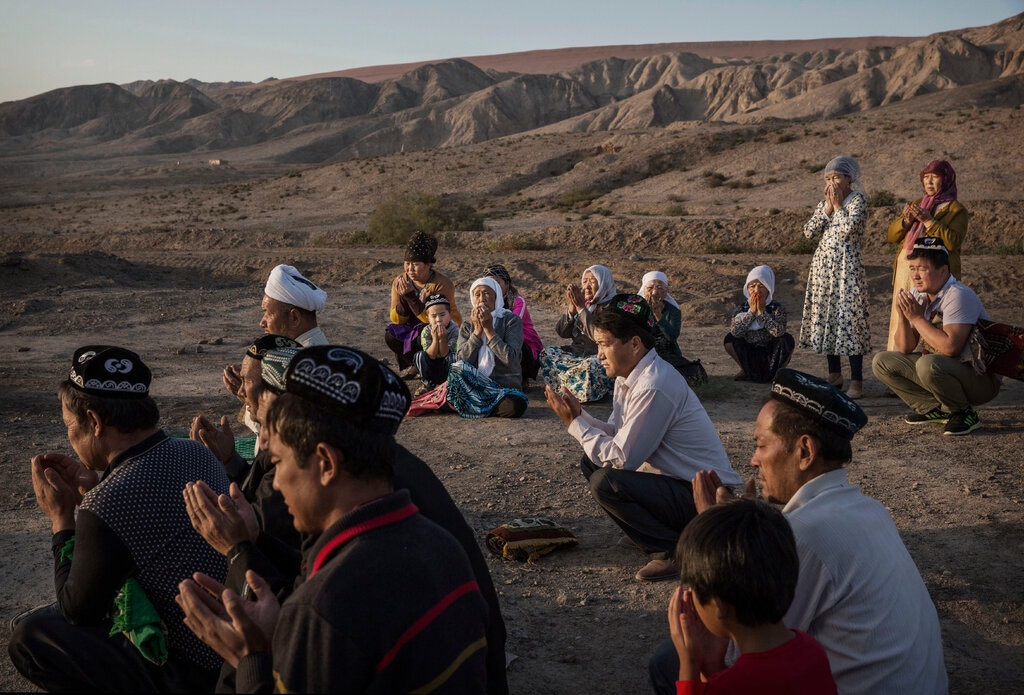 In 2021 the United States and other countries have declared that China is committing genocide against ethnic Uyghurs — yet nothing much changes.

That passivity discounts the horror of genocide, the ultimate crime. So that we don’t grow numb to what’s unfolding, let me introduce a Uyghur woman: “Nancy,” as she asks to be called, is now safe in the United States but terrified that speaking out will doom her parents.

China’s repression of the Uyghurs, a Muslim minority in the far west region of Xinjiang, has received attention mostly for locking about one million people in modern concentration camps. A less noted element has been a systematic attempt to suppress births of Uyghurs.

Nancy described one relative, a gynecologist, who was sent to a concentration camp for two years and then sentenced to six years in prison for removing IUDs from two women for health reasons.

Another relative was sent to a concentration camp for two years because she was overseeing family planning work in a Uyghur village where a woman became pregnant without permission. Nancy heard that the pregnant woman’s husband was sentenced to 11 years in prison, but she’s not sure what happened to the mother or baby.

It’s impossible to verify Nancy’s accounts, but they fit into what journalists, diplomats and human rights groups have uncovered about repression in Xinjiang.

So what’s going on? Alarmed by a separatist movement in Xinjiang that in the past has occasionally been violent, China appears to be trying to stifle Uyghur births so as to dilute the Uyghur population in a sea of Han Chinese. Officials have spoken of the need to “change southern Xinjiang’s population structure” and “end the dominance of the Uyghur.”

The result has been a campaign of forced sterilization and IUD insertion. Some 80 percent of China’s IUD insertions have been in Xinjiang, home to less than 2 percent of the country’s population, and population growth rates in the two largest Uyghur prefectures fell 84 percent, according to Adrian Zenz, a scholar who has documented a brazen Chinese government plan to suppress millions of Uyghur births in the coming years.

This is part of a systematic dehumanization of Muslim minorities in Xinjiang. Muslims are forced to betray their faith by eating pork or drinking alcohol, prayer is banned in public places, kids are sent to boarding schools to be indoctrinated, and when Uyghur men are jailed the government has sent Han Chinese men to live in their homes and share beds with their wives.

China is not massacring Uyghurs, so this is not a genocide in the commonly accepted sense. But under the legal definition in the 1948 Genocide Convention, China’s practices appear to qualify as genocide by suppressing births of a particular ethnic group.

Nancy’s own personal journey reflects how China’s government has gone from wooing Uyghurs to crushing them. Her family was not religious, her mother was a Communist Party member entrusted with a senior government job, and the family was ready to work within the system. Indeed, when Nancy was in high school, the Chinese government dispatched her to live in eastern China so as to assimilate her and mold her into a Uyghur agent of influence.

But tensions between Han Chinese and Uyghurs grew. Eventually Nancy, frustrated by the lack of good jobs even for educated Uyghurs in China, took a position in Turkey. That didn’t raise eyebrows at the time, but after China began its crackdown in 2016, any foreign travel by Uyghurs became suspicious.

Nancy’s parents had visited her in Turkey, so they were detained in concentration camps for re-education. After the parents were released from the camps, they left her a voice message urging her to return to China.

“Your country loves you,” her mom told her. “Your country needs you here.” Nancy immediately grew suspicious, doubly so when her mother then said that Nancy’s pregnancy might make it difficult to return. In fact, Nancy was not pregnant, and she assumes that someone was forcing her mother to lure her home but that her mother was trying desperately to signal that she should stay away.

Nancy says that an uncle became paralyzed while in the camps, apparently from a beating, and another relative died while inside. Four of her cousins are currently locked up in forced labor camps, she said, and guards are demanding bribes in exchange for not starving one of them.

What can the world do in the face of these atrocities — not to mention the destruction of Hong Kong, the kidnapping and mistreatment of two Canadian hostages and other rogue behavior by President Xi Jinping? One sensible response: a partial boycott of next year’s “Genocide Olympics” in Beijing, with athletes allowed to participate, but officials and business executives staying away.

A second: companies eliminate Xinjiang products, such as cotton and solar panels, from their supply chains, despite the risk of a nationalist backlash within China. All of this is unsatisfying and inadequate, and it may not move Xi. But when we declare a genocide, we can’t simply shrug and do nothing.