One Year after revocation of Article 370 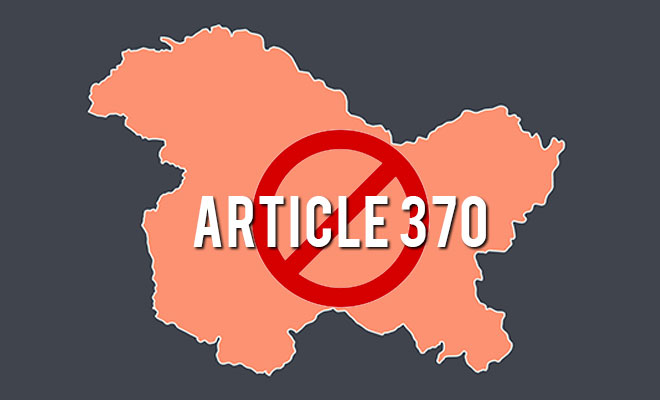 Till 05 August 2019 the state of Jammu & Kashmir had a unique status in that it was protected by the discriminatory Article 35A and divisive Article 370. These two articles were utilised by the Kashmir-centric leadership, which also happened to be the ruling class, not only to swindle huge amount of funds received from the Central Government but also to alienate the Kashmiri Muslim population from India.  All this was being done at the expense of state’s solidarity with blatant discrimination against the other two regions namely Jammu & Ladakh. While the people of Jammu & Ladakh wanted state’s complete integration and assimilation with rest of India, the Kashmiri leadership harboured the dream of autonomy.  This exclusive ideology was backed up by a separate constitution, a separate flag and to begin with a separate Prime Minister. There was disharmony in the state and people of Jammu & Ladakh wanted to be freed from Kashmiri hegemony.

On that day, the country’s Home Minister Amit Shah announced in the upper house of the nation’s Parliament an epoch-making historical decision of the government to not only make ineffective the divisive Article 370 but also abrogated discriminatory Article 35 A of the Constitution of India.

Both the impugned articles were responsible for promoting separatism, communalism and terrorism in the state. All Kashmir centric parties promoted separatism despite swearing loyalty to the Constitution of India. Once known as “heaven on earth”, the state was relegated to hell by the inept and self-seeking Kashmiri leadership which wanted the pot of militancy to continue to simmer. Precious human lives were being lost in hundreds month after month.  Under the shelter of 370 and 35A, Kashmir was gradually being distanced from New Delhi. The gap between the three regions was widening to the point of no return. It appeared then that New Delhi was fast losing its grip on Kashmir. A strong action like the one of 05 August was needed to stem the rot. Without 370, life looks different.

The happiest lot are the “unseen orphans of partition” or more popularly known as the West Pakistan refugees. It is a dream come true for hapless West Pakistan refugees, Gurkhas and Valmikis who number almost five lakh and had lived a life of humiliation and inequality for generations. They became free citizens of free India literally after 72 years of independence. Now they are also entitled to apply for government jobs in the UT.

The people of Jammu & Ladakh heaved a sigh of relief from the Kashmiri hegemony and dreamt of an honourable life as equal citizens. All provisions of the Indian Constitution were made applicable to J&K. In addition, The Jammu & Kashmir Reorganisation Act, 2019 was passed by the Parliament enacting the division of the state of J&K into two Union Territories to be called Union Territory of Jammu and Kashmir and Union Territory of Ladakh.

37 central laws became applicable to the UT J&K which included laws like the Prevention of Corruption Act, The Goods and Services Tax Act, The Insolvency and Bankruptcy Code. These have helped in fighting rampant corruption in the UT. An empowered Anti-Corruption Bureau is functional. IPC & Cr PC are now applicable like rest of the country.

To remove skewed distribution of assembly seats favouring Kashmir, a fresh delimitation commission has been ordered which has already begun the exercise. Scheduled Tribes will get political reservation.

Law and order is the major beneficiary. The separatist voices have been crushed. The Hurriyat has become a non-entity. The octogenarian separatist leader Syed Ali Shah Gilani has left the Hurriyat. There is no “Hartal” Calendar.

The pro-Pakistan voices have been silenced with Pakistan no more a stake holder except abettor of jihadi terrorism. Pakistan has been told in unambiguous terms that only issue as far as Kashmir is concerned relates to vacation of the occupied areas known as POJK. Anti-India political voices have vanished like the hawala money. National Flag flies proudly on all government buildings and everywhere in the UT. J K Police has become a highly motivated and professional outfit with outstanding achievements.

For the first time a separate amount has been allocated in the budget for employment generation. The process has begun with announcement of recruitment for about 10000 jobs under the accelerated recruitment process. The requirement of interviews has been done away with for posts under class 3 and 4. New Domicile rules have been framed and all government jobs including gazetted have been reserved for the domicile only.

The much needed development has suffered a setback despite adequate budgetary support due to the onset of corona pandemic. Nonetheless, the administration undertook the restoration of infrastructure projects which had been languishing for three to four decades. 593 projects costing 1313.24 crore pertain only to road and bridges. 111 projects costing 2221.74 crore had been completed till February this year. The process of black-topping all roads in the state has begun with 100 crore being sanctioned as first instalment. The government had planned to complete about 2000 vital projects by March 2021 but have been hampered due to Corona.

Jammu has emerged as higher education hub and the work on AIIMS has commenced. New Medical and Engineering Colleges have become functional. The connectivity has improved due to construction of bridges. The real game changer will be the Kandi Dam and Ujh Barrage projects. The work on New Delhi – Katra super highway is likely to commence soon. Land banks have been created to welcome the setup of industrial units. A number of foreign and domestic investors have shown interest in investing in the state. However, much talked about Investors’ Summit had to be called off due to the pandemic.

Kashmir to Kanyakumari and Kutch to Katra, India is one now.