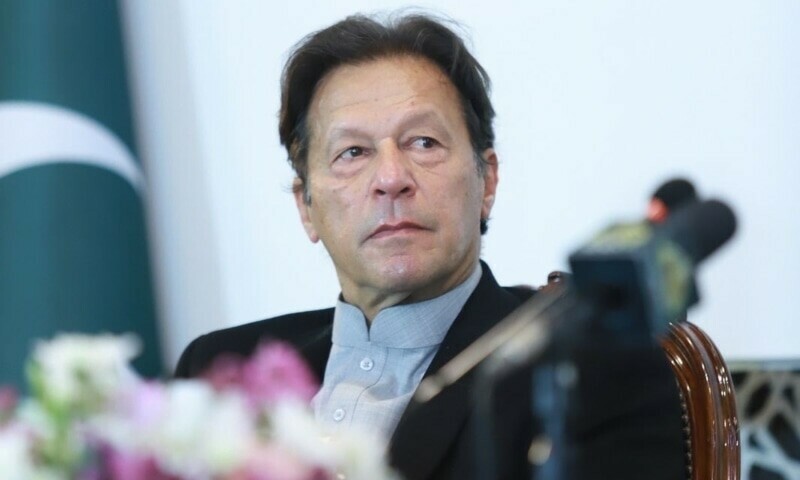 Former Pakistan prime minister Imran Khan Niazi was booked for threatening a judge and two top police officials at a public meeting that took place in Islamabad on Saturday. The Pakistan Tehreek-e-Insaf (PTI) chairman was booked under the Anti-Terrorism Act (ATA). An FIR has been filed against Niazi under Section 7 ATA for challenging judicial and law enforcement authorities.

There is also speculation about Niazi’s arrest shortly or in the next couple of days. Pakistan’s interior minister Rana Sanaullah earlier on Sunday said that the government was mulling to file a case against the former prime minister for issuing threats to state institutions and making provocative statements while addressing the rally.

Niazi, while addressing a public gathering, threatened to file cases against top police officials, a woman magistrate, the election commission of Pakistan and political opponents over the treatment meted out to his aide Shahbaz Gill, who was arrested last week on charges of sedition.

Sanaullah alleged the speech by the Pakistan Tehreek-i-Insaf chief was a continuation of a trend to target army and other institutions.

“This is all happening in continuation — from a campaign after Lasbela incident when six army officers were killed followed by Gill’s attempt to incite army ranks to go against their top command and then Imran threatening a woman judge and police officials for performing their duties as per the law,” the minister said.

His remarks came after Pakistan’s electronic media watchdog banned satellite television channels from broadcasting live speeches of the ousted prime minister, hours after he threatened state institutions and made provocative statements while addressing the rally.

The Pakistan Electronic Media Regulatory Authority (PEMRA) in a communique issued on Saturday said television channels despite repeated warnings had failed to implement a time-delay mechanism to stop the broadcast of material against “state institutions”.

The regulator said his speeches were in violation of Article 19 of the Constitution and against the code of conduct for the media.

Reacting sharply to the ban imposed on the PTI chairman, the party said the government of Prime Minister Shehbaz Sharif has a fascist regime.

Meanwhile, Niazi has said he will address a rally at Rawalpindi’s Liaquat Bagh ground later on Sunday.