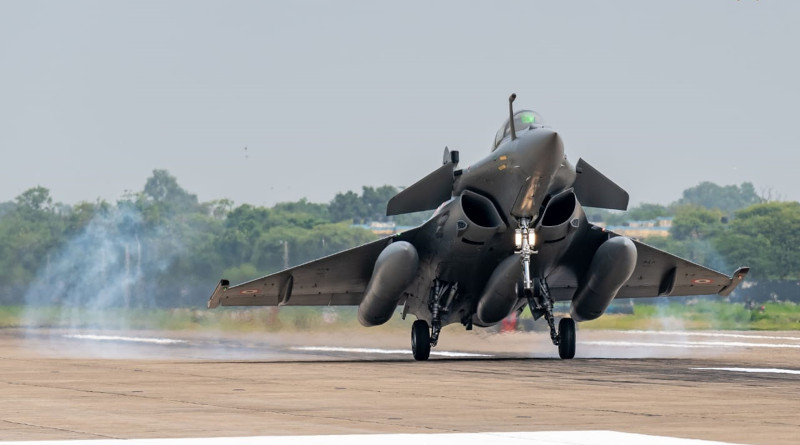 After Pakistan Prime Minister Imran Khan returned from China, the acquisition of 50 JF-17 Block III fighters by Islamabad is being pitched to take on India’s S-400 air defence system due to its stealth characteristics. This is nothing but domestic chauvinism on part of Pakistan which is totally devoid of facts.

The airframe of block III single-engine JF 17 fighter is said to be built with composite material to give its stealth features required to evade the air defence system of the adversary and target high-value assets. Even the indigenous Tejas fighter has 45 per cent composite material but does that mean that it can take on two S-400 systems which the Chinese PLA have deployed across Ladakh and Arunachal Pradesh respectively? The JF-17 is powered by the same Russian RD 33 engine, which is used by Indian MiG-29 air defence fighters and often suffer maintenance/spare parts issues.

The S-400 system is not only about shooting enemy planes from the skies. It denies the PAF Trans frontier visibility by pushing his AWACS and Strategic Recce Systems (F 16 with DB 110 Recce Pod) back. This means that Pakistan Air Force cannot fly its airborne early warning systems and deep penetration radars as the S-400 missiles will take them down in the event of hostilities. As a result of which the Pakistani JF -17 fighters will be fighting without the support of AWACS and dated Chinese radars. The only exception to this scenario is high mountain terrain which is present only in union territories of Jammu and Kashmir and Ladakh.

The Indian Air Force has a multi-layered defence network and does not only rely on the S-400 system. It has front time fighters like Rafale, which have top of the line AESA radar and is armed with the deadliest Meteor 140-160km range beyond visual range air to air missile. This means that JF-17 will not even know when it got obliterated from the skies. The IAF has a 70km range medium range surface to air missile (MRSAM), the digital Pechora and Akash surface to air missiles to take on the enemy. Further, the S-400 system is always complemented by close-in weapon systems (CIWS) like Russian Pantsir or American Phalanx to take on the stand-alone missiles fired at the air defence network. Finally, the S-400 is not a static system but a dynamic weapon system that can be relocatable.

However, the clincher is the very fact that the Pakistan Air Force itself is not very confident about JF-17 fighter as compared to the American F-16. Not a single JF-17 crossed the Line of Control (LoC) or even launched a weapon during the Pakistani unsuccessful raid in the Rajouri-Mendhar sector on February 27, 2019, the day after Indian Air Force terminated the Jaish-e-Mohammed terrorist training camp at Balakot in retaliation to the Pulwama terror strike.