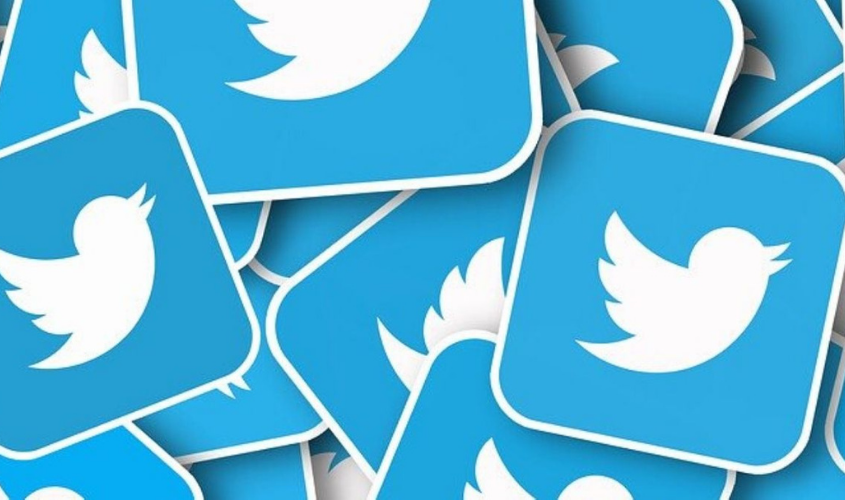 New Delhi: A “loophole’ in social media platform Twitter is being used by Pakistan-based state actors, who enjoy the support of key members of the present political dispensation and that of Inter-Services Public Relations (ISPR), the media wing of the Pakistan Armed Forces, to generate and amplify anti-India disinformation campaign that has the potential to cause loss of lives and property, private experts and government officials have warned.

An India-based private organization, “Disinfolab”, that is run by a group of Open-source intelligence (OSINT) experts, in its recently released report titled, “The Anatomy of Pakistan’s 5th generation warfare, How Twitter’s loophole is being weaponized to create conflict in South Asia”, has put out in the public domain undeniable proof that proves how Pakistan-based individuals, who are closely related to the present political party in power, the Pakistan Tehreek-e-Insaf (PTI) and the Pakistan army, are indulging in a massive disinformation campaign against India for the last few months by using Twitter.

Such is the stake of the Pakistan-based state actors in this disinformation campaign that an entire fake organization that goes by the name of South Asian United Social Media Front (SAUMF) has been brought into existence, that has fictitious members from different South–Asian countries, to lend credibility to this warfare campaign.

This disinformation warfare campaign has already made its mark on India’s external relations which was evident after an Omani princess had to clarify that her name and pictures were misused by a Twitter user to portray a message that the Omani royal family was angry over “Islamophobia” in India. This Twitter user was traced to Pakistan and was found to be a part of this very disinformation warfare campaign.

As per the experts at Disinfolab, who spoke to The Sunday Guardian, they came across multiple evidence that shows the support these actors behind this campaign were receiving from members of PTI, including a sitting minister of Imran Khan’s cabinet, to spread disinformation in India by using Twitter as a platform that has a reach of close to 20 million users in the country.

A Twitter spokesperson, in its response to the queries shared by The Sunday Guardian on what steps it was taking, if any, to prevent such misuse of its platform for anti-India activities, said: “At Twitter, we have a zero-tolerance approach to platform manipulation, including spam and any other attempts to undermine the integrity of our service. Using technology and human review in concert, we proactively tackle attempts at platform manipulation and mitigate them at scale by actioning millions of accounts each week for violating our policies in this area. Platform manipulation refers to the unauthorized use of Twitter to mislead others and/or disrupt their experience by engaging in bulk, aggressive, or deceptive activity. This prohibited activity includes, but is not limited to, spam, malicious automation (malicious use of bots), and inauthentic account abuse (fake accounts). According to our latest Twitter Transparency Report for the period of January-June 2020, we saw a 54% increase in anti-spam challenges and a 16% increase in the number of spam reports, compared to the last reporting period of July-December 2019. As is standard, when we identify information operation campaigns that we can reliably attribute to state-linked activity—either domestic or foreign-led—we disclose them to our public archive; the largest of its kind in the industry. We continue to be vigilant to protect the public conversation on our service”.

The report prepared by the Disninfolab, which was also analyzed by relevant Indian agencies, has found that spreading of disinformation has become an easy task due to Twitter’s facility/loophole which allows the users to change their profile (name and username).

As per the report, “This loophole has been deployed by various Pakistani social media accounts in propagating anti-India fake narrative. Easter bombings of Sri Lanka, Islamophobia in India, Galwan valley clash, farmers’ protest of India are few of the many incidents where Pakistan has falsely accused India as the architect of these incidents.”

The experts found that by “July 2020, the Pakistani establishment decided to create a full-scale fake news industry by way of SAUSMF. SAUSMF website was hosted by Pak Cabinet Minister and one of the closest advisors of PM Imran Khan, Jahangir Khan Tareen, on his server”. The website was removed from the server once the report by Disinfolab became public.

The main members of disinformation warfare, the report reveals, includes “Aftab Afridi, Awas Javed Satti and Asim Khan who share direct links with Pak army, team Imran Khan and Pakistani businessman Jahangir Khan Tareen, the man who ensured Imran Khan’s electoral victory”. The report also has several pictures that proves the proximity between the members of this cyber campaign and members of Pakistan’s ruling party. The investigators also found that apart from politicians of PTI and serving officers of the Pakistan army, including the former spokesperson Asif Ghafur, others who were amplifying the propaganda that is being run by these cyber-terrorist group include the state broadcaster Radio Pakistan.

These experts, in their report, have also questioned the “double-standard” used by Twitter in the case of India and other South-Asian countries regarding using a proper verification process when it comes to changing account and user names, a practice that it has started in other regions, including in the United States, despite India being the third biggest user market of Twitter.

The primary aim of this disinformation warfare, the experts told The Sunday Guardian, is to spread anti-India fake news with the objective to create conflict between India and its neighbours including Nepal and Sri Lanka. Officials tracking the developments said that such disinformation campaign, if not stopped in time, can easily lead to incidents of riots and large scale public disturbance. These Pakistan-based individuals, according to officials, have become an expert in using India’s internal and external issues like farmers’ protests and border stand-off with China to spread anarchy in India by sharing fake/ misleading videos and posts. In some cases, one such Twitter handle changed his name at least five times to target India’s interest by spreading fake news before it was identified.

Twitter operations in India have already come under increased scrutiny as the medium was used by anti-Indian entities to misuse the farmers protest to fan trouble in India. Telecom minster Ravi Shankar Prasad, too, has taken a tough stand on Twitter’s reluctance to act quickly and decisively to thwart such anti-India operations. His ministry had on 25 February announced a set of guidelines that Twitter and other similar media platforms were expected to follow to stop the spread of such disinformation campaign. The guidelines were expected to be applied within a deadline of three months which ends in roughly six weeks from now. The new revelations by Disinfolabhas added to the concerns among the officials who are already under pressure to tackle the menace of fake news that is being spread through various social media platforms, primarily Twitter.

On April1, a Russian court fined Twitter 8.9 million rubles for not taking down tweets that encouraged minors to take part in unauthorized rallies. The decision had come almost two weeks after Russia’s state communications watchdog Roskomnadzor threatened to block Twitter within 30 days if it doesn’t take steps to remove banned content. Roskomnadzor had earlier accused Twitter of failing to remove content encouraging suicide among children, as well as information about drugs and child pornography. The agency later announced that it was slowing down the speed of uploading photos and videos to the platform.