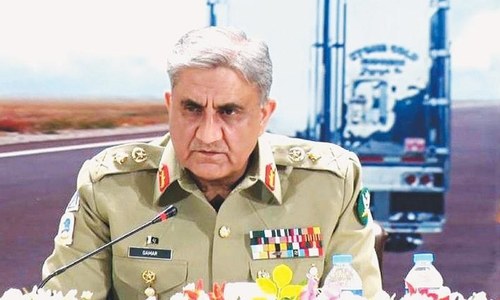 Pakistan Army on Tuesday claimed that there was a “recent propaganda” campaign by some quarters to malign the country’s military.

This statement was issued after the 79th Formation Commanders’ Conference held at the General Headquarters in Rawalpindi.

“The forum took note of the recent propaganda campaign by some quarters to malign [the] Pakistan Army and create division between the institution and society,” the Inter-Services Public Relations (ISPR) said in a statement.

The Pakistan military’s media wing noted national security of the nation is sacrosanct. “Pakistan Army has always stood by the state institutions to guard it and always will, without any compromise,” the ISPR said.

“Pakistan Army is aware of its responsibilities and shall continue to defend territorial integrity and sovereignty of Pakistan against all internal and external threats under all circumstances,” Pakistan army chief Bajwa was quoted as saying by Geo News.

This comes a few days after “Chowkidar chor hai” slogans were raised during a rally addressed by Pakistan Tehreek-e-Insaf (PTI) leader Sheikh Rashid Ahmed in Punjab province against Imran Khan’s ouster as the Prime Minister. These slogans were apparently aimed at the country’s Army.

Thousands of people gathered at Lal Haveli in Pakistan’s Punjab province against Imran Khan’s ouster. During the protest, the crowds referred to the Army as “Chowkidar” and called them “thieves” which was “stealing” Imran Khan’s mandate.

However, in a viral video, Sheikh Rashid, the former Interior Minister was seen trying to stop the protestors from raising the slogan against the country’s Army. “Don’t raise slogans… we will fight with peace,” he said.