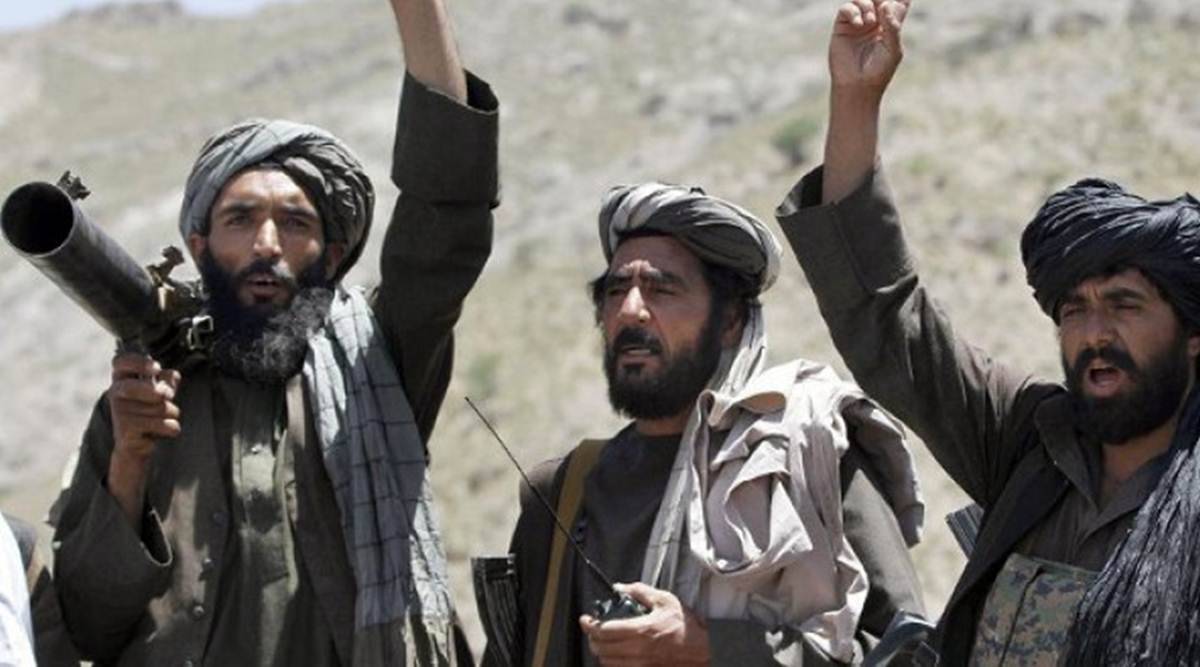 Pakistan-based terror groups Lashkar-e-Taiba (LeT) and Jaish-e-Mohammed (JeM) are present in Taliban-controlled parts of Afghanistan where they run training camps and have deep links with the ruling regime, including meetings at the top level, according to the latest report of the UN monitoring team on Afghanistan.

The report also states that the Al Qaeda in Indian Subcontinent (AQIS) has between 180 and 400 fighters, including “nationals from Bangladesh, India, Myanmar and Pakistan…located in Ghazni, Helmand, Kandahar, Nimruz, Paktika and Zabul Provinces”.

However, it adds that while Al Qaeda “enjoys greater freedom under the new Afghan regime”, it is “unlikely to mount or direct attacks outside Afghanistan for the next year or two, owing to both a lack of capability and Taliban restraint”.

The report cites a member state to state that “JeM maintains eight training camps in Nangarhar, three of which are directly under Taliban control”. LeT is “said to maintain three camps in Kunar and Nangarhar” andhad “provided finance and training expertise to Taliban operations” earlier.

“The same member state reported that in January 2022, a Taliban delegation visited a training camp used by LeT in the Haska Mena district of Nangarhar,” it states. “In October 2021, according to one member state… LeT leader, Mawlawi Assadullah, met with Taliban Deputy Interior Minister Noor Jalil,” it states.

The report refers to JeM as a Deobandi group that is ideologically closer to the Taliban. “The leader of the group is Masood Azhar, and Qari Ramazan is the newly appointed head of JeM in Afghanistan,” it states. On LeT, the report notes: “Within Afghanistan, according to one member state, it is led by Mawlawi Yousuf.”

The monitoring team assists the UN Security Council’s sanctions committee, and this report is its first since the fall of Kabul in August 2021. Circulated among UNSC sanctions committee members, the report provides guidance for the UN’s future strategy towards Afghanistan.

At present, India is the chair of the UNSC sanctions committee, and Russia and UAE are the vice-chairs — the committee has all 15 members of the UNSC.

The report also says that the Taliban “appear confident in their ability to control the country and “wait out” the international community to obtain eventual recognition of their government.

According to the report, the strength of groups like ISIL-K have declined, and they are not believed to be “capable of mounting international attacks before 2023 at the earliest”.

The report also details for the first time the internal power struggle within the Taliban, the emerging power structure in the regime, and the arms and weapons left behind by the US and NATO forces.

Internal tension: It states that about 180 senior Taliban reportedly travelled for deliberations with Taliban leader Hibatullah Akhundzada for a three-day jirga from March 22-24 in Kandahar.

“The gathering revealed some divisions within the movement, as consultations on key policy decisions ended with Hibatullah backing the decision to ban girls’ education. It exposed Kandahari versus Haqqani, Kandahari versus de facto cabinet, and military versus ulema rivalries. There was no Tajik or Uzbek representation, and key figures such as [Foreign minister] Amir Khan Motaqi… were absent,” the report states.

“The foremost internal division within the Taliban has been defined by opposing views between moderate and hardline blocs. The moderate bloc consists of senior Taliban, including Mullah Baradar, Sher Mohammad Abbas Stanekzai, who believe the Taliban must engage in working relationships with foreign partners and be integrated into the international system, especially global finances,” it states.

“Independent, to a degree, from either bloc are Sirajuddin Haqqani and the Haqqani Network who are seen to be more closely aligned with the hardliners but adopt a pragmatic approach to securing Taliban interests,” it states.

According to the report, the Kandahari (Durrani) Taliban are assessed to be in the ascendancy among the Taliban’s leadership.

Haqqani and pushback: The report states that the Haqqani Network moved quickly to secure control of certain key portfolios and ministries: interior, intelligence, passports and migration. Prominent de facto ministerial positions secured by the Haqqani Network include those occupied by de facto Interior Minister Sirajuddin Haqqani and de facto Minister for Refugees Khalil Ahmed Haqqani, according to the report.

“Nonetheless, there has been pushback against the Haqqanis. During the March jirga in Kandahar, it emerged the Haqqanis had expected an endorsement of Sirajuddin’s elevation to Deputy Prime Minister. This did not materialize. A decision to conduct house-to-house searches in Kabul was made without Sirajuddin being consulted and without Haqqani commanders being exempted from the searches, actions seen as challenging Haqqani’s authority,” it states.

Arms in Taliban hands: “A few member states report that the Taliban claim to have 40 operational aircraft. Currently, these are believed to include two Mi-17 helicopters confirmed as operational, along with two UH-60 Black Hawks, two MD-530 Cayuse light helicopters, two Mi-24 helicopter gunships and one fixed-wing transport aircraft, all of which have been observed flying,” the report states.

“Flying these aircraft has propaganda value for the Taliban but little military utility. For the few aircraft in service, the Taliban lack parts, trained mechanics to maintain them and, most importantly, pilots to fly them,” it states.