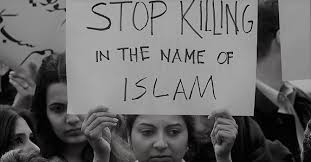 Pakistan’s blasphemy laws carry a potential death sentence for anyone who insults Islam. This is mainly used as a tool to persecute minority faiths and unfairly target minorities.

This Law was first collated by India’s British rulers in 1860. The purpose was to contain religious strife between Hindus, Muslims, Christians, and Sikhs across British-ruled India. It protected places of worship and sacred objects and made it a crime to disturb religious assemblies, to trespass on burial sites, and to deliberately insult the religious beliefs of any person, punishable by up to ten years in prison.

The law was further expanded in 1927, a time when British India was under a time of political tension and antagonism between different communities, hence the law was tightened.

British law was enacted in 1860, and dictates it a crime

The maximum punishment under these laws ranges from one year to 10 years in jail, with or without a fine.

After the Partition of Undivided India on August 14th, 1947, Pakistan came into existence. Pakistan inherited these laws but under the military government of General Zia-ul Haq, between 1980 and 1986, several clauses were added to the laws. His main agenda was first to “Islamicise” these Laws and second to separate the Ahmadi community legally. Although Ahmadis have already been declared non-Muslim in 1973, from the main body of Pakistan’s overwhelmingly Muslim population.

In 1980, making derogatory remarks against Islamic personages was made an offense, carrying a maximum punishment of three years in jail.

In 1982, Dictator added another clause prescribed life imprisonment for the “willful” desecration of the Koran, the Muslim holy book.

Finally, General Zia-ul Haq introduced the clause “295-C” which dictates “The use of derogatory remarks against the Prophet Muhammad a crime punishable by death, or life imprisonment”.

And there was only one politician in the Pakistani Parliament who opposed it. His name was “Muhammad Hamza”.

In 2009, the same year Asia Bibi was arrested, Politician Hamza who lives in his old constituency, the Punjabi city of Gojra, made international headlines after a series of attacks targeted the city’s biggest Christian settlement.

Who Are Actual Victims Of Blasphemy Law?

For decades, the Human Rights Commission of Pakistan (HRCP), the voluntary organization has been documenting blasphemy cases in Pakistan. The Commission states that the majority who are booked under Blasphemy laws are Muslims, very closely followed by the Ahmadi community.

However, another organization called the National Commission for Justice and Peace (NCJP) shows different data. Its report says that a total of 1540 have been booked under this law.

Data provided by National Commission for Justice and Peace (NCJP) shows a total of 776 Muslims, 505 Ahmadis, and 229 Christians and 30 Hindus have been accused under various clauses of the blasphemy law from 1987 until 2018.

The vast majority of these cases were lodged for the desecration of the Koran and fewer for blasphemy against the Prophet Muhammad.

But the facts are that Pakistan minorities figure so prominently in the blasphemy cases which clearly shows how the laws are unfairly applied. Additionally, the laws are used often to settle personal scores and have little or nothing to do with religion.

Those who are mere accusation of blasphemy is enough to make someone a soft target for Jihadi hardliners, as is defending those accused of blasphemy or even for those who are calling for the laws to be reformed.

It is believed that the vast majority of Pakistani people support blasphemy laws and also the fact that blasphemers should be punished, but very little has an understanding of what the religious scripture says as opposed to how the dictator codified this law.

Conversely, many in Pakistan, where literacy rate is just 58% from the previous 60%  and 40% of the population lives below the Poverty line from 31.3% in June 2018, as per Pasha in an article that first appeared in Business Recorder believed the law, as codified by the military regime of General Zia-ul Haq back in the 1980s, is straight out of the Koran and therefore is not man-made.

In 2011 when Salman Taseer Punjab Governor, a prominent critic of the blasphemy law, was assassinated by his bodyguard in 2011, Pakistan’s population was divided and Jihadi hardliners hailing the governor killer as a hero.

On March 2nd, 2011, another Pakistani Leader Shabazz Bhatti Religious Minorities Minister, a Christian, was also shot dead in Islamabad just after a month Taseer was killed because he also spoke out against the laws.

When Mumtaz Qadri, the bodyguard who killed Punjab Governor Taseer, was executed in 2016, he was treated as Hero and thousands of Hardliner Jihadi turned out for the funeral.

Although many popular Pakistan secular parties Pakistan Tehreek-e-Insaf (PTI), Pakistan People’s Party (PPP), Pakistan Muslim League (PML) always have blasphemy laws amendment on their agenda but no progress has been made principally because of sensitivities over the issue, and no major party wants to antagonize the Hardliner Jihadi parties.

Sherry Rehman a member of the ruling Pakistan People’s Party (PPP), introduced a private bill to amend the blasphemy law in 2010. Her bill sought to change procedures of religious offenses so that they would be reported to a higher police official and then the cases heard directly by the higher courts. Although this changed bill was passed on to the parliamentary committee for vetting but was finally withdrawn in February 2011 under pressure from religious forces as well as some opposition from other political groups.

The current Pakistan’s Prime Minister Imran Khan had also vowed to defend the country’s strict blasphemy laws in the run-up of the 2018 general election which he finally won in October 2018.

Pakistan’s top advisory body on religious affairs Council of Islamic Ideology (CII), headed by Qibla Ayaz, in an interview in February 2019, stated that no government will ever be ready to make changes to the blasphemy law due to fears of a backlash even though they have it on their Election Manifesto. And, the status quo is still in place to date.

He further mentioned that he had advised Pakistan’s Ministry of Law and Justice to suggest penalties for misuse of this law. And the law department has yet to make any recommendations in public.