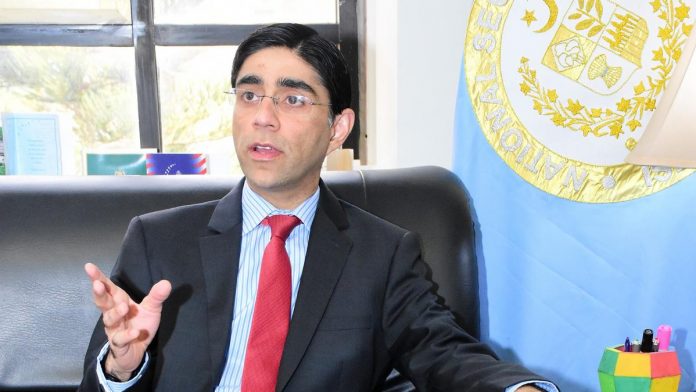 Pakistan’s National Security Adviser Moeed Yusuf and representatives from China are unlikely to visit India to attend the talks to be hosted later this month by India’s NSA Ajit Doval on the situation in Afghanistan, ThePrint has learnt.

Multiple diplomatic sources told ThePrint that Yusuf has turned down the invitation extended by India last month, citing the reason that his country will not attend any meeting where there is no representation from the Taliban regime from Afghanistan.

According to the sources, the NSA-level talks, expected to take place around 10-13 November, are now likely to go ahead without Pakistan and China. India has also invited Russia, Iran, Uzbekistan and Tajikistan for the meet.

Addressing a press conference Tuesday in Pakistan after signing a security protocol agreement with Uzbekistan, Yusuf said: “It may be a luxury for the Western world sitting 10,000 miles away (to not bother about Afghanistan) but we do not have any option to disengage from Afghanistan.”

On being asked if he planned to visit India for the talks, he replied, “I will not go. A spoiler cannot play the role of peacemaker.”

Explaining Pakistan’s support for the Taliban dispensation in Kabul, the NSA said the world needs to engage with them in order to prevent a humanitarian crisis.