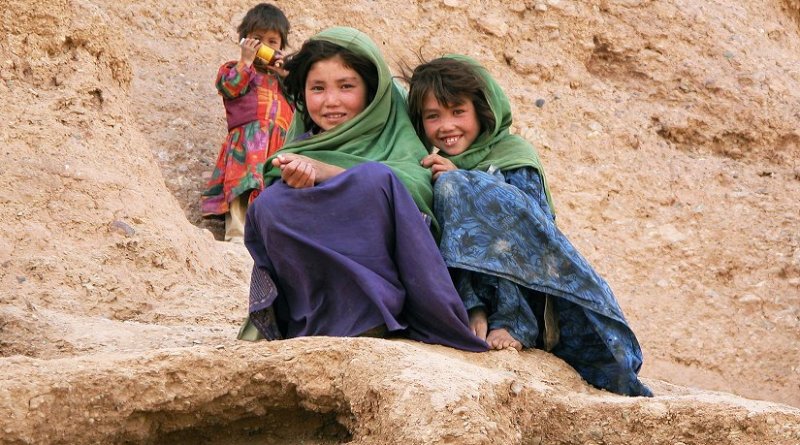 President Biden’s announcement last month regarding an unconditional US military withdrawal from Afghanistan has altered the geopolitical landscape of the region. Russia and China are cautious of a potential spillover of militancy into their borders. Iran and Saudi Arabia are moving towards normalization of ties. India has shown resentment over a move that would see its influence in Afghanistan diminished. But none of them face as perplexing a situation as faced by Pakistan – a country that will have to make tough choices in the days to come.

For decades now, Pakistan has been regarded as the mediator of choice when it comes to negotiations with the Taliban. It has been widely credited for bringing the Taliban on board with the Afghan peace process. The relations between the Pakistani establishment and the Taliban are no secret – the former is believed to hold significant influence over the latter. With the Taliban now increasingly becoming stronger within Afghanistan, many believe the present course of events project a win for Islamabad.

As it turns out, such a view is quite myopic. At present, the Taliban are preventing substantial progress in the intra-Afghan negotiations, biding their time till the departure of US and NATO troops. In the past two weeks, there has been an escalation in the number of skirmishes between the Taliban and Afghan security forces, both vying for control over areas previously under supervision of US troops. President Biden’s announcement seems to have emboldened the Taliban, who are now more likely to pursue a hostile takeover of the country rather than accept a political settlement based on compromise.

Islamabad’s recent activities suggest that it is not too keen on the idea of the Taliban having absolute power in Afghanistan. Since last year, Pakistan has sought to diversify its options by cultivating relations with multiple political actors in Kabul. It first hosted Dr Abdullah Abdullah, who leads Afghanistan’s High Council of National Reconciliation – a person previously sidelined by Islamabad. And later a visit was arranged to Kabul by a Pakistani delegation led by Prime Minister Imran Khan. More recently, Pakistan was part of the extended Troika meeting that urged parties in Afghanistan to reach a political settlement, condemning violence and cautioning against a potential Spring offensive by the Taliban – one that seems to have already begun.

Pakistan’s preference of a political settlement that sees the Taliban having a share of power rather than absolute Taliban control over Kabul is based on a couple of reasons. First, Islamabad’s influence over the Taliban has waned over the past decade. Earlier relations between both parties were an extension of the spirit of Afghan Jihad against the Soviet Union. The Taliban’s previous leadership has now been replaced by a new generation, embodied by the likes of Mullah Yaqoob and Mullah Abdul Hakim Ishaqzai, who have not operated side by side with Pakistani intelligence officers, nor have they been acculturated through long stays in Pakistan. Their present relation with Pakistan is one of convenience, and one that is likely to weaken once the Taliban move out of their position of dependence.

Second, if the Taliban – who are mostly ethnic Pashtuns – hold a monopoly on power in Kabul, it is likely that it would incite Pashtun nationalism on Pakistan’s western border. Pashtun nationalism lies at the base of Pakistan’s longstanding border dispute with Afghanistan over the Durand line. Islamabad wants a government in Kabul that would see a favorable resolution to this dispute but a Taliban regime provides no such guarantees – especially, given the fact that the Taliban were against it when they previously held power.

But there is a catch to not supporting the Taliban’s complete hold on power: it provides maneuvering room for Pakistan’s traditional rival, India. The current political establishment in Kabul has developed cordial relations with New Delhi over the past two decades. During this time, India has invested over $3 billion in Afghanistan, developing its soft power while strategically encircling Pakistan and thwarting Islamabad’s strategic depth doctrine. Any political arrangement that comes out of the intra-Afghan negotiations is likely to have elements of the current political establishment, and hence, some level of Indian influence in it. India could leverage its economic strength to improve its position in the new dynamic arising after a successful dialogue. Islamabad would want to see this influence diminished but its only available option to avoid this outcome is backing the Taliban’s hold on power and dealing with its repercussions.

Moreover, even if the previously mentioned dilemma does not play itself out and Islamabad finds the perfect balance between both options, there are other factors at play that do not bode well for Pakistan. Over the past four decades, more than 4 million Afghan refugees have made their way across the border into Pakistan. Not only will it be a challenge for Islamabad to ensure the return of these refugees, it might also face blowback as a result of demographic changes caused by their return.

But an even worse situation seems to be on the cards for Pakistan. The current course of events in Afghanistan makes the possibility of stability unlikely in the near future. In the best-case scenario, a political settlement might be reached in which the Taliban have a significant hold on power. Given the record of the Taliban’s previous regime, some are predicting that more refugees will flow out of Afghanistan even if the best case scenario is realized. Pakistan, being an immediate neighbor, will have to bear the brunt of this regional refugee influx. Such a situation would have extreme effects on Pakistan’s economy, which is already struggling as the result of the pandemic.

In the past, as much as 75% of Kabul’s expenditure was supported through foreign assistance. The withdrawal of US troops marks a decrease in the United States’ interest in the region and makes the future of foreign assistance to Afghanistan uncertain. Over the years, the Afghan government has failed to develop substantial revenue sources that would sustain administrative functioning if foreign aid were cut off. On the other hand, the Taliban have greatly depended on the narcotics trade to finance their operations. A regime in Kabul under the influence of the Taliban might compensate for discontinued aid by turning to its current revenue source. Since most opium cultivation in Afghanistan occurs in the region bordering Pakistan, a significant rise in drug smuggling would be observed across the border – a challenge Pakistan previously faced in the 1980s. Such an outcome would have detrimental effects on Pakistani society, requiring years of effort and immense resources to counter it.

The present situation in Afghanistan marks out some very tough choices for Pakistan. On one hand, the Taliban’s rise to power will provide Pakistan with influence in Kabul. On the other, a strengthened Taliban are likely to act independently and against Pakistani interests. President Biden’s announcement seems to have ended the endless war for the United States. But for Pakistan, the real struggle might have just begun.