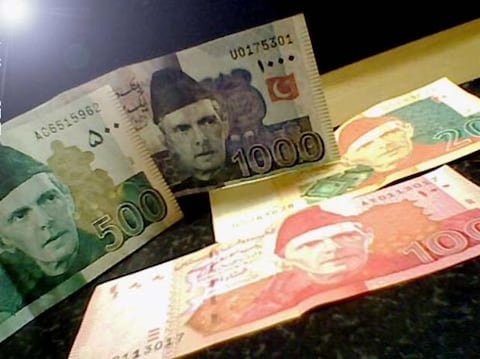 Cash-strapped Pakistan’s foreign exchange reserves have dropped to their lowest level since December 2019, owing to an increase in current account and trade deficits, higher external debt payments and dried dollar inflows, according to a media report on Friday.

As per data from Pakistan’s central bank, inflows clocked in at USD 16.4 billion in the week that ended May 6, from USD 16.5 billion a week earlier.

The country’s foreign exchange reserves declined by USD 178 million or 1.1 per cent on a week-on-week basis to stand at USD 16.376 billion, the central bank data showed.

The decline was attributed to outflows related to external debt repayments.

The reserves of commercial banks, however, soared up to USD 6.067 billion from USD 6.054 billion.

The falling reserves put pressure on the currency as it plunged to an all-time low of Rs 191.77 per dollar in the interbank market.

The delay in the revival of the International Monetary Fund (IMF) bailout along with the lack of pledges of funding from friendly countries is adding pressure to the foreign reserves and the local unit.

Pakistan-Kuwait Investment Company Head of Research Samiullah Tariq said the decline in the reserves was nominal.

However, in terms of imports cover, we are lower than three months, and we have to go into the IMF programme to stabilise the reserves, Tariq was quoted as saying.

Prime Minister Shehbaz Sharif, who took office last month after the ouster of Pakistan Tehreek-i-Insaf’s Imran Khan, faces a battle to secure the revival of the IMF bailout as a bailout is a prerequisite for further financial assistance from other bilateral and multilateral creditors.

The present government will also have to cut costly energy subsidies introduced by the then PTI government.

The move requires increasing petroleum and electricity prices to get the nod from the IMF for the release of the next loan tranche.

Rollover of USD 2.3 billion in Chinese commercial loans has also not been materialised yet, the report said.

Islamabad and the IMF will likely begin policy-level discussions on May 18 in Doha, which would depend on withdrawing fuel subsidies to resume the programme and extend its tenure by up to one year and size to USD 8 billion.

The new government’s reluctance to remove subsidies on fuel and electricity – which are the pre-conditions for the revival of the IMF programme – dampened investors’ sentiment.

Moreover, investors are concerned about the falling foreign currency reserves – as the inflows from remittances and export proceeds are not sufficient to meet the market demand – amid growing external debt payments and soaring imports.

According to the government claims, the premier’s visit to Saudi Arabia was successful and the government has asked for a package of USD 8 billion but no signal has been received from the Saudi side yet.

In its latest report on Pakistan, the IMF has forecast an annual growth of 4 per cent, against the country’s central bank’s estimates of around 4.8 per cent.