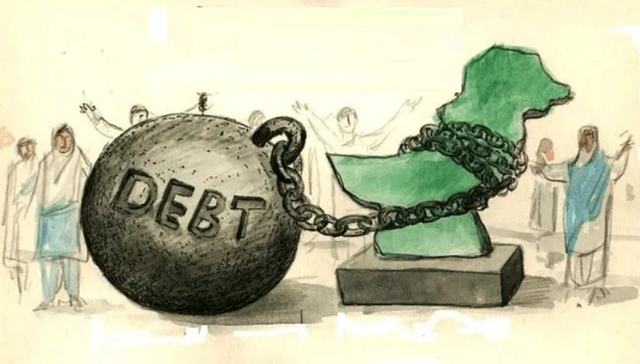 Behind Pakistan, the reason is as they say “YOU CAN CHANGE YOUR RELIGION, BUT CANNOT CHANGE YOUR FATHER”.

The Pakistanis, due to Umayyad Caliphate’s barbaric invasions changed their religion. And now they are trying to change their father. They are not taking pride that they carry the DNA of the founders of Great Sindhu/Sarasvati Civilization, the earliest civilization. They are searching their DNA among the Turks. What will happen? Neither they can derive the pride from the Ottomans as they were never part of it, rather they will lose their own identity. The easiest way to destroy a Civilization is to destroy its history. And that’s what the Pakistani Govt/Army is doing, in the same way as Gandhis/Communists in India.

USSR captures Afghanistan. USSR historically wanted to have access to Arabian sea, so Pakistan was next on line. US steps in and creates the Mujahids to fight the Red Army. Pakistan gives US the access to Afghanistan, and lieu of that Pakistan gets billions of dollars of aid from US, IMF and World Bank etc. The Pak Army makes merry. This period under Zia-ul-Haq is considered the “golden honeymoon period” Pak Army. Again, Taliban becomes strong in Afghanistan, US wants access which Pakistan gives and keeps getting generous aid from US and Pak Army make merry with the money.

But now comes Donald Trump as president in US. In the mean time, the democratic Govt. in Afghanistan has become stronger. Taliban has lost a lot of popular support and the Afghanistan Govt is not the same weak Govt of 1990s which the Taliban could simple topple. Now Trump thinks, why to waste the tax payer’s money for Pakistan. He suspends all aid to Pakistan. What Pakistan does now? It reached out to counties like China, Saudi, UAE. They give loans to Pakistan. China is the biggest lender. China pressurizes Pakistan to make attempts dethrone Saudi as leader of Organization of Islamic Cooperation (OIC). Saudis are frustrated and ask back loans. Pakistan borrows money from China to repay the loans to Saudi.

As of December 2020, Total Public Debt and Liabilities of Pakistan is estimated to be about ₨44.978 trillion/US$283 billion which is 98.7 percent of gross domestic product (GDP) of Pakistan. About ₨24.309 trillion is owed by the government to domestic creditors, and about ₨2.3 trillion is owed by Public Sector Enterprises (PSEs).

Similarly, as of December 2020, external Debt of Pakistan is now around US$115.7 billion. Pakistan owes US$11.3 billion to Paris Club, US$33.1 billion to multilateral donors, US$7.4 billion to International Monetary Fund, and US$12 billion to international bonds such as Eurobond, and sukuk. About 15% of the external debt which is estimated around US$17.1 billion (6.15% of GDP) is owed to China due to China-Pakistan Economic Corridor.

Situation of Pakistan is as follows:

What should it do?

Pakistan should realize that Hinduism which started in the Indus valley Civilization is its true self, not the Jihadist Ideology which was forcefully imposed on it. If that change in thought happens, Pakistan will realize that It is a part of “Bharat” not the “Caliphate” which will solve all its problems.