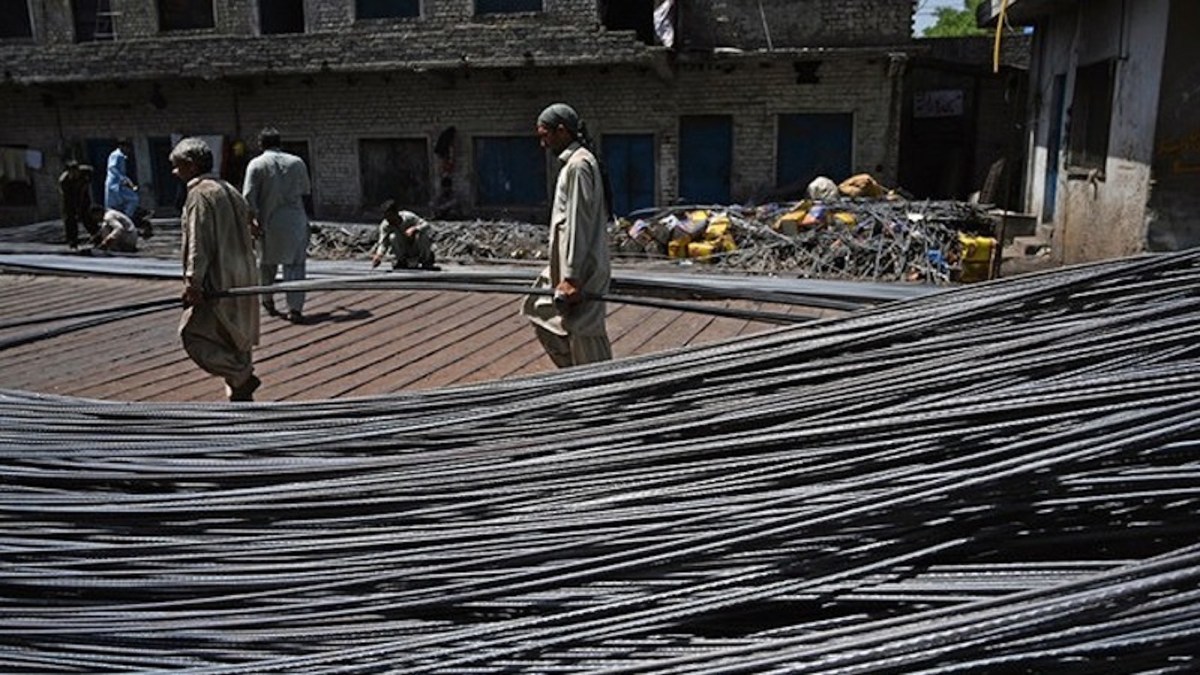 The use of Chinese steel in Beijing-funded Belt and Road projects in Pakistan is raising hackles with local producers who claim cheap imports are pushing the local industry to a breaking point.

This month, the Pakistan Association of Large Steel Producers (PALSP) sent a plaintive plea to Prime Minister Imran Khan seeking a ban on duty-free Chinese steel imports, which the lobby group claimed is no better in quality or other specifications than locally produced steel rebar.

The imported steel is being used in China-Pakistan Economic Corridor (CPEC) projects, the US$60 billion initiative that is driving much of Pakistan’s infrastructure development including on ports, roads and power plants.

“It is high time for our decision-makers to realize the situation and promote the domestic industry, which is the backbone of the country’s economy,” the PALSP’s letter said.

“If we continue to rely on imports, this will result in the capture of our entire market by foreign entrants, and above all, it will immensely increase the burden on the balance of payment position,” it said.

Pakistan Tehreek-e-Insaf (PTI) senator and top steel magnate Nauman Wazir told Asia Times that he had taken up the matter of China’s duty-free privilege personally with Khalid Mansoor, special assistant to the prime minister on the CPEC who reputedly promised to ameliorate the local industry’s grievances.

“It is against the international business covenants to exclude someone from the bidding or place restrictions on them to be a part of the international consortium to qualify for a tender for the CPEC projects,” Nauman said, alleging non-competitive behavior on the part of Chinese construction companies.

A study carried out by the International Journal of Social Sciences, Humanities and Education (IJSSHE) showed in 2019 that Pakistani contractors consistently lost out to Chinese firms in CPEC projects.

The same study said that in many cases Pakistan CPEC implementation agencies have been ordered by Beijing only to invite Chinese companies in the bidding of many CPEC projects.

At the same time, Pakistan has given special exemptions to Chinese firms including on federal excise duties, sales taxes and import duties on construction material and goods. Chinese contractors are also allowed to import machinery and equipment from China without paying duties.

“Why don’t they allow tax exemptions to local manufacturers who can supply the same stuff and by doing so the local industry would also flourish?” Nauman asked.

He said Pakistani manufacturers were well-prepared to import steel raw materials under Duty and Tax Remission for Exporters (DTRE) rules and provide finished goods to the CPEC projects.

China has so far exported hundreds of million tons of steel to Pakistan, shipments that have helped to sustain its local industry, which previously faced market concerns of massive overcapacity for solely domestic use.

At the same time, CPEC infrastructure will streamline and enhance the security China’s global trade routes, which could come under threat at sea in any conflict with the US. The Beijing-funded Gwadar port, for instance, will reduce existing 12,000-kilometer global trade routes, including for crucial fuel imports, to a mere 3,000 kilometers.

Pakistan is contractually bound to use only Chinese products on various CPEC projects, resulting in the duty-free import of hundreds of thousands of tons of steel bars, cement, construction materials and prefabricated housing materials.

PALSP general secretary Syed Wajid Bukhari told Asia Times that his group was pressing the government to utilize only locally produced steel products in major CPEC projects to reap mutual benefits for the industry and the nation.

“The raw material like locally produced cement is already being utilized in these projects,” he said, adding that the government should curb the duty-free import of goods manufactured locally, especially steel, that face excess capacity.In 2015-16, China exported more than 100 million tons of steel to Pakistan, which represented half of China’s total global steel exports over the period. Pakistan’s imports of iron and steel from China were worth $646.7 million in 2020, official data show.