Pakistan is getting Chinese J-10Cs, which have Israeli connection but are no match for Rafale 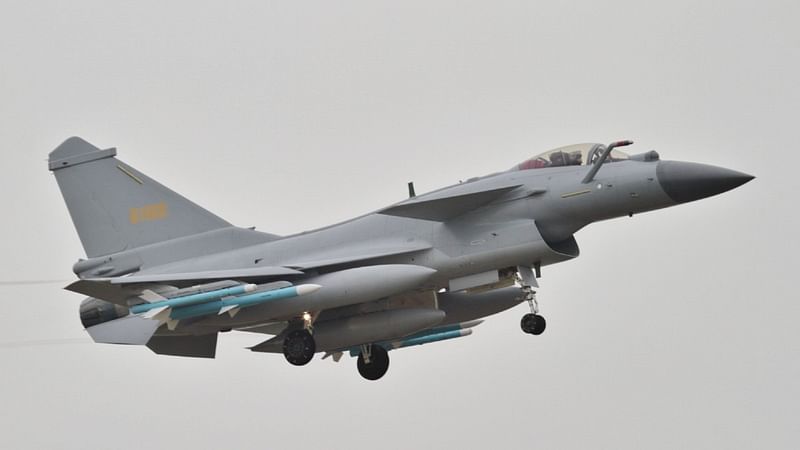 Pakistan is reportedly in the process of inducting 25 Israel-inspired J-10C fighter jets from China by March this year, a move which is being touted as a response to India’s acquisition of 36 Rafale fighters.

The announcement was made by the country’s Interior Minister Sheikh Rasheed Ahmed at a public event in Rawalpindi last week. Speaking at the event, the minister said the Pakistan Air Force will do a fly past with “25 J-10s” on 23 March, on the occasion of Pakistan Day, a celebration similar to India’s Republic Day.

The figure of 25 is puzzling because a squadron has 18 fighters, sources in the defence establishment said, adding that it is most likely that some of these fighters will be used for further research and integration by the Pakistan Aeronautical Complex and with the country’s combat training school.

Also, while Rasheed Ahmed said 25 aircraft will do fly-past and the acquisition is a counter to India’s Rafale, there is a possibility that Pakistan may actually be getting more.

While it is not yet clear if Pakistan is actually buying the fighters, which have been in service with the People’s Liberation Army Air Force (PLAAF) since early 2000s, or getting them on loan from China, aviation experts and sources said that the J-10C, which is the latest variant, cannot be compared to the Rafale.

Why J-10C and Rafale are different

Comparison between J-10C and Rafale is not possible, primarily because the latter is a twin-engined fighter with a globally recognised missile system and the latest electronic warfare suite.

The J-10C, which Pakistan has been eyeing for long, is actually a single engine fighter, which is in a different league than the Rafale. The design and inspiration for the J-10C comes from a junked Israeli fighter programme of the 1980s, defence sources explained.

The main issue with the J-10C is the engine, which is having issues. They were using Russian engines and are now using their own developed engine. The other issue is with the AESA radar, a technology which the Western world has mastered and China is yet to,” Air Marshal Anil Chopra (retd), director of the think tank, Centre for Air Power Studies, told ThePrint.

He added that the J-10C cannot be compared to the Rafale as both are of different class in terms of weight and weaponry.

“The main air-to-air missiles of J-10C are the PL-15 Beyond Visual Range (BVR) missile, whose range is known only by what China claims,” he said.

The Chinese claim that the PL-15 has a range of about 140-150 kilometres, which is actually similar to that of the Meteor on the Rafale, which has been tested and is recognised, unlike the former.

Chopra also said the electronic warfare suite on the Rafale is the latest and cannot be compared to Chinese technology, which has not been tested in an actual warfare scenario.