Pakistan is pursuing an unrelenting assault on journalism 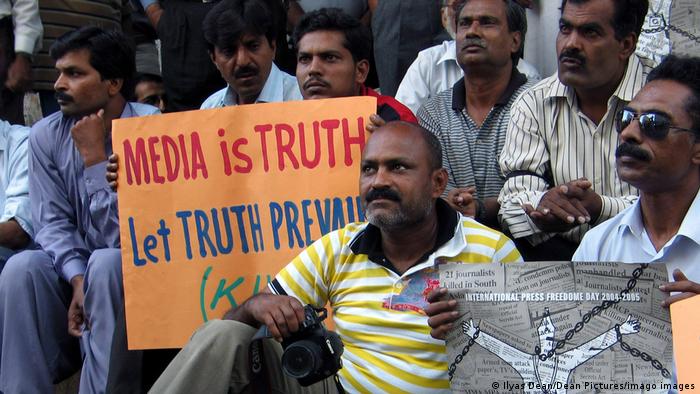 Pakistan is a country of euphemisms. You find them everywhere. From male impotence to the country’s most feared intelligence agency — there’s a euphemism for everything considered too “sensitive.”

Quite naturally, the military and its intelligence agencies are among the more “sensitive” entities in Pakistan. They don’t like being named. So, when journalists and members of the public refer to them, they use a range of phrases. The military is “the establishment.” The Inter-Service Intelligence (ISI), the leading spy agency, is the “agriculture department,” or simply, “the aliens.” Enforced disappearances are “trips to the northern areas.”

So I was quite surprised when Asad Ali Toor, a Pakistani journalist, quite openly referred to the ISI saying that persons identifying with the intelligence service attacked him at his home last month. He was gagged, tied up, and severely beaten with a pistol butt. He’s the second journalist physically assaulted in the previous two months alone. In April, Absar Alam, a prominent journalist and commentator, was shot just outside his home. Both had criticized the military, especially the ISI, days before the attacks.

In July 2020, another prominent journalist, Matiullah Jan, was “picked up” from outside his wife’s school. Luckily, his abduction was caught on camera, and following a severe backlash, he was released late into the night.

All these attacks occurred in the capital Islamabad, known for its extensive surveillance camera system, and yet no progress has been made to arrest the culprits.

To make matters even worse, journalists protesting these attacks also face unpleasant consequences. Hamid Mir, Pakistan’s best-known TV news anchor, was taken off air by his channel after he criticized the military at a protest against the attack on Asad Ali Toor. He said his family was also being threatened. Mir later apologized for his speech, saying he didn’t intend to “defame” the military. His media group’s owner had spent months in jail over what Human Rights Watch said were “politically motivated charges.” Mir himself, along with other critical journalists, face sedition charges.

Unfortunately, the attacks on journalists are part of a broader assault on civil liberties in Pakistan. Several human rights activists and opposition politicians face arrests and “treason” charges.

While journalists and rights groups point their fingers towards the military, Imran Khan’s government has continued a policy of gaslighting them. In a BBC interview, Pakistan’s minister for information bragged about taking notice of the latest attack on Asad Ali Toor. When pressed over the ISI’s alleged role, he said it’s “fashionable” in the western media to accuse the agency and that individuals lie about the intelligence agencies to be able to claim asylum — or “to get immigration,” as the minister put it. Khan himself has laughably claimed that Pakistan’s media were freer than their British counterparts.

In a similar duplicitous fashion, Khan’s government is pursuing a journalist protection bill as well as an ordinance to establish a “media development authority,” which has been unanimously condemned by journalist and rights bodies as “draconian in scope and devastating in its impact.” Dawn, Pakistan’s respected English daily, has termed the law “a declaration of war against journalists.” The proposed authority could exercise almost total control over print, broadcast, and digital media.

Having covered Pakistan’s press freedom landscape for several years, the government’s ill intentions are strikingly clear to me. I have documented the assault on Dawn newspaper, which included choking its circulation, harassment of journalists associated with it, and accusations of “anti-state” activities.

With or without euphemisms, it’s apparent that Pakistan’s military doesn’t like independent journalism. And by aiding and abetting the assault on journalism and gaslighting those who are attacked, Imran Khan’s government has also made a choice — for all the world to see.