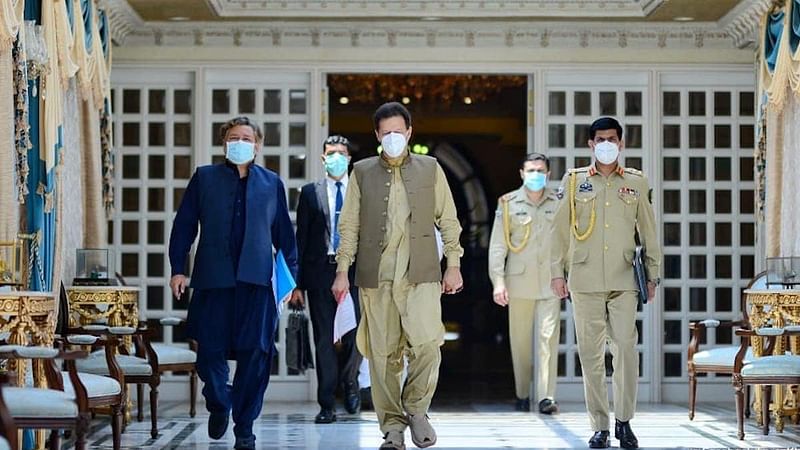 At one level, there’s no need to write this article on Pakistan in 2022. Any account of Pakistan has little positive at any time, either this year, or in the past decade. Yet, there are some dangerous aspects to Pakistan’s status that needs to be identified and monitored in the year to come, and perhaps solutions need to be found. That may seem unrealistic. But the truth is, you can’t change your neighbours. But if one is slipping down the slope into chaos, it might be necessary to reach a hand out to stop them. One could alternatively hold their head underwater until they succumb, and that’s also a choice to be taken. So, here’s looking at some of the major trends in Pakistan, and a look-out notice for the future.

Trend one – Pakistan is sinking into its own jihadi strategy

Once a tool in the hands of the Pakistani army, religious extremism is now firmly part and parcel of Pakistani politics, from the prime minister downwards to a series of apparently ‘anti-State’ protesters, all of whom claim to speak for Islam. That includes Tehreek-e-Labbaik Pakistan (TLP) chief Saad Rizvi, who stirred up thousands onto the streets on the issue of blasphemy, demanding the expulsion of the French ambassador after French President Emmanuel Macron declared the ‘right to blaspheme’ and freedom of speech. Rizvi was first arrested and his organisation proscribed in a show of State firmness. As violence escalated, a predictable U-turn followed, leading to his release, withdrawal of proscribed status, and TLP likely becoming a ‘kingmaker’ in the next general election.

That’s quite a rise from 2018, when the TLP was patronised by the establishment to cut down Nawaz Sharif, the prime minister at the time, which is it did most successfully, winning the third largest vote share in the general elections. What’s notable is that the TLP stance on ‘Islamophobia’ was completely endorsed by PM Imran Khan and the French ambassador summoned, even though France is one of the top five creditors to Pakistan. This is not the PM upstaging the Right. It’s the convictions of a prime minister who doesn’t hesitate to pontify on Islam at the slightest opportunity and base his foreign policy on his self-assumed role as leader of the Islamic Ummah.

Traditional religious parties like the Jamaat-e-Islami (JeI) soon learnt intelligent lessons. From mid-2021, the Jamaat took the lead in the massive protests in Gwadar on the platform of “Baloch ko haq do”. Helmed by Maulana Hidayat-ur-Rehman, the provincial general secretary of the JeI, it was backed solidly by the party as well as various nationalist leaders and even separatists like Allah Nazar. The Jamaat is not in the least anti-establishment, but it knows a good cause when it sees one that will propel it in elections. The huge might of the JeI meant that the State preferred to parley, rather than use the traditional fist. Further on to the west, is the successful return of Maulana Fazlur Rehman and his party Jamaat Ulema Islam in local body polls trouncing the ruling Pakistan Tehreek-e-Insaf (PTI). The underlying drift to the Right that now characterises Pakistan, evident as people celebrated the ‘victory’ of the Taliban, will be understood by the mainstream parties, who will inevitably move to the Right to capture this fundamentalist vote, and thereby push Pakistan even more towards extremism. In a country that is already in severe economic straits, that’s a dangerous drift.