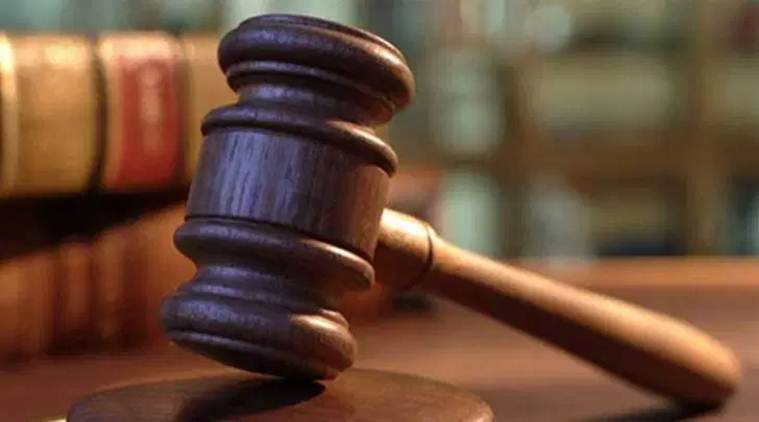 While speaking at the Asma Jahangir Conference in Lahore on Saturday, Chief Justice of Pakistan [CJP] Justice Gulzar Ahmed said that “We [judges] work and will continue to do so without pressure.” However, not everyone agreed and the cynics had good reasons for their scepticism.

Just last week, retired Justice Rana M Shamim [former chief justice [CJ] of Sindh High Court who also served as chief judge of the Supreme Appellate Court Gilgit Baltistan], made a stunning revelation that shook the people’s faith in Pakistan’s judiciary. In a notarised affidavit, he claimed being witness to an incident in which former CJP Saqib Nisar had [apparently at the behest of the army] directed a high court judge to make sure that former Pakistan Prime Minister Nawaz Sharif and his daughter Maryam Nawaz “must remain in jail until the [2018] general elections are over.”

Justice Shamim’s claim has been outrightly denied by former CJP Justice Nisar, but being the ‘accused’, this denial ultimately boils down to his word against that of his colleague. Justice Shamim’s son Ahmed Hassan Rana [a supreme court advocate] appeared on TV and by saying that his father, who had earlier served as vice president of Pakistan Muslim League- Nawaz [PML-N] in Sindh, “has remained [Sharif’s] lawyer, so the two have relations; they have direct relations,” hinted that his father’s affidavit may have been motivated by past loyalties.

Yet, not many are willing to buy this insinuation as it’s highly implausible that a former judge who held the coveted chief judge post of Gilgit Baltistan’s Supreme Appellate Court would be so naïve or pliable as to commit perjury by filing a false affidavit. So, what could have made him take this step?

Usually, there are two reasons that makes officials speak out against their own organisation or the establishment- one, on being left-behind in the career progression ‘race’; two, on falling from grace. In the case of former Justice Shamim, none of these factors are applicable. Furthermore, release of an audio tape of the purported conversation between former CJP Nisar and a subordinate judge by a different source buttresses Justice Shamim’s assertion and adds credence to the contents of his affidavit.

Whereas the former CJP Nisar has claimed that “I have never spoken to the person in the audio call,” and even said that the audio tape is “fabricated,” the following issues definitely tilt the balance in former Justice Shamim’s favour:

It may nevertheless be reasoned that drawing deductions from an isolated incident is unscientific and misleading- an argument that’s absolutely correct. However, Justice Shamim isn’t the only one talking about pressure being exerted on the judiciary by Rawalpindi. In July 2018, while addressing the Rawalpindi Bar Association Justice Shaukat Aziz Siddiqui, a serving senior judge of Islamabad High Court [IHC] candidly admitted that:

He further revealed that the ISI had told IHC Chief Justice Muhammad Anwar Khan Kasi “We do not want to let Nawaz Sharif and his daughter come out [of jail] until the elections. Do not include Shaukat Aziz Siddiqui on the bench [hearing their appeals].” With Justice Siddiqui also claiming that Pakistan army was exerting pressure on the judiciary through ISI, Justice Shamim’s assertion of Pakistan military’s determination to keep the Sharif father and daughter duo behind bars till elections, gains yet more strength.

Justice Siddiqui had neither lost the career progression race, nor suffered any disgrace when he spoke out against the army. Au contraire, he was amongst the senior most judges of IHC and very much in the running for CJ of IHC. That he was subsequently removed from office for his anti-army comments by the President and not impeached is a clear case of judicial expediency to avoid skeletons tumbling out of Pakistan army’s cupboard- another indication that there could be some substance in his claim of army interference in judicial process.

So, while the current CJP may put up a brave face and maintain that “We work and will continue to do so without pressure,” there’s no denying that the army directly or indirectly does interfere with the judicial process in Pakistan, and besides judges, even former President and ex-army chief Pervez Musharraf has openly admitted this.

In 2016, when asked by a TV anchor as to how did he managed to get the court directive prohibiting him from leaving Pakistan revoked, Gen Musharraf smugly replied “Once he [Gen Raheel Sharif, the then army chief] got the government to relieve the pressure that they were exerting, the courts gave their judgement and allowed me to go abroad for treatment.” Could there be a more damning proof of army manipulating the judiciary in Pakistan?

There are no two views that army does at times interfere with the judicial process. Nevertheless, it would be a grave mistake to conclude that the judiciary in Pakistan is Rawalpindi’s ‘lapdog’, as many judges have upheld rule of law even at the cost of annoying the military, which is indeed very reassuring. A few examples:

In the final analysis, while the judiciary in Pakistan is doing an excellent job, it’s the army’s interference in the judicial process that’s making people wary of the country’s legal system and hence, only Rawalpindi can remedy this malaise. This isn’t very difficult as the only thing that Pakistan army Generals have to do is to respect the country’s constitution by paying heed to LHC’s seminal observation that “The uniform of the army is for service and not to rule as a King”!