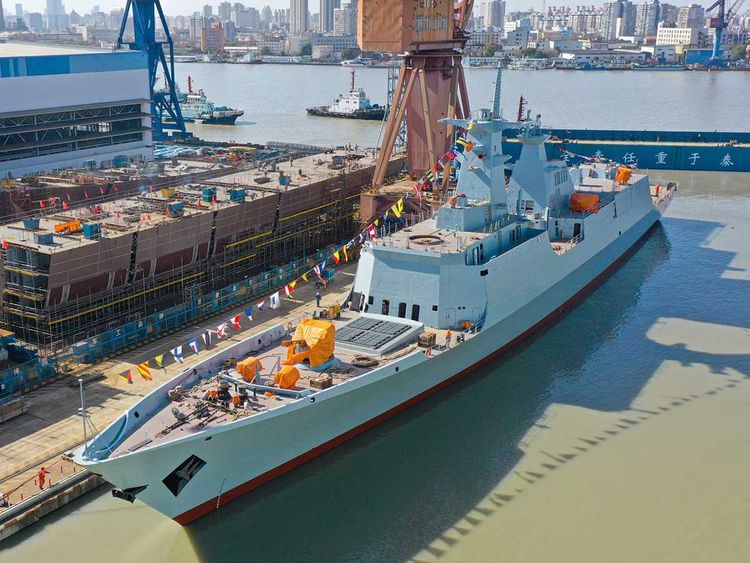 China’s state-run Global Times reported that Pakistan had inducted the PNS Tughril as Pakistan declared it will “safeguard sea routes” along the China-Pakistan Economic Corridor (CPEC).

The warship is reportedly fitted with “state-of-the-art weapons and sensors”, the Chinese daily said. The ship is also equipped with surface-to-surface cruise missiles including anti-submarine warfare torpedoes.The induction ceremony for the Type 054A/P frigate was attended by top Chinese officials.

Last month China had launched three warships including the Type 054A/P Tughril-class warship meant for the Pakistan Navy with one landing port dock for the Thai royal navy.

The Chinese daily said China and Pakistan had signed a deal for four Type 054A/Ps four years ago. Other major projects between the two countries include collaborations over F-22P frigates including helicopters and Azmat missiles.

Global Times quoted Pakistan’s chief of the naval staff admiral Muhammad Amjad Khan Niazi as saying that the country had signed a deal for Hangor-class submarines including unmanned combat drones with China.

The Type 054A/P frigate is set to guard China and Pakistan’s interests along the CPEC sea routes.

China has invested heavily in the CPEC project in Pakistan with deals worth $54 billion as part of President Xi’s Belt and Road Initiative(BRI) while upgrading infrastructure, power lines to link the Xinjiang region and Pakistan’s Gwadar port.

However, there has been large scale resentment against China’s projects among local Balochs who say they have been deprived of jobs with most claimed by outsiders. There have also been a series of attacks on CPEC projects which has forced the Pakistan security forces to deploy their personnel in the region to counter the violence