Pakistan on horns of a US or China dilemma 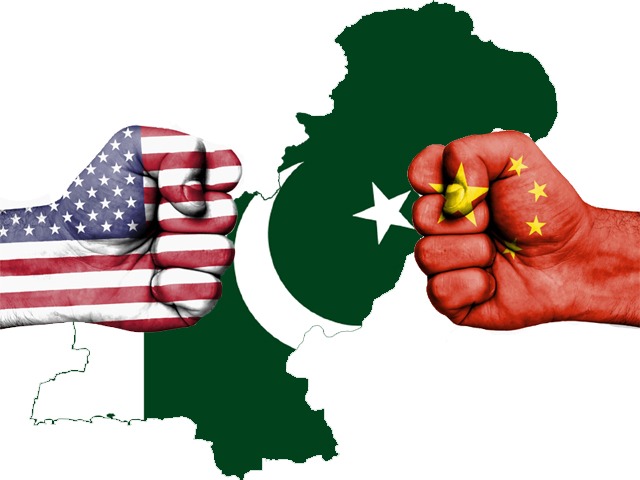 The Biden administration is looking to end America’s “endless war” in Afghanistan while shifting its attention to containing China, a geopolitical shift that will put Pakistan on the horns of a strategic dilemma.

The extent to which China is on Biden’s geostrategic radar was apparent in the recent first-ever Quad summit-level meeting, which sought to put the US, Japan, India and Australia on the same strategic page.

The virtual meeting is being followed up by an extensive foreign tour by America’s military and diplomatic chiefs this week to Japan, South Korea and India, where they will look to affirm US military links and build deterrence vis-a-vis China.

Amid all the summitry and jet-setting, Pakistan notably is not a stop-over destination and so far has no role in Biden’s alliance-building against China. Indeed, the US currently does not have a permanent ambassador in Pakistan as relations plumb their lowest ebb in two decades, or since the beginning of the Afghanistan war.

Pakistan-US ties have traditionally coalesced under the shadow of big geopolitical events, starting with the Cold War to the related Soviet-Afghan war to the 9/11-inspired “war on terror” and its associated war in Afghanistan, which 20 years later is just now edging towards a possible conclusion.

The prospect of an end to the war in Afghanistan and the beginning of a new era of US-China confrontation has created a geopolitical conundrum that Pakistan is struggling to crack. Islamabad wants to maintain good ties with the US despite no overwhelming geopolitical reason for Washington to embrace them.

With Pakistan now seen as a strong economic and military ally of China, the question confronting Pakistani policymakers is: can Pakistan afford to jump on the US anti-China bandwagon and can it manufacture a non-terrorism-related geopolitical reason to revive its ties with the US?

Not only has China invested billions of dollars in China-Pakistan Economic Corridor (CPEC) infrastructure and related projects in Pakistan, it has also in recent years become the country’s top supplier of weapons systems.

With Pakistan and China deepening their strategic ties, the Biden administration’s drive against China is a serious predicament whereby Pakistan cannot readily take sides as it did during the Cold War vis-a-vis the Soviet Union, or during the “war on terror” vis-a-vis the Taliban – and leverage the antagonism to its advantage with the US to further its own interests.

The scenario demands a carefully choreographed balancing act, one that enables Pakistan to maximize its interests without taking a confrontational position against either superpower.

While Pakistan’s economic ties with China have gathered apace, it still maintains import trade links to the US. By taking an overly pro-China policy, Islamabad would risk its trade and still-substantial economic assistance from the US.

Consider: Whereas China is now Pakistan’s biggest economic partner via the billions invested in CPEC projects, the US is still Pakistan’s top destination for exports, which include textile and agricultural products.

US imports of goods from Pakistan increased by 5.7% in 2019, with bilateral trade exceeding $6 billion.

Meanwhile, despite China’s multi-billion-dollar investments, Pakistan’s economy is still in the doldrums and in persistent need of US-led International Monetary Fund bailout packages.

Reliance on the IMF, however, represents its own predicament. The IMF is known to view China’s CPEC investments in Pakistan as a debt trap. As such, IMF packages have been linked with requirements of making the CPEC more transparent and open to scrutiny, which in turn has stressed Pakistan-China ties.

The big question confronting Pakistani policymakers is how to maintain trade and economic ties with the US without hurting relations with China.

On March 8, Pakistan formed an “apex committee” to seek and develop avenues to re-engage the US economically.

The committee has been formed in the wake of a recommendation by Pakistan’s Board of Investment to establish a new US-Pakistan economic zone near Karachi to boost bilateral trade.

The committee’s mission, a source familiar with the proceedings said, is to put Pakistan-US ties on a new course that prioritizes geo-economics more than geopolitics.

“This is how Pakistan can probably avoid any unnecessary entanglement in the US-China Cold War and establish a balance between its trade partnership with the US and deep economic and military ties with China,” the source said.

In other words, the challenge for Pakistani policymakers will be to avoid becoming a battleground for the US and China and position itself in a way where it can avoid situations where taking overt sides is necessary.

If history is any guide, however, Pakistan-US ties are largely driven by geopolitics.

As such, and as Biden looks to build an alliance of “likeminded” democracies against authoritarian China, Islamabad won’t easily shift the focus of Pakistan-US relations from security to economics.

Much will depend on whether Pakistan’s political leadership will be able to convince their American interlocutors in the Biden administration that the country has not taken China’s side in the emerging new era of geopolitical competition and is open to new US-led ventures and initiatives.