Pakistan, Quo Vadis (Where Are You Going)? 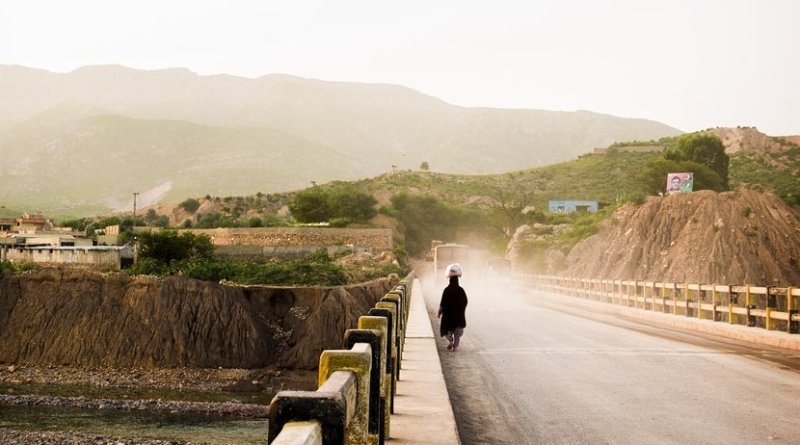 Pakistan’s place in a new world order is anybody’s guess. Recent Policies movessuggest options that run the gamut from a state that emphasizes religion above all else to a country that forges a more balanced relationship with China and the United States.

The options need not be mutually exclusive but a populous, nuclear-armed country whose education system is partially anchored in rote learning and memorization of the Qur’an rather than science is likely to raise eyebrows in Washington and Beijing.

Pakistan has long viewed its ties to China as an unassailable friendship and strategic partnership China but has recently been exploring ways of charting a more independent course.

Relations between Islamabad and Beijing were bolstered by an up to US$60 billion Chinese investment in the China Pakistan Economic Corridor (CPEC), a cornerstone of the People’s Republic’s infrastructure, transportation, and energy-driven Belt and Road Initiative.

Deeply indebted to China as a result of the Belt and Road that has significantly contributed to electricity supply and transportation infrastructure, Pakistan will have to tread cautiously as it explores the margins of its manoeuvrability.

Nevertheless, suggesting that CPEC may not live up to its promise to significantly boost the country’s position as a key Belt and Road maritime and land transportation hub, Pakistan recently agreed with Saudi Arabia to shy away from building a US$10 billion refinery and petrochemical complex in the port of Gwadar, long viewed as a Belt and Road crown jewel. The two countries are looking at the port city of Karachi as an alternative.

Gwadar port has been troubled for years. Completion of the port has been repeatedly delayed amid mounting resentment among the ethnic Baloch population of the Pakistan province of Balochistan, one of the country’s least developed regions. Work on a fence around the port halted late last year when local residents protested.

Building the refinery in Karachi would dent Chinese hopes of Gwadar emerging as a competitive hub at the top of the Arabian Sea. Doubts about Gwadar’s future are one reason why landlocked Tajikistan, as well as Afghanistan, are looking at Iranian ports as alternatives.

Saudi Arabia and Pakistan initially agreed on building the refinery in Gwadar in 2019 during a visit by Saudi Crown Prince Mohammed bin Salman. A Saudi-funded feasibility study has since suggested that Gwadar lacks the pipeline and transportation infrastructure to justify a refinery. The refinery would be cut off from Karachi, Pakistan’s oil supply hub.

In a similar vein, Pakistan has been discussing a possible military base in the country from which US forces could support the government in Kabul once the Americans leave Afghanistan in September under an agreement with the Taliban.

Washington and Islamabad appear to be nowhere close to an agreement on the terms that would govern a US military presence in Pakistan but the fact that Pakistan is willing to entertain the notion will not have gone unnoticed in Beijing.

Pakistan borders on China’s troubled province of Xinjiang, home to Turkic Muslims who face a brutal Chinese attempt to squash their religious and ethnic identity.

China fears that Pakistan, one of the few countries to have witnessed protests against the crackdown in the early days of the repression, could be used by Turkic Muslim militants, including fighters that escaped Syria, as a launching pad for attacks on Chinese targets in the South Asian country or in Xinjiang itself.

The notion of Pakistan re-emerging as a breeding ground for militants is likely to gain traction in Beijing as well as Washington as Pakistan implements educational reform that would Islamicize syllabi across the board from primary schools to universities. Critics charge that religion would account for up to 30 per cent of the syllabus.

Islamization of Pakistani education rooted in conservative religious concepts contrasts starkly with moves by countries like Saudi Arabia and the United Arab Emirates to de-emphasize religious education and ensure that it is more pluralistic. The two Gulf states have positioned themselves as proponents of moderate forms of Islam that highlight religious tolerance while supporting autocratic rule.

“Pakistan is an ideological Islamic state and we need religious education. I feel that even now our syllabus is not completely Islamized, and we need to do more Islamization of the syllabus, teaching more religious content for the moral and ideological training of our citizens,” asserted Muhammad Bashir Khan, a member of parliament for Prime Minister Imran Khan’s ruling party.

By implication, Mr. Khan, the parliamentarian, was suggesting that Pakistan was angling for a conservative leadership role in the Muslim world as various forces, including Saudi Arabia, the UAE, Turkey, Iran and Indonesia compete for religious soft power in what amounts to a battle for the soul of Islam.

The educational reform boosts Prime Minister Khan’s effort to be the spokesman for Muslim causes. The prime minister has accused French President Emmanuel Macron of peddling Islamophobia and demanded that Facebook ban expressions of anti-Muslim sentiment.

Critics warn that the curriculum will produce anything but a society that is tolerant and pluralistic.

Said education expert Rubina Saigol: “When the state aligns itself with one sect or a singular interpretation of religion, it opens the doors to sectarian conflict, which can turn violent… There is lip service to the ideas of diversity, inclusion and mutuality but, in reality, an SNC that is gender-biased, sectarian and class-based, will sharpen social differences, undermine minority religions and sects, and violate the principles of federalism.” Ms. Saigol was referring to Prime Minister Khan’s Single National Curriculum project by its initials.