Pakistan ramps up its ‘deception game’ as FATF deadline approaches 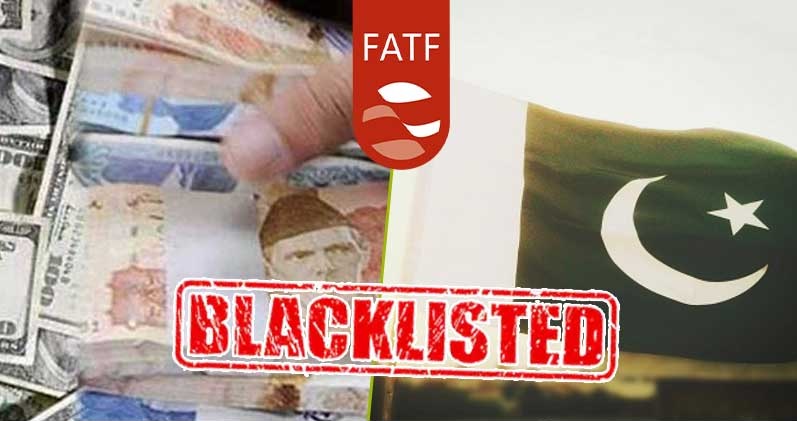 Pakistan has adopted a three-pronged approach to get out of the FATF watchlist, and prevent itself from sliding into the ‘black list’.

PARIS: As the deadline for Financial Action Task Force (FATF) listing approaches Pakistan has once again ramped up its deception games to convince the financial watchdog that it has tightened anti-money laundering and counter financing of terrorism (AML/CFT) regimes.

FATF will be deciding the fate of Pakistan regarding the listing in the last week of February.

In a special report of the Center of Political and Foreign Affairs on ‘Anti-Terrorism Task Force (CPFA)’, Ronald Duchemin wrote that Pakistan is pushing a propaganda effort to convince the FATF to take Islamabad out of the grey list and not push it into the black list.

However, the facts on the ground merit Pakistan being ‘black-listed’ for failing to deliver on its high-level political commitments to FATF, wrote Duchemin.

“Worse, Pakistan has been deceiving the Task Force by pretending to take action against internationally designated terrorist groups and their financial networks but only on paper. In practice, these terror groups continue to function openly and are collecting funds publicly,” he added.

In June 2017, FATF referred Pakistan to the Asia/Pacific Group on Money Laundering (APG) and sought a report to address concerns that Pakistan was not fully complying with curbs against terrorist entities designated under the UNSC 1267 committee. This was followed in February 2018 with the US, along with its close European allies, proposing that Pakistan be placed on the FATF ‘grey list’ for failing to comply with FATF guidelines on AML/CFT.

FATF placed Pakistan in the ‘grey list’ in June 2018. Since that time, Pakistan has adopted a three-pronged approach to get out of the FATF watchlist, and prevent itself from sliding into the ‘black list’. The first prong is passing a slew of laws, changed rules, regulations and procedures, making a show of acting against the UN proscribed individuals and organisations to fulfill its ‘high-level political commitment’, said the report.

The second prong is Pakistan playing the victim card by trying to blame its predicament on India. Pakistan has accused India of politicising the FATF, a tack it has routinely adopted on the eve of every FATF or APG meeting.

The third prong of the Pakistani strategy has been to launch a propaganda offensive that aimed to pressure, even shame, the FATF to cut some slack for Pakistan.

But the game plan of Pakistan has failed to convince the FATF which has found significant deficiencies in delivery on the ground. In other words, while on paper, Pakistan’s actions appear impressive, in practice and on the ground, virtually nothing changed.

With the FATF sword hanging over Pakistan’s head, the Pakistanis realised their old playbook wasn’t working and needed to be tweaked. They had to do something more to deceive the world. In July 2019, the top leadership of Jamaat-ud-Dawa and its wing Falah-e-Insaniat Foundation (JuD/FiF), including the chief Hafiz Saeed, his deputy Abdul Rehman Makki, Zafar Iqbal, Amir Hamza, were booked on terror finance charges in around two dozen cases.

A few days before the FATF meeting in February 2020, an Anti-Terrorism Court (ATC) handed down the first conviction to Hafiz Saeed and one of his associates Zafar Iqbal, sentencing them to five and half years on charges related to terror financing.

A careful reading of the judgment reveals that the conviction was on grounds of being a member of a proscribed organisation and for possession of property that was used by such an organisation. On the more onerous charge of funding terrorism, the judge did not accept the arguments of the prosecution.

Four months later in June 2020, another four leaders of JuD, including Makki (also an UN-designated terrorist) were convicted for varying prison terms, but once again on watered-down charges of money laundering, illegal fundraising and buying properties from raised funds. A couple of months later in August, Makki and another JuD leader Abdul Salam were released on bail by the Lahore High Court.

The most interesting case was however of the 26/11 Mumbai attacks mastermind Zakiur Rehman Lakhvi who had been released on bail by the Pakistani judiciary in 2015.

The speed with which these cases are being decided, which is extremely unusual for a country like Pakistan, certainly raises a lot of questions about the seriousness and sincerity with which Pakistani authorities are proceeding against the terrorists, their financing, and their organisations, said the report.

The trouble is that the judgments are not available in the public domain. It is therefore impossible to analyse the evidence that was presented or the arguments made by the prosecution to convince the court to convict the JuD terrorists.

In other words, with its back against the wall because of FATF pressure, Pakistan has taken the step to secure convictions against the terrorists which it thinks will help it get off the ‘grey list’. Once that happens, all these terrorists will appeal their sentences in the High Courts where each and every conviction will be set aside on purely legal grounds.

What this means is that the convictions have been done in a way that they will never stand the scrutiny of the higher judiciary. This is a sort of win-win for the terrorists and their patrons in the Pakistanis state, as well as the judiciary.

The modus operandi outlined above is exactly what has been followed in the case of the Al Qaeda terrorist Omar Sheikh who had been sentenced to death in the kidnapping and murder of the American journalist Daniel Pearl. The manner in which Omar Sheikh’s case was deliberately mishandled right from the beginning should have alerted everyone on how the case was being rigged to ensure it wouldn’t stand up in any court of law.

While much of the focus has been on the ‘crackdown’ on the JuD – this is quite natural considering that the entire FATF listing was predicated on this terrorist organisation operating without any let or hindrance in Pakistan – there has been virtually no action taken against an equally dangerous and deadly organisation – Jaish-e-Mohammad (JeM).

It was only in January 2021 that an ATC in Gujranwala had issued arrest warrants against the JeM chief Masood Azhar, who was designated as a terrorist by the UNSC in 2019.

The JeM footprint is not just enlarging in the Union Territory of Jammu and Kashmir (J&K) but is also useful in reaching out to Punjabi Taliban as well as strengthening the compact with the Afghan Taliban.

With Masood Azhar also the Pakistani state has followed the same template that is used for the JuD – when the heat becomes unbearable some cosmetic action is taken which is quickly overturned the moment the pressure eases up. In 2016, after the terrorist attack on the Indian airbase in Pathankot, the Pakistanis assured India of prosecuting the perpetrators. An FIR was filed but Azhar wasn’t mentioned in it.

Three years later, another terrorist attack by the JeM, this time a suicide bombing of a bus carrying security personnel in Pulwama in J&K killing over 40 of them, brought the two countries to the brink of war. Once again there was tremendous pressure on Pakistan to take action against Azhar. But Pakistan’s resorted with its characteristic dissembling with foreign minister Shah Mehmood Qureshi speaking with a forked tongue – first saying that Azhar was extremely unwell and hospitalised and then later accepting that the government was in contact with the JeM leadership and it denied any involvement in the Pulwama attack. There is therefore as yet no evidence that the Pakistani authorities are planning any action, not even cosmetic, against Azhar and his cohort.

It is quite clear that the so-called crackdown and convictions haven’t in the least impacted these organisations. Perfunctory monitoring of social media handles of associates, members and leaders of JuD and FiF reveals that the organisations remain not only active but are also able to collect/generate enough funds for the same.

The bottom line is that even as Pakistan makes a big show of the steps taken against the JuD, the organisation, its activities and its finances have continued as nothing has happened.

Even as Pakistan has been making a big show of how it is cracking down on terrorist financing and tightening its regulatory mechanisms to ensure that internationally designated jihadist terror groups like the JuD and JeM are unable to function, the JeM has actually managed to double its fund collection over the last year, wrote Ronald Duchemin.

Quite clearly, all the frenetic activity being undertaken by Pakistan to conform and comply with FATF recommendations is nothing more than an eyewash. The legal and regulatory changes, the convictions and sentencing of JuD leaders, the curbs placed on fund collection by terror groups, are all only on paper. At best they have had an impact on the margins. But in substantive terms, neither have the terror organisations been disbanded and made defunct, nor has there been strangulation of their funding, said the report.

By FATF’s own standards, the actions taken by Pakistan are neither credible, nor irreversible, and they are certainly not sustainable. Therefore, to allow Pakistan off the hook simply on the basis of actions on paper or the deception of convictions would tantamount to undermining the very purpose of FATF which is to curb terror finance and money laundering, said Ronald Duchemin.