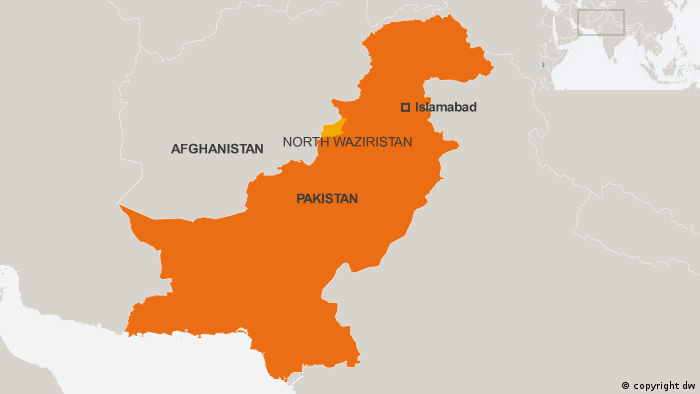 On July 6, 2022, an Army soldier, Sepoy Waheed Khan (23), a resident of Nowshera District, was killed during an exchange of fire with terrorists in the Mir Ali area of North Waziristan District in Khyber Pakhtunkhwa (KP).

On July 3, 2022, one terrorist was killed during an exchange of fire in North Waziristan District, when a group of terrorists from Afghanistan attempted to break the border fence near the Kanjeera and Wargar Sar military posts. One trooper, identified as Saqib, suffered injuries in the encounter.

On July 2, 2022, at least three terrorists were killed in an intelligence-based operation (IBO) in the general area of Ghulam Khan Kalay in North Waziristan District. The Inter-Services Public Relations (ISPR) said, the “killed terrorists remained actively involved in terrorist activities against security forces”. Arms and ammunition were seized from the slain terrorists.

On June 26, 2022, seven terrorists and two soldiers were killed during an exchange of fire in the Ghulam Khan Kalle area of North Waziristan District.

The 62 per cent surge in terrorism related violence in the first six months and eight days of 2022, in comparison to the corresponding period of the previous year is a matter of grave concern, particularly in view of the region’s violent past.

North Waziristan District falls under the Afghanistan-Pakistan border region, once described as the “most dangerous place in the world.” North Waziristan was one among the seven Agencies of the erstwhile Federally Administered Tribal Areas [FATA]. On May 31, 2018, FATA was merged with the KP Province and its status was changed from Agency to District, as was the case with the other six erstwhile Agencies. North Waziristan shares borders with Bannu, Tank, Dera Ismail Khan and Kurram Districts of KP in the North and Northeast; Sherani and Musakhel Districts of Balochistan to the south; and Khost, Paktia, and Paktika Provinces of Afghanistan to the west and north-west. Its strategically central and vulnerable location gives it tremendous importance for the terrorists.

Things changed with the launch of operation Zarb-e-Azb (Sword of the Prophet), on June 15, 2014, in the aftermath of the attack on the Jinnah International Airport, Karachi, on June 8-9, 2014. At least 33 persons, including all 10 attackers, were killed in the Karachi Airport attack, with TTP claiming responsibility.

Due to continuous operations in North Waziristan, terrorists shifted across the border to Afghanistan. After the start of operation Zarb-e-Azb on June 15, 2014, a July 7, 2014, report claimed that up to 80 per cent of terrorists fled after rumours of an Army assault emerged in early May, most over the porous border into Afghanistan. Similarly, after the launch of Operation Radd-ul-Fasaad on February 22, 2017, a March 8, 2017, report also confirmed that many terrorists managed to escape, slipping across the border to eastern Afghanistan.

As the Taliban started making deep inroads in Afghanistan in 2020, the terrorists who had escaped to Afghanistan received increasing support, regrouped, and started returning to Pakistan. Journalist Ihsanullah Tipu Mehsud, covering KP for The New York Times, observed, on August 3, 2020,

The security situation has worsened after the Taliban’s return to power in Afghanistan on August 15, 2021, with a surge in attacks in North Waziristan. According to partial data compiled by SATP, 139 persons (nine civilians, 52 SF personnel and 78 terrorists) have been killed in 60 terrorism-related incidents in Pakistan in the 328 days between August 16, 2021, and July 10, 2022. In the preceding 326 days (between August 14, 2021, and September 20, 2020) there were 95 fatalities (18 civilians, 31 SF personnel and 46 terrorists) in 36 terrorism-related incidents.

On April 28, 2022, KP Inspector General of Police (IGP) Moazzam Jan Ansari observed that terrorists were infiltrating from Afghanistan into the tribal Districts, to carry out attacks. He said that such incidents had taken place in Bajaur, as well as the North and South Waziristan Districts. IGP Ansari added that, on the Pakistani side, kinetic action was being taken against terrorists; however, the issues emanating from across the border needed to be taken up with Afghan authorities as, “We are facing problems from other side of the border.”

Despite the ongoing peace-talks in Kabul, between the Pakistan Government and TTP, facilitated by the Afghan Taliban, the violence in North Waziristan continues. If the violence remains unchecked, this region may rapidly spiral into escalating violence reminiscent of the 2005-14 period.