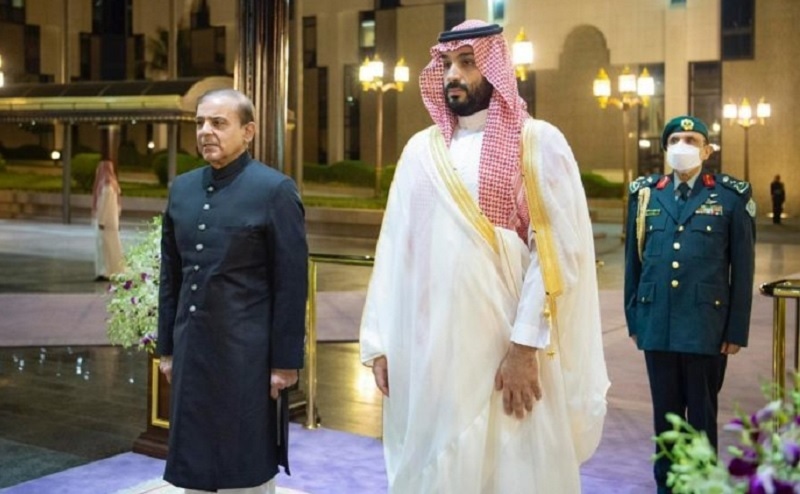 Saudi Arabia will extend an oil loan facility to Pakistan and is considering rolling over dollar deposits as the South Asian nation looks to rein in one of Asia’s highest inflation rates and stave off a current-account crisis.

Pakistan welcomed Saudi Arabia’s decision to extend the agreement to finance crude exports and oil derivatives, according to the statement, which didn’t offer details.

Sharif, who took office last month after a joint opposition ousted premier Imran Khan, faces the politically tough task of stopping Khan’s fuel subsidies and raising pump prices if he’s to get a loan from the International Monetary Fund.

Saudi Arabia pledged $4.2 billion in assistance to Pakistan when Khan visited the kingdom in October.

That included a deposit of $3 billion with the State Bank of Pakistan to help shore up its reserves and a facility to finance oil derivatives trade worth $1.2 billion during the year.

Sharif recently rejected a proposal from his minister to raise local fuel costs, days after vowing discipline to unlock $3 billion pending from an IMF loan agreement that was suspended amid the political turmoil in Pakistan. An IMF team will visit Pakistan after May 7 and hold talks on the issues around subsidies on petrol and electricity.

Pakistan has seen its foreign exchange reserves fall to less than two months of import cover after a delay in the IMF loan program. It is also resorting to power cuts as electricity plants face fuel and funding shortages.

Pakistan’s Punjab police booked ousted prime minister Imran Khan and 150 others, including some members of his former cabinet, in connection with the hounding of Prime Minister Shehbaz Sharif and his delegation at Masjid-e-Nabwi in Saudi Arabia, officials said.

Video clips circulating on social media showed some pilgrims — apparently supporters of Khan – calling Sharif a “thief” and “traitor” as he and other members of his delegation arrive at the Prophet’s Mosque in Medina on Thursday. The Pakistani pilgrims also used abusive language against the delegation members. Medina police claim to have arrested five Pakistanis involved in the sloganeering.