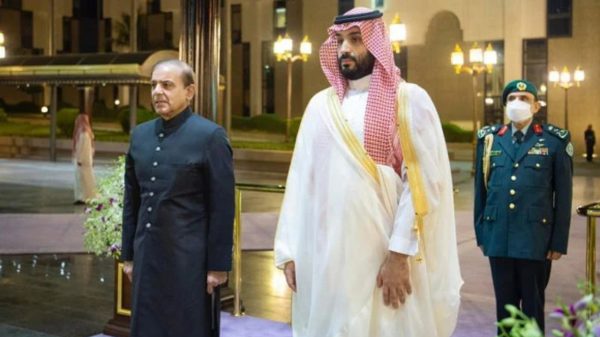 Pakistan, which is grappling with an economic slump, has secured a “sizeable package” of around $8 billion from Saudi Arabia during the visit of Prime Minister Shehbaz Sharif, reported local media.

The $8 billion package includes a doubling of the oil financing facility, additional money either through deposits or Sukuks, and rolling over of the existing $4.2 billion facilities, reported The News International.

“However, technical details are being worked out and will take a couple of weeks to get all documents ready and signed,” the media outlet quoted the top official sources privy to the development as saying.

Notably, Shehbaz Sharif and his official entourage have left Saudi Arabia but Pakistan Finance Minister Miftah Ismail is still staying there to finalize the modalities of the increased financial package.

Earlier in December 2021, Saudi Arabia had provided $3 billion deposits to the State Bank of Pakistan and also provided Pakistan with $100 million to procure oil after the Saudi oil facility was operationalized in March 2022.

Under the Imran Khan government, Saudi Arabia provided Pakistan a package of $4.2 billion, including $3 billion deposits and a $1.2 billion oil facility for one year.

Meanwhile, amid a combination of internal and external challenges of unpredictable tenure in Pakistan, the Ministry of Finance on Friday forecasted tough days ahead — including rising inflation, expanding current account deficit, higher fiscal deficit and dampening economic growth prospects.

According to the Finance Ministry, high international commodity prices not only keep inflation elevated, but they are also a burden on Pakistan’s external account and hence on its foreign exchange reserves, Dawn reported.

Moreover, economic activities in Pakistan’s main trading partners continue to remain slightly above the trend as some slowdown has been observed due to geopolitical uncertainty and a surge in commodity prices. If these tensions continue, the country’s growth may be affected as well.