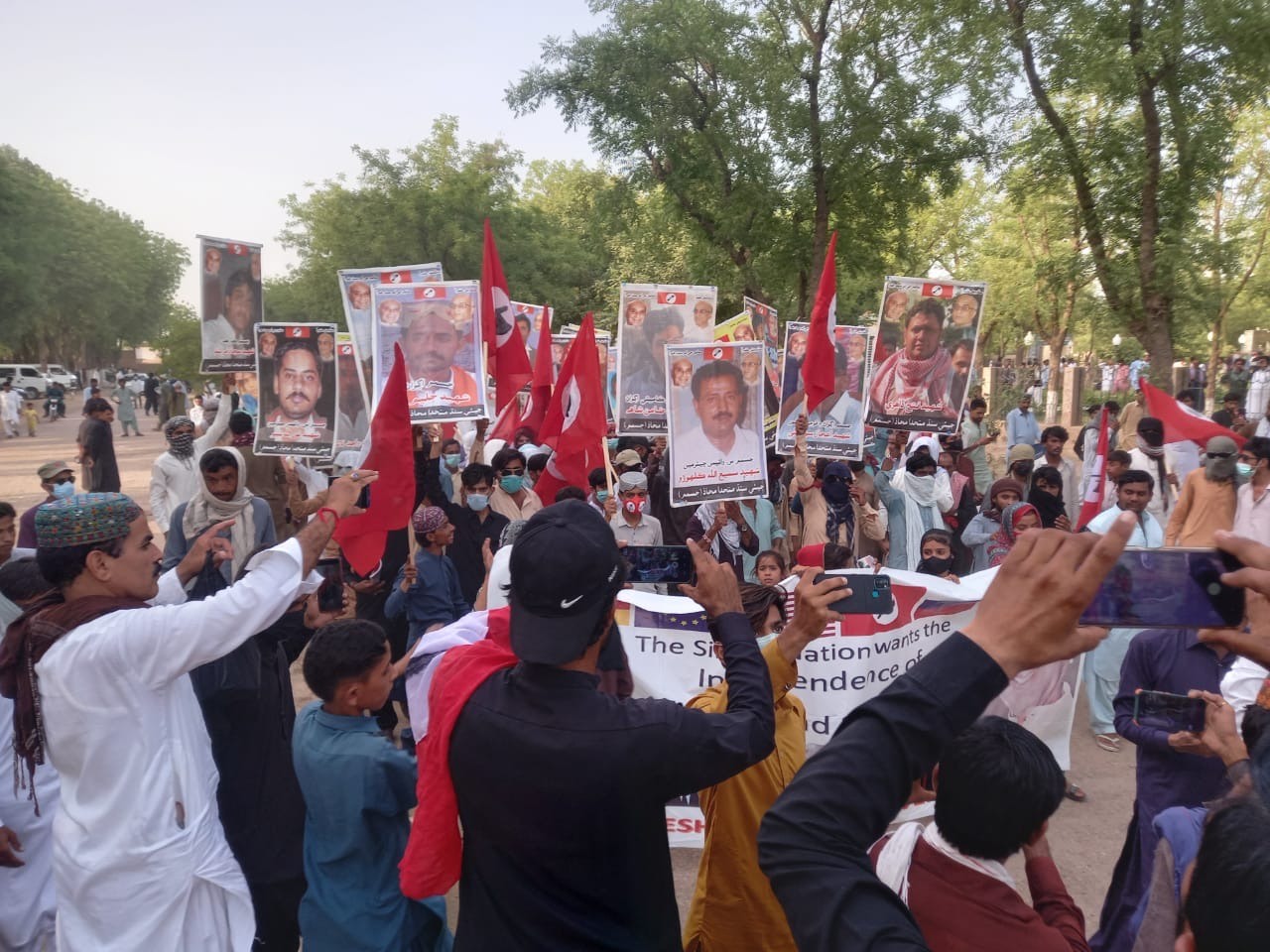 A massive protest rally was held in Sann city of Pakistan’s Sindh province on Monday to oppose China-Pakistan Economic Corridor (CPEC) and raise the issue of enforced disappearances and forced conversion of Hindu girls in the region.

“Pakistan is a religious extremist unnatural & terrorist state which has forcibly enslaved the Sindhi and Baloch nation through the deception of religion and the use of guns by the Punjabi army,” JSMM said in a statement.

“Sindhi and Baloch nations do not want to be slaves in Pakistan”, it said.

The pro-freedom Sindhis and Baloch activists believe that these regions are the historical nations that have been forcibly enslaved in the name of Pakistan.

Shafi Burfat, the exiled chairman of JSMM that Sindhi and Baloch nations do not want to live in Pakistan.

“The Sindhi nation rejects the construction of China’s Naval Base on the islands of Sindh,” he said, adding, “China’s presence on the Sindh coast is against the political, economic and strategic interests of the entire region. This will upset the balance of power in the region, increasing the likelihood of war in the region.”

“Sindhis are a historical nation Freedom is our natural right, the international community should help us politically and morally in the liberation of Sindhi nation”, demanded Burfat.