Pakistan Taliban on a renewed warpath in Balochistan 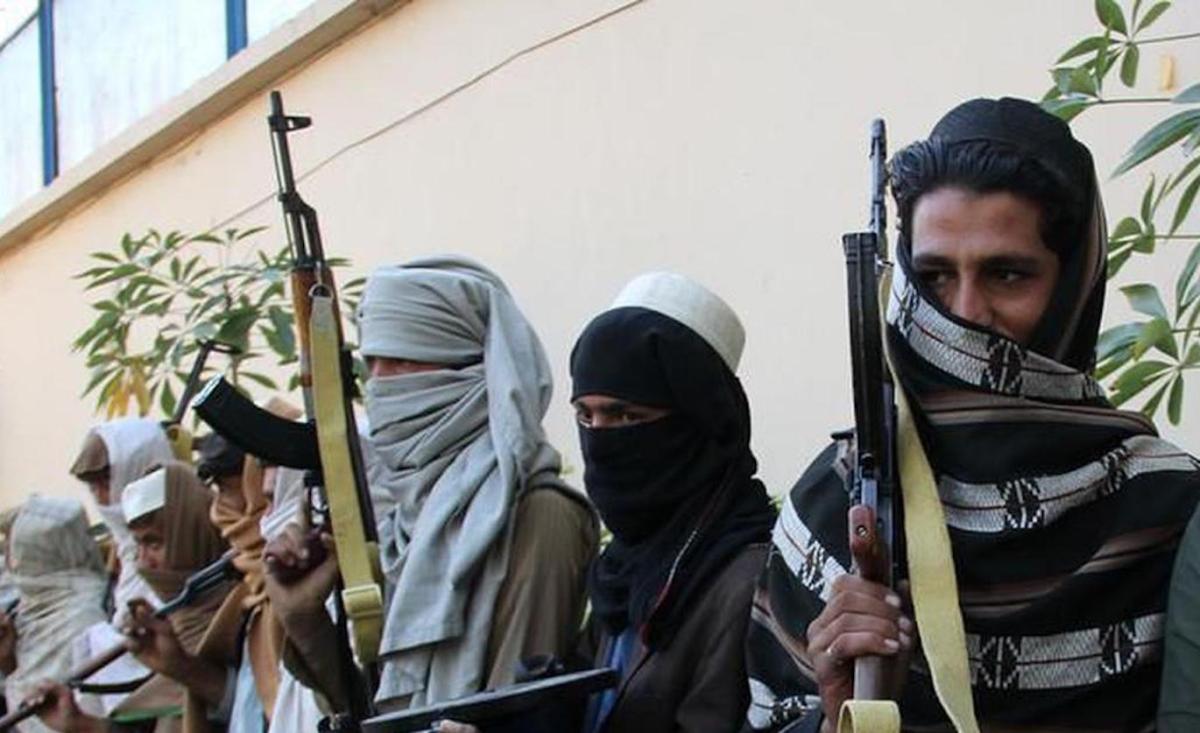 A surge in religious-nationalist militancy is turning Pakistan’s province of Balochistan into a new hot-bed of armed conflict, with waves of new violence aimed to hit the government’s plan to bring a “wave of development” through the China-backed Gwadar Port project and a possible US military return to the region.

Balochistan, which served as a political base for Afghan Taliban leaders under Pakistan’s watch for several years after the US invasion of Afghanistan in 2001, is now in the throes of surging Taliban-linked militancy, a clear signal that America’s troop withdrawal is fomenting new instability in the region.

The violence is rising just when the chairman of the China-Pakistan Economic Corridor (CPEC) authority, Lieutenant General Asim Saleem Bajwa, claimed in recent days that Gwadar Port and its associated Gwadar Free Zone would generate economic activities of around US$10 billion per year. He said the port would play a key role in lifting the impoverished province’s economic fortunes.

This upbeat line is diametrically opposed to the rising terrorist attacks launched from both Islamist and Baloch nationalist groups, which seek to implement Sharia law and establish an independent, breakaway “Greater Balochistan”, respectively.

On April 21, the Pakistan Taliban, likely encouraged by the Afghan Taliban’s probable victory in Afghanistan, staged a deadly suicide bombing in the parking area of the high-security Serena Hotel in Quetta.

That followed a mid-April IED attack that wounded 14 people at a football match in Balochistan’s industrial town of Hub. On May 24, at least five people were injured in a roadside bomb attack in Quetta.

That came within three days of an attack on a Palestine solidarity rally in the Balochistan provincial town of Chaman bordering Afghanistan that killed 7 and injured 14 others.

On May 5, a terrorist attack from across Afghanistan killed at least 4 paramilitary troops and injured 6 others. On June 1, at least 8 people were killed and 15 wounded in two separate attacks in Balochistan on security forces.

That attack took place in Turbat, which is situated less than 160 kilometers from Gwadar. It was claimed by the armed Baloch Liberation Army (BLA), which is now allied with the Baloch National Freedom Movement, an alliance that includes the BLA, Balochistan Liberation Front (BLF) and Balochistan Republican Army (BRA).

The rising Taliban and Baloch militant group attacks are separate from ongoing targeted sectarian killings of Balochistan’s minority Hazara community. Punjab-based militant groups, such as Lashkar-e-Jhangavi (LeJ), inspired by their sectarian ideology to “purify” Pakistan of “unbelievers” and “infidels”, continue to attack the beleaguered community. In one of its latest attacks, the group brutally killed 11 coal miners in January 2021.

Prime Minister Imran Khan’s response to a recent Hazara community sit-in in Quetta showed once again that the Pakistani state is unwilling to curb sectarian militancy that has long-targeted religious minorities, including the Hazara people and other Shia sects.

With Balochistan fast turning into a hub of sectarian, Islamist and nationalist militancy, the province’s envisioned future as a new hub of China-financed economic activity looks bleak.

The situation owes largely to the Pakistani state’s docile response to sectarian killings and its unwillingness and inability to control groups like the LeJ.

The revival of the Pakistani Taliban, meanwhile, is not only linked with the growing turmoil in neighboring Afghanistan caused by the US troop withdrawal, but also to growing differences between Pakistan and the Afghan Taliban, including over Pakistan’s growing new strategic engagement with the US.

The Afghan Taliban understand Pakistan’s insistence on establishing an inclusive political government in Afghanistan is a result of its efforts to recalibrate its relations with the US post-withdrawal.

That growing perception was confirmed when Pakistan said that its “war on terror” era contracts to provide US forces air and ground access to Afghanistan via its bases remain “valid and operational.”

The Afghan Taliban were quick to “urge neighboring countries not to allow anyone to do so” and that “if such a step is taken again, it will be a great and historic mistake and disgrace.”

The emergence and existence of Taliban-linked groups like the al-Qaeda-linked Tehreek-i-Taliban (TTP) in Pakistan, of course, is rooted in Pakistan’s participation in the US-led global “war on terror.” Most Taliban groups in Pakistan are under the TTP’s umbrella.

The fact that the TTP’s resurgence is coinciding with Pakistan’s apparent willingness to re-establish a military alliance with the US shows how anti-US sentiments could once again become the linchpin of these groups to continue their jihad vis-a-vis the Pakistan state.

Indeed, recent Pakistan Taliban attacks signal that any move made by Islamabad to allow US access to military bases will plunge all of Balochistan into instability and violence. Pakistani authorities have publicly said they will not allow any foreign boots on the ground.

Baloch separatist groups have likewise signaled they will leverage the Taliban’s ramped-up activities to expand their attacks against Pakistani military forces.

Baloch separatist groups, while not inspired by sectarian outfits or the Taliban, seek to establish an independent Balochistan state due mainly to the perceived systematic exclusion of their people from the political and economic structures of the state.

They see the China-backed Gwadar Port project as an extension of that exclusion. The 2019 Baloch militant attacks in Gwadar led the Pakistani army to fence off the port of Gwadar, in a bid to calm Beijing’s nerves amid flagging investment commitments.

The attack was a result of what local sources describe as systematic exclusion of the local population from employment at the port, as well as the selling of Baloch land to local and international companies for infrastructural development projects.

This is apart from the fact that China has already acquired operational rights for the port for the next 40 years, with almost 91% of total port profits scheduled to be reaped by Beijing.

While Balochistan’s various militant groups have different underlying reasons for their respective wars against the Pakistan state, it is significant that both the Taliban and Baloch activists are increasingly targeting the CPEC and other Chinese interests.

While the Baloch groups refer to China as an “imperial power”, the Taliban’s attacks on Chinese projects and officials are part and parcel of their agenda to force the Pakistan state into political submission.

Notwithstanding the various reasons driving these groups, Balochistan is undeniably on the verge of a major relapse into multi-dimensional instability, one that will result in an increased Pakistan military presence in the already heavily paramilitary- and military-patrolled province.

Indeed, reports indicate the Pakistan military is already on the hunt for land in Balochistan to build a new air force base that could conceivably allow for US access and operations.

For the Baloch people, especially hard-line separatists, more militarization will bolster their political and economic exclusion narrative, one that already views the province as a “Pakistani colony”, and fuel more anti-state violence that by association will target both Chinese and US interests.