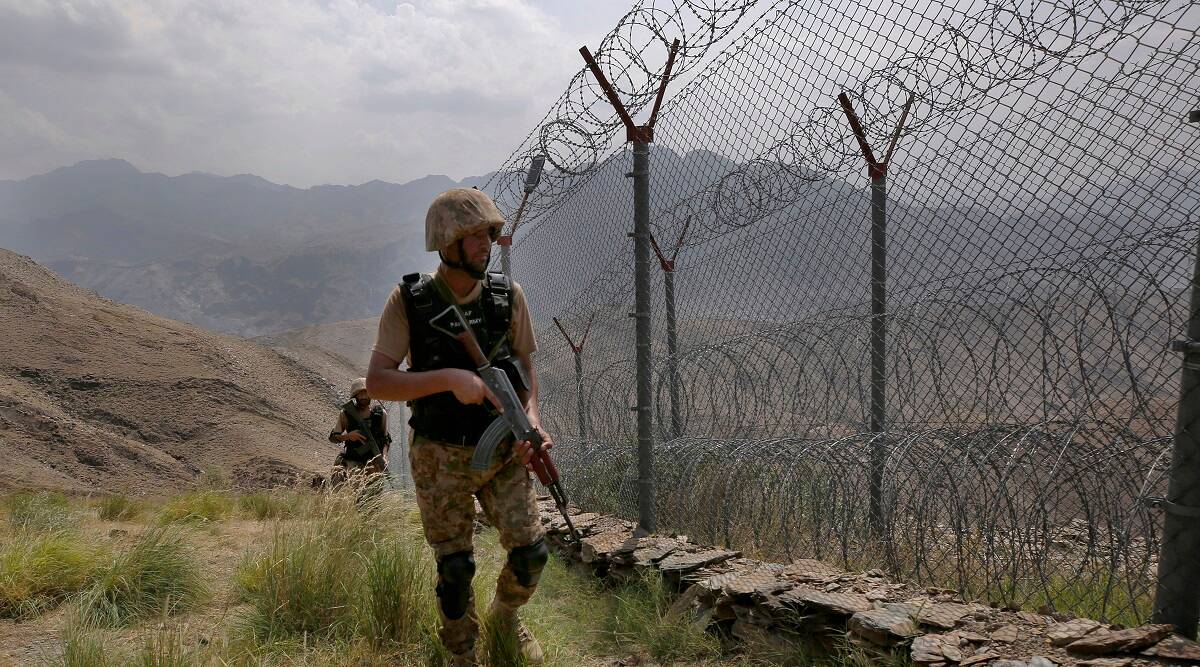 Pakistan and Taliban authorities in Afghanistan have resolved the recent row over border fencing by agreeing that further work on the project that led to a tense situation would be done through consensus, a media report said on Saturday.

A senior official, who spoke to a group of journalists on the background on Friday, said it has been decided at a senior level that fencing-related issues would in the future be dealt with through mutual agreement, he said.

The official, however, did not exactly specify at which level the talks between Pakistan and the de facto Afghan government were held after Wednesday’s incident in which Taliban fighters disrupted border fencing and took away spools of barbed wire, the Dawn newspaper reported.

The fighters had then also warned Pakistani soldiers against resuming fencing. The incident led to a tense situation in the area where it occurred, it said.

Defence ministries of the two sides later held talks on the issue. The Taliban ministry of the border and tribal affairs also reportedly took part in the parleys.

“The dispute has been quietly and calmly settled,” he said.

Pakistan has been fencing the 2600-kilometer-long border with Afghanistan since 2017 to end terrorist infiltration and smuggling despite very intense opposition from the neighbouring country, the report said.

Besides the erection of a fence, the project also includes the construction of border posts and forts, and the raising of new wings of Frontier Corps, the paramilitary force that guards the border.

The official said 90 per cent of the fencing had been completed.

A large part of the fence has been constructed in inhospitable terrain and in some places at very high altitudes. The fencing is expected to be completed at a cost of about USD 500 million.

Fencing has been a contentious issue in Pakistan-Afghanistan ties because the Afghans dispute the border demarcation done during the colonial period.

Pakistan, however, insists that the line separating the two countries, also called the Durand Line, is the valid international border.

The differences over the status of the border have been so intense that they have in the past resulted in several fatal clashes between the troops of the two countries.

Pakistani construction teams installing the fence have on a number of occasions endured cross-border attacks by terrorists, the report said.

Islamabad had always hoped that the Afghan Taliban would help in settling the longstanding matter. However, that has not been the case.

The Taliban did not resolve the issue when they were in control of Afghanistan from 1996 to 2001 and have not done anything substantive to address it this time either so far, the report said.

Taliban spokesman Zabiullah Mujahid, who is currently the acting culture and information minister, said in an interview days after the takeover of Kabul by the group on August 15, rejected the fencing of the border by Pakistan.

“The Afghans are unhappy and oppose the fencing. The fencing has separated people and divided families, he had said.

The official at the background briefing downplayed the Taliban’s opposition to the fencing project.

Fence is a reality. Nearly 90 percent of it has been installed. Not agreeing with it is not an option, he emphasised.

Responding to a question about talks with the banned Tehreek-i-Taliban Pakistan (TTP), which were being held in Afghanistan through the Afghan Taliban’s facilitation, the official said the dialogue is still continuing despite TTP’s announcement about not extending the ceasefire.

The talks are continuing and an effort is being made to reach a settlement. There are differences over TTP’s demand for the release of prisoners. The dialogue has, however, not reached a dead end, he said.

The TTP had on December 9 refused to extend the month-long ceasefire that started after accusing Pakistani authorities of not fulfilling their commitments. The ceasefire had begun on November 9 after initial progress in talks and it had largely held. The TTP resumed attacks soon after ending the truce.

The official sounded a bit disappointed with the Afghan Taliban on the TTP issue.

They have always asserted that they would not allow the use of Afghan soil against Pakistan, but practically we have seen no action, he said.