Pakistan: TLP A Thorn In The Flesh 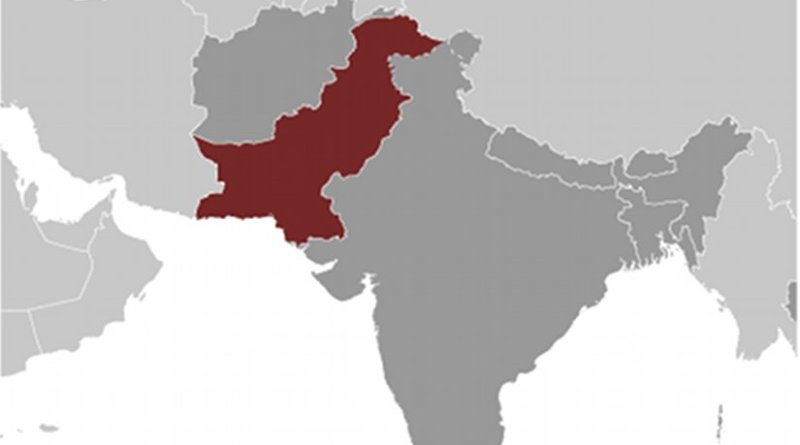 On October 27, 2021, at least four Policemen were killed and over 253 were injured, as thousands of followers of the proscribed Tehreek-i-Labbaik Pakistan (TLP) clashed with law-enforcement personnel near Sadhoke in the Gujranwala District of Punjab. Police said the clashes were triggered after they tried to block the TLP activists’ march towards Islamabad.

An unnamed Punjab Police spokesman said, “TLP activists used SMG, AK 47 and pistols to target police officials as the result of which several officials were martyred.”

The TLP, on the other hand, claimed that several of their activists had also been killed or wounded.

Earlier, on October 22, 2021, three Policemen were killed and multiple others injured in a clash with supporters of TLP near the Katcheri Chowk in Lahore, the provincial capital of Punjab. The Policemen were hit by a TLP vehicle. The TLP, meanwhile, alleged that its workers had to endure the “worst shelling in history” and were “attacked from all sides” near the Mao College Pul (Bridge), Lahore. They claimed that 500 workers were injured, while 15 were in serious condition. The clash took place when TLP cadres, who had launched their latest round of sit-in protests at Multan Road in Lahore on October 20, started marching towards Islamabad in the afternoon of October 22.

TLP has been adopting these violent measures to force the Government to release its chief, Hafiz Saad Hussain Rizvi, the son of its late founder Khadim Rizvi, who has been detained by the Punjab Government since April 12, 2021, under the Anti-Terrorism Act (ATA), 1997, under provisions for the “maintenance of public order.” TLP is also demanding the removal of the ban on the group imposed by the Government on April 15, 2021.

On November 8, 2020, TLP staged a massive rally at Sharea Faisal in Karachi, Sindh, and demanded severance of diplomatic ties with Paris, the expulsion of the French Ambassador to Pakistan Marc Barety, and a boycott of French products, in retaliation to President Emmanuel Macron’s statement that he understood the Muslims’ shock at the Prophet Muhammad cartoons, but, “I will always defend in my country the freedom to speak, to write, to think, to draw.” TLP asked the Federal Government to take “practical steps,” otherwise it would be compelled to take “extreme action.” TLP also urged the Federal Government to “declare jihad” against France. President Macron added, further, “Islam is a religion that is in crisis all over the world today, we are not just seeing this in our country.” Macron made these statements following the beheading of a French teacher in Paris on October 16, 2020. The teacher had shown caricatures of the Prophet Mohammed in a class.

take a decision from the Parliament regarding expulsion of the French ambassador within three months,not appoint Pakistan’s ambassador to France,release all the arrested workers of the TLP,not register any case against TLP leaders or workers after it calls off the sit-in.

Soon after the agreement, on November 19, 2020, TLP founder and firebrand cleric Khadim Hussain Rizvi died after an illness. His son, Saad Rizvi, took over as TLP chief.

TLP is a far-right Islamist political party, known for its countrywide street power and massive protests in opposition to any softening of Pakistan’s blasphemy law. The party has its roots in the Bareilvi sect of Sunni Islam and came into existence on August 1, 2015. The group gained notoriety after the hanging of Mumtaz Qadri, who was convicted for the assassination of the late Punjab Governor Salman Taseer. Qadri was one of Taseer’s bodyguards, and had reportedly been incensed by the Governor’s efforts to secure marginal amendments to the Blasphemy Law, as also his advocacy of Aasia Bibi, a Christian woman sentenced to death, purportedly for blasphemy.

Doubting the Government’s willingness to act on the November 2020 agreement, Saad Rizvi warned on January 3, 2021,

We’re bound to honour the agreement till February 17. A war for (protecting) the honour of the Prophet has been waged. If someone has some misunderstanding, it must be removed as we pledge that there shall be no delay in taking a decision after February 17. If you have forgotten the promise, see our history… You’ve got time until February 17 to expel the French ambassador.

However, on February 11, 2021, TLP called off its protest after a new agreement was signed between the party leaders and the Government in which it was decided that the latter would present the terms of the November 2020 agreement in the Parliament, before April 20, 2021.

Again, as the deadline approached and TLP felt that no efforts were being made by the Government to fulfil its commitments, Saad Rizvi issued a video message on April 11, 2021, mobilising TLP workers to prepare for a protest march if the Government failed to meet the deadline. Later, on the same day, he was arrested in Lahore.

As expected, violent protests started immediately across Pakistan and gained steady momentum. The Government banned TLP on April 15. Violence escalated further. On April 18, TLP cadres attacked the Nawankot Police Station in Lahore, Punjab, and took 12 Policemen hostage. They were driven to their Markaz (Centre) comprising a mosque and madrassa nearby. Abruptly, the Government bowed before TLP and opened channels for talks. The 12 policemen were released on April 19. On April 20 an agreement was reached between the two sides. Hundreds of other TLP cadres arrested under the Maintenance of Public Order Act were released. According to official data, four policemen were killed and over 800 persons were injured in the violence between April 12 and April 19. Property worth PKR tens of millions were damaged.  TLP claimed 10 of its cadres were killed.

Saad Rizvi was taken into custody on April 12 for 90 days under the Anti-Terrorism Act, 1997, for inciting his followers to violence. Upon the expiry of his 90-day detention on July 2, 2021, he was produced before the review board at the Lahore High Court (LHC). During the hearing, the review board rejected the Government’s request to extend his detention for another 90 days under the Maintenance of Public Order (MPO) Ordinance, 1960.  However, the Lahore Deputy Commissioner again ordered Saad Rizvi’s detention on July 10, under the Anti-Terrorism Act. Saad Rizvi’s paternal uncle, Ameer Hussain, filed a petition before the LHC on September 7, 2021, asking that the Court declare the Government’s extension of Saad Rizvi’s detention illegal and order his release. On October 1, the LHC declared the detention illegal. However, on October 2, the Federal review board of the Supreme Court (SC) ordered an extension of the detention. The Punjab Government approached the SC on October 11, challenging the LHC’s October 1 order. On October 12, the SC referred the matter of Saad Rizvi’s release to a two-member special bench of LHC.

As was the case earlier, this time too Islamabad surrendered before the lawlessness of the proscribed group. On October 21, a day after the sit-in protest started, the Government announced the release of another 350 TLP activists, and also that cases against other TLP cadres would be withdrawn by October 27. The Government also assured the TLP leaders that it would review the Fourth Schedule list containing their names and would work on a plan to release their jailed chief Saad Rizvi. The Federal Interior Minister, who addressed the press after leading a government team in negotiations with representatives of TLP, including its detained chief, in Islamabad, tweeted,

We have released 350 TLP workers up to now and we are still waiting to open both sides of road of Muridke as per the decision with the TLP.

Further, on October 25, 2021, Federal Interior Minister Sheikh Rashid maintained that the Federal Government had decided to unfreeze the bank accounts of seminaries associated with TLP on the orders of Prime Minister Imran Khan. He added that the accounts were being activated, and described the ongoing dialogue with the banned outfit as “good”.

However, apprehensive of its bilateral relations with France in particular, and the international community at large, Islamabad has declined to agree on shutting down the French Embassy and the expulsion of the French Ambassador as demanded by TLP. Commenting on the issue, Federal Interior Minister Sheikh Rashid claimed, on October 26, 2021, that the Government and TLP had reached an agreement on all other issues, while the latter had given a deadline of November 2, 2021, for the acceptance of this final demand.

Confident of its complete victory against a weak and spineless Government, TLP supporters continued their march towards Islamabad on October 27. Despite, the deployment of Rangers in eight Districts (Lahore, Rawalpindi, Jhelum, Sheikhupura, Gujranwala, Chakwal, Gujrat, and Faisalabad) of Punjab, TLP protesters reached Chanda Qila, a few kilometers from Gujranwala, where the clash took place. Further, on October 30, 2021, thousands of TLP followers continued their sit-in in the Wazirabad Industrial town of Gujranwala District for a second day, as they waited for instructions from their leaders to move ahead. The protestors, who reached Wazirabad from Gujranwala town on October 29, spent the night at the Zafar Ali Khan Bypass.

The Government’s approach has broken the confidence of the Police force, which has borne the brunt of TLP-led violence. October 26, 2021, report quoted an unnamed Deputy Inspector General-rank officer as stating,

The Government would have to stand with either the law enforcers or the TLP. Its decision to release hundreds of TLP men under an immediate agreement has ignored the sacrifices policemen rendered and lives they lost during violent agitation of the organisation.

For all individuals and groups who think they can challenge the writ of the Pakistani state, do not test the proposition. As the basic principle of national security, the state will never shy away from protecting each and every citizen from any form of violence. TLP has crossed the red line and exhausted the state’s patience. They have martyred policemen, destroyed public property, and continue to cause massive public disruption. Law will take its course for each one of them and terrorists will be treated like terrorists with no leniency. There will be no armed militias of any sort in our country.

Despite these brave words and Yusuf’s attempt to portray Islamabad’s strength and will to confront any violent or terrorist formation, the reality is that the leadership in power evidently lacks the will to take on groups like TLP. This is principally because the Military Establishment and all political parties in Pakistan have clandestine relations with such groups. In a theocratic state like Pakistan, religious groups will always enjoy power in the shadows and will remain the state’s Achilles heel.