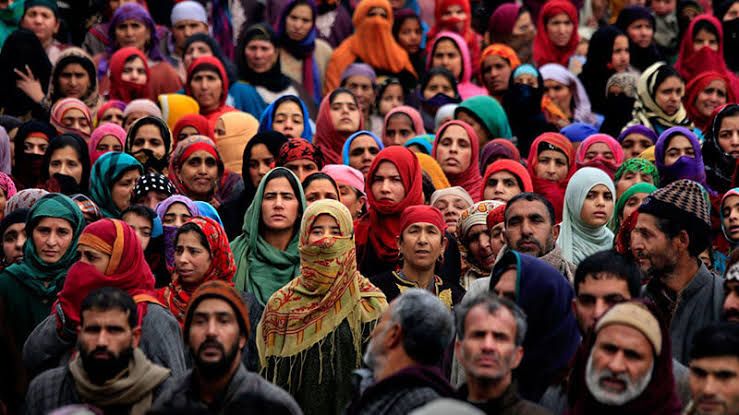 Integration cannot be abrupt either

We encounter opposite arguments on Kashmir these days. One argument is that the state has achieved much in Kashmir since the abrogation of Article 370, and Kashmiris are happy with the decision. The supporters of this argument cite the lack of public protests, street violence and stone pelting to buttress their case.

The second argument on Kashmir is that the situation is rapidly deteriorating. The steep increase in the violence perpetrated by the terrorists is cited to support this statement. It is important to see the diverse realities of Kashmir in the correct perspective. Many analysts are fond of painting the extremism and separatism in Kashmir as a spontaneous and abrupt youth response. This is not correct. The extremism and violence in Kashmir was not any upspring. It was gradual. It took years for Pakistan to deepen radicalization and sow the seeds of separatism. After years of relentless hammering at Kashmir society, the saturation of separatist thought reached a point where it dominated the social discourse.

In the discussions on Kashmir on the mainstream and social media, both claims are being made with equal certainty. One, that there is anger and alienation among the Kashmiris. Second, that the Kashmiris are largely happy post the events of August 5, 2019. Both statements are misleading. They reflect a shade of the truth. They cannot be taken as truth in entirety. We need to put these statements in context to understand the realities of present day Kashmir. The detractors of the Indian state claim that the Kashmiris are silent because of suppression and subjugation. This argument suits vested interests, but it is not true.

Kashmir No Longer Has Appetite For Violent Street Protests

One contemporary reality of Kashmir is that people do not have the appetite for any violent or public expression of grievances. The environment for violent public protests is no more there in Kashmir.

Post abrogation, people are completely disillusioned with separatist politics. They are not willing to go for violent form of protests. They may not be happy with the state, but for the large majority, violence does not have social sanction any more. We can safely argue that Kashmir society has rejected violence. Kashmiris may not be happy with the decision of the government to remove Article 370 and Article 35 A, but they have lost hope in separatist politics. Also, with lack of any political movement, the space for political expression of grievances is not there. If there was space for the politics of provocation or emotive politics, Kashmiris may have opted for it. But the political expression is missing, so Kashmiris are largely silent over the developments of August 5, 2019.  With the large majority silent, the mild shades of political expression or political opposition are not seen. The extremists have chosen the path of hard terrorism. They are trying to project it as the voice of the majority Kashmiri population. This is not the case. The majority community does not support terrorism in any form. The terrorists and Over Ground Workers are only a minuscule fringe of the large peace-loving majority. Why are the large majority of Kashmiris not willing to engage in violent protests? They have realized the disasters of violence. The extreme violence that is being witnessed is the ideological commitment of a few to the cause of terrorism. These few represent the extremely radicalized section of Kashmir society.

Extremism in Kashmir didn’t spring suddenly. Pakistan took decades to embed it. Similarly, integration cannot be abrupt either. Integration is a multi-dimensional. One of the ways to achieve integration is by initiating a public discourse. The state has started this discourse. The national flag is hoisted on all government institutions, buildings and strategic assets. Pakistan invaded into Kashmir by pushing in tribals on October 22, 1947, causing the most horrible atrocities upon the people. The day is now observed by the state as a Black Day in Kashmir. The atrocities committed by Pakistan in POK are discussed. The other dimension of the integration is rolling out practical initiatives for aligning the people. On both fronts, there is progress.

Social change is a lengthy process. It takes time to get rooted

Integration is happening at individual level, and among the diverse sections of the society. This is the same way radicalization started in Kashmir. To expect integration to be abrupt or spontaneous shall be unrealistic.

Spontaneity is the outcome of an abrupt eruption at social level of deep social undercurrents. When the undercurrents are negative, the eruption is violent. When the social undercurrents are positive and integrative, the expression is joyous. We may witness it in the years to come. Social change is always a lengthy process. It takes time to get rooted. The state faces avoidable or unavoidable roadblocks in its endeavour. A major roadblock for the Indian state is the enemy action in Kashmir. The conflict is sponsored by Pakistan, which will do everything it can to keep the show of conflict going. A democratic state has the commitment to adhere to democratic values and constitutional guarantees. This gives the state strength, but also vests it with some inherent weaknesses. The enemy nation has a roadmap to consistently deepen alienation with the state. Their narrative survives on grievances.

Kashmir is in the grip of terrorism. The consequence is that the state and its forces impose some restrictions on civil liberties. This may be done willingly – as witnessed in the 90s – or by compulsion. The restrictions on civil liberties are understandably resented. Hence we see videos go viral on Kashmir social media of bikers being “harassed” or CRPF women force frisking women and children.

Global experience in counter terrorism has followed a consistent pattern. Once the enemy introduces the gun and escalates violence, the state does not have any option. It has to retaliate. The state tries to contain terrorism by stricter checking, which leads to restrictions on civil liberties. These restrictions lead to grievances, which the adversaries exploit in order to stay relevant. The non-state actors wait for any errors committed by the state and its arms. They exploit these errors and manufacture grievances to use them against the state. It is a global phenomenon that the adversaries provoke the state to take steps which may be considered harsh, and then create a narrative around it.

How To Achieve This?

How does one ensure this?

At the recent conference at BB Cantt organized by the Army, a senior officer of the UT Administration spoke of how the Kashmiris are appreciating the behaviour of CRPF. He spoke of the reports he has received that even during the mandatory checks or frisking, the CRPF personnel gently addressed people as Sir or Ma’am. In a moderate and pleasant manner, they stopped the people for checks where required. They went about the checks in a refined, polite manner. And when the checks were over, they gently thanked the occupants of the car or two-wheeler and said, “We are sorry for the inconvenience caused to you.”

Why Must The Police And Security Forces Always Be Gentle, Courteous?

What is the need for security forces and the police to always ensure gentility towards the peace-loving population? The paper titled Police Reform In Post-Conflict Societies published by the International Peace Academy, New York, as part of The Security-Development Nexus Program makes the point clearly. Police conduct is one of the most important and complex challenges in any environment. It is particularly challenging in post-conflict situations. Herein, police forces must function as rights-respecting public security officers that simultaneously provide protection and fight crime. This is part of the state’s broader conflict prevention strategy. Police missions are an integral part of conflict management and political and socio-economic development. Respect for human rights and effective crime-fighting go together. A gentle and courteous police mechanism helps reinforce the twin goals of respectful and effective policing. Disciplined and courteous police behavior means fewer rights violations and more public cooperation