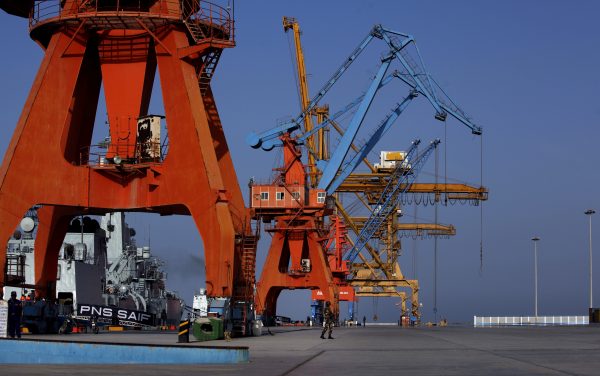 China, the sole investor in the Gwadar projects are hesitating to invest amid uncertainties as the ongoing economic crisis and political instability in Pakistan are hitting Chinese investment sentiments.

Further, the Chinese investors now seek to maintain their bank accounts in RMB in Gwadar Free Zone without converting money into local currencies in the wake of the fast depreciating Pak currency rupee (PKR).

The depreciation of PKR is the most important reason that is deterring Chinese investment. The recovery in the value of PKR following the receipt of IMF’s next tranche loan was short-lived, said Financial Post.

Pakistani currency nosedived to 215 against the US dollar in the inter-bank market, a significant loss consequent upon continuing political uncertainty as well as sinking economic indicators.

The dip in PKR value is mainly attributed to continued high demand for the dollar and the steadily declining foreign currency reserves of the State Bank of Pakistan (SBP).

The Gwadar projects are also facing other constraints and everyday new issues are cropping up, including shortages of water and electricity under its short-term strategy. These shortages have so far slowed down the implementation and development of the project.

Moreover, the decision of Chinese companies to retain RMB accounts would impact several projects in Gwadar. One of the important ongoing projects is the 1.2 MGD Reverse Osmosis Desalination Plant that has been awarded to the Chinese contractor (CHEC). The work has started and the project is due for completion in March next year, reported Financial Post.

The Gwadar project also suffers from inherent bad administration qualities. The Pak authorities are taking much time in finalizing modalities for providing on-grid and off-grid solar solutions. The final decision for setting up small-sized desalination plants where the provision of drinking water through pipes is not feasible in Gwadar is also not in sight. One of the major reasons for the delay is that the local government is unable to identify lands near grid stations for the project to facilitate power evacuation.

Pak administrative bottleneck is proving a roadblock in the construction of Breakwater at Gwadar Port despite the availability of funds from the Chinese government in the form of grants and soft loans, reported Financial Post.

Pakistan has also failed to create a secure environment for investors and implementers of the projects. The law and order situation in Balochistan is most vulnerable and there are incidents of contractors being assailed and kidnapped.

Contractors related to telecom, railways and other development-related projects had faced the brunt of this law and order situation in the area.