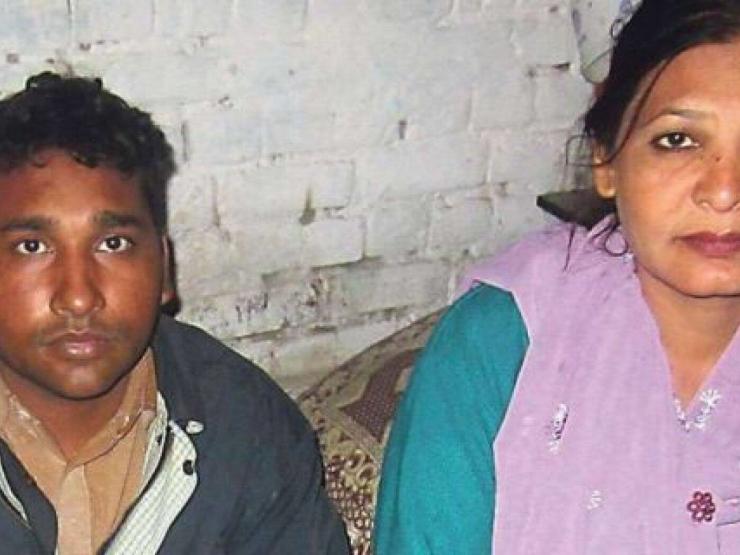 This week, a Pakistani Christian couple, who had been on death row for seven years on false blasphemy charges, has safely arrived in Europe. The Lahore High Court had overturned their death sentence in early June. A session court had sentenced Shagufta Kausar and Shafqat Emmanuel to death by hanging in 2014. The parents of four-faced death threats after the news of their acquittal broke.  “We are delighted that Shagufta and Shafqat have, at long last, been released and have reached safety. Sadly, their case is not an isolated incident but testifies to the plight that many Christians and other religious minorities experience in Pakistan today. While the right to religious freedom is protected by the Pakistani constitution, many face severe persecution and denial of their fundamental rights to freedom of expression and assembly,” said Tehmina Arora, Director of Advocacy, Asia with ADF International, a human rights organization supporting the couple.

“We are so relieved to finally be free. The last eight years have been incredibly hard, but we are so happy to be reunited with our children. We are very grateful that so many people, especially the teams from ADF International and the Jubilee Campaign, helped and protected us by bringing us to safety. Although we will miss our country, we are happy to finally be somewhere safe. Hopefully, the blasphemy laws in Pakistan will soon be abolished, so others won’t suffer the same fate as Shagufta and I,” said Shafqat Emmanuel on behalf of the family.https://www.youtube.com/embed/Zf7jweZnvIc?feature=oembed

The couple had been living in poverty with their four children in a mission compound of the Gojra Church in Punjab, Pakistan. On 18 June 2013, allegedly blasphemous text messages, were sent to a cleric and a lawyer from a phone allegedly registered in Shagufta Kausar’s name. Kausar and her husband Shafqat Emmanuel were arrested and charged with blasphemy on 21 July 2013. The couple is illiterate and would not have been able to write any text messages at all. Kauser claimed that her phone had been missing for a month at the time of the incident. It is uncertain who sent the messages and for what reason.

Blasphemy is punishable by death in Pakistan, and though no one has been formally executed for it, dozens have been killed by mobs after being accused of the crime. Emmanuel had been tortured into making a false confession. They beat him and threatened to strip Kausar naked and let her walk across town. A session court sentenced Kausar and Emmanuel to death. They launched an appeal in the Lahore High Court, which has now acquitted them of all charges.

Threat to life despite acquittal

Highlighting the problems surrounding accusations of blasphemy, even in cases that eventually result in acquittal, the couple’s lawyer, Saif Ul Malook, said:

“Shagufta and Shafqat are incredibly relieved to have finally been acquitted of these unfounded blasphemy charges. The many delays to the hearing of their appeal caused them a lot of suffering. These cases are very difficult to litigate, due to the concern for security. There is a very real threat to the life of the clients and the lawyers.”

In the footsteps of Asia Bibi

Kausar was held in the same prison as Asia Bibi. In a case that received global headlines, Bibi was accused of blasphemy and held on death row for eight years until she was acquitted in 2018. Her case serves as a well-known example of the current threat to religious minorities in the region. After her acquittal, there were violent demonstrations across Pakistan threatening her life and she was forced to flee the country.

“Blasphemy laws directly violate international law. How many more people must suffer the same fate as Asia Bibi and Shagufta and Shafqat until they are repealed? All people have the right to freely choose and live out their faith. We therefore urge all governments to uphold this right by ceasing enforcement and initiating repeal of their blasphemy laws,” said Paul Coleman, Executive Director of ADF International.