Pakistani Generals in Awami Adalat: The beginning of the end of Imran Khan 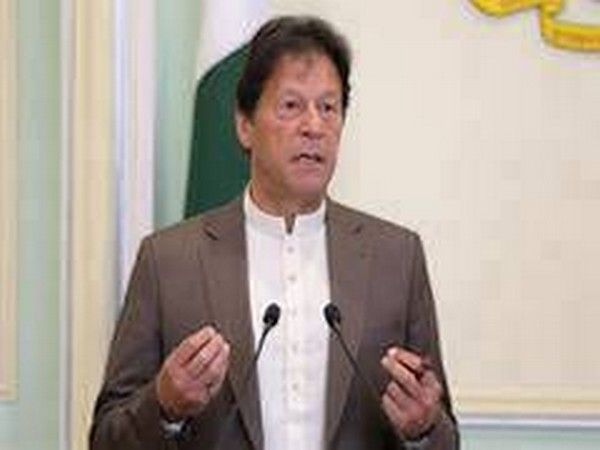 Two back-to-back public rallies held by PDM on October 16 and 18 in Punjab’s Gujranwala and Sindh’s metropolitan city of Karachi have shaken the confidence of the sitting government. A jittery cabinet is nervously trying to spin the newfound mass admiration for the opposition as a manifestation of some hidden ‘Indian’ agenda. However, people do not seem to buy this old formula for survival traditionally used by the Pakistani establishment.

After a very long time since the murder of Benazir Bhutto in 2007, Pakistani electorate once again seems to have become responsive to a previously sidelined political clout that appears to have reinvented itself, has felt the pulse of the common people. PDM is an expression of their grave concerns regarding economic, political and social issues confronted by a hapless mass of population for who the only message from Imran Khan has been ‘Aapne ghabrana nahi hai’ (you do not need to worry).

Economic shock caused by the revelation that the country’s GDP has slipped into negative at below 0.4 per cent, political failure manifest in containing the Baloch insurgency, Pashtun dissent and the rise in Sindhi nationalism accompanied by the failure to galvanise international diplomatic support for the so-called ‘Kashmir issue’ and the rise in the prices of basic necessities by 20-50 per cent as well as revelations about manipulation of sugar and flour prices by a mafia which includes none other than Imran Khan’s closest confidant Jahangir Tareen (bluntly known as the ATM of Mr Khan) are some of the pronounced factors that have contributed to growing anger and opposition not just among the stakeholders but more importantly to the wider populace.

In my opinion, the formation of PDM cannot have taken place unless it had been agreed upon and sanctioned by a segment of Pakistan’s military establishment including the ISI. Previously, in 1988 when Benazir Bhutto came to power, ISI chief Hamid Gul confessed in a televised interview that he had engineered the creation of a nine-party alliance against the democratically elected government of the PPP. It was named Islami Jamhori Itehad (IJI) and was led by none other than the chief minister of Punjab at the time – Nawaz Sharif.

Similarly, previously in 1977 Air Marshal (Retd) Asghar Kahn, who had maintained his links to the military establishment, allegedly engineered a nine-party strong Pakistan National Alliance (PNA), a right-wing conservative alliance, against the centre-left government of Zulfikar Ali Bhutto. On both occasions, the movements were allegedly financed by the ISI and the petro-dollars respectively. It would not surprise me if on this very occasion Chinese Yuan was being secretly diverted to the coffers of PDM’s anti-Imran campaign.

Since the PTI came to power all CPEC projects that were launched in 2015 are facing delays. In September 2019 Pakistani media raised alarm by arguing that amid large-scale corruption cases the USD 50 billion CPEC project might have been shelved! Works at Gwadar port, the Karachi-Sukkar motorway, Dera Ismail Khan to Baluchistan Western Route, all vital projects necessary for China to gain uninterrupted access to the Gulf for China, is going nowhere.

On more than one occasion the Chinese leadership has shown concern about the delay in the CPEC projects. And most recently the controversy and hostility the PTI government had to face in the wake of a Presidential decree that would pave the way for China to take full control of the islands in the Indian ocean that belong to Sindh and Baluchistan look as if it is going to be the straw that broke the camel’s back.

Pakistan’s failure to galvanise international diplomatic support against India since the abrogation of Article 370 of the Indian constitution that gave Jammu Kashmir its so-called special status is another cause for concern equally for the Pakistani military establishment and China. For decades China has looked up to Pakistan as a middle-goer in establishing relations with the so-called Islamic (Gulf and Mediterranean) world. Pakistan played an instrumental role in Sino-Saudi relations. However, since Imran Khan has isolated Pakistan among the Organisation of the Islamic Community (OIC) it is in China’s best interest to see Imran Khan government be replaced by a competent one.Pakistan’s global isolation plus her failure to persuade UNHRC and IOC to convene a special session on Kashmir was bound to raise more than a few eyebrows in the military establishment and Chinese Communist Party. It is, therefore, no surprise that Army Chief General Bajwa has lately been busy using back door channels to meet with opposition party leaders in an attempt to mend his relations with them whom he orchestrated to lose in the July 2018 (allegedly rigged) general elections. However, this attempt quickly backfired and much to the embarrassment of PML (N) and the PPP was leaked to the press.

The slogan ‘ye jo dehshat gardi hai, is kay pechay wardi hai’ (Behind the terrorism is the uniform) raised by the Waziristan based Pashtun Tahafuz Movement (PTM) only a couple of years ago, has echoed in every speaker address to the hundreds of thousands who thronged to fill the stadiums and beyond. PTM leader Mohsin Dawar truly represented the sentiment that is now very quickly become the universal belief of the people of the oppressed nations of Pakistan when he in reference to the speech of Nawaz Sharif on October 16 said that if a three-time prime minister of the country is accusing the generals of wrongdoing then Imran Khan should have demanded Army Chief Qamar Bajwa’s resignation. Mr Dawar asked how could Ehsan-ullah Ehsan escape from the house in which he was kept under arrest. He demanded that a ‘Truth Commission’ be established to investigate the crimes committed since 1948 and which involved undemocratic forces. He said that the military and the ISI were the real bastions of powers in Pakistan. To a cheering crowd, he declared, “this movement is the beginning of civilian supremacy”.

It is now clearly the Pakistani generals and secret services that are being blamed for the ills of economy, unstoppable decline in the living conditions and diplomatic isolation of the country. This is the first time in the history of Pakistan that the generals are being tried in an Awami Adalat (people’s court).

PDM is an assembly of top politicians who have nothing in common except for their discontent and hate against Imran Khan and military’s interference in the running of the economic and political affairs of Pakistan. Therefore, the aim of the movement is to simply get the prime minister removed from office, get a mid-term election sanctioned by the establishment and form a hotchpotch national government that is ‘free’ from the influence of the military.

However, among a discontented population, unrest is fermenting a social (anarchic) explosion, which could just fall short of a popular revolution. Consequently, this could well become an opportunity for the Baloch, Sindhi, Pashtun and the people of PoJK and GB to gain freedom from the clutches of a fascist regime that has usurped the rights of its populace for seven decades and given birth to a blood-sucking clique of military officers.