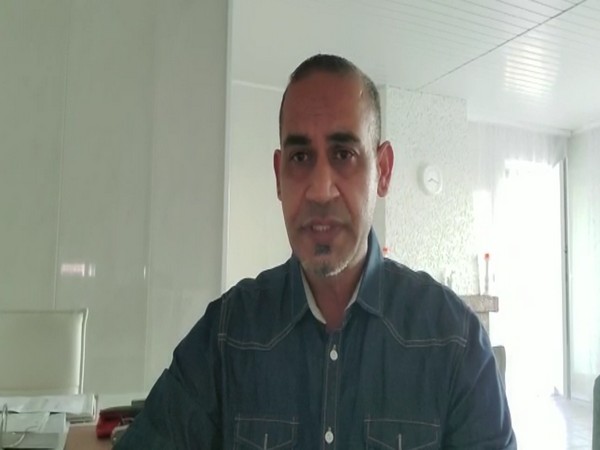 Expressing anger at Pakistan for the growing number of forced disappearances in the country, a Baloch activist revealed that the Pakistan Federal Bureau of Investigation (FIA) and Military Intelligence Service (MI) arrested his father without interfering in any anti-national activities.

In an interview with ANI, the former president of the Baloch Republican Party, Germany, Ashraf Sherjan said that his father, 68-year-old Sher Jan, was tortured and arrested by the FIA ​​and MI at the airport in Karachi on his way home. from Dubai.

“Due to my political activities, Pakistani security forces arrested my father when he traveled from Dubai to Karachi on November 13, 2019 with my two sisters. My father went to Dubai for his medical treatment, but unfortunately upon his arrival at Karachi Airport, he was arrested. “The Pakistani FIA agency told him he was traveling to Germany and Europe. They released my sisters but they took my father,” said Ashraf.

For about four months he was in the custody of the military intelligence service. During the arrest, they asked about me and my activities. At that time, my father agreed with them that he is my son, but I have nothing to do with his political activities “, said Ashraf.

“In MI’s custody, my father was tortured. They handcuffed him. For many days, they only provided him with one meal a day. Of course, he was kept in a small torture cell. My father also asked for a lawyer, but they ignored his request.” he added.

Ashraf is still an active Baloch political activist in Germany and has repeatedly participated in and organized protests in front of the Pakistani consulate in Frankfurt.

Ashraf applied for renewal of his Pakistani passport in December 2016 and the consulate asked him about his family details. His passport was later renewed and he was asked to visit Pakistan for the renewal.

“I was sure that if I land in Pakistan to sort out my passport question, I will be on the list of missing persons or my dead body will be found somewhere in Balochistan or some other part of Pakistan,” said Ashraf, who raised the issue. the question. of the forced disappearance of Baloch’s political activists and human rights issues in Balochistan during his political activities in Germany.

Ashraf said many Baloch political activists in Europe and other parts of the world are being harassed along with their families back home.

“I am not the first Baloch activist whose family members are targeted. Pakistan’s intelligence services keep an eye on all Baloch political activists in Europe, no matter what part of Europe. They are targeted at their activities and whenever they receive any information as Baloch activists faces such problems, “he said

Ashraf called on the United National Human Rights Council (UNHRC) and other European countries to protect Baloch activists living in their countries.

Many Baloch political activists living in Europe and other parts of the world were mysteriously killed.

On December 22, 2020, the dead body of 37-year-old political activist Karima Baloch was found submerged at the Toronto Waterfront.

Earlier, Sajid Hussain, a Baloch journalist, was found dead in Fyrisälven in Sweden on April 23, 2020.

The violent abductions have been carried out in Balochistan since the early 2000s. Students are often the most targeted part of these abductions. The victims also include several political activists, journalists, teachers, doctors, poets and lawyers.

A Canadian think tank, International Forum for Rights and Security (IFFRAS) reported that there is not even a single family in the province whose member or relative has not forcibly disappeared, forced disappearances are used as a tool by Pakistani authorities to terrorize people questioning the country’s almighty army establishment or seeking individual or social rights.

The report suggests that it is a crime often used by the authorities to get rid of people who are considered an “inconvenience” without any arrest warrant, indictment or indictment.

Tens of thousands of Baloch people have been abducted by Inter-Services Intelligence (ISI) and Pakistani military personnel over the past 20 years, the report added.

Several victims have been killed and dumped and it is believed that many of them are still trapped in the Pakistani torture cells.