Pakistani security official urges US to engage with Afghanistan 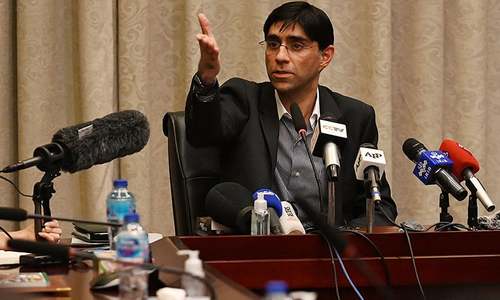 Amid continuous fighting between local resistance forces and the Taliban in Panjshir province of Afghanistan, a report emerged on Tuesday that stated that at least 20 civilians have been killed in the region. Additionally, communications have been cut in the valley. Meanwhile, in Kandahar city, thousands of locals came out on the streets to protest against a Taliban diktat allegedly forcing them to leave their homes within three days. Residents said they had been told they would not be allowed to take any of their belongings with them. On the international front, US Secretary of State Antony Blinken has pushed back against harsh Republican criticism of the handling of the military withdrawal from Afghanistan during a Congressional hearing. He said the Biden administration inherited a deal with the Taliban to end the war, but no plan for carrying it out. The Taliban have expressed their appreciation for countries that pledged humanitarian support to Afghanistan and said they will coordinate with them. However, they warned that they do not want any nation to “pressure Afghanistan, because pressure does not work.”

Pakistani security official urges US to engage with Afghanistan

Pakistan urged the world to engage with Taliban-led Afghanistan and said the United States should listen to its message as it reassess its relationship with the South Asian nation, Reuters quoted a top Pakistani security official as saying on Wednesday.

Moeed Yusuf, Pakistan’s National Security Adviser, told reporters in the country’s capital that Pakistan had continuously advocated for a political settlement to the conflict in Afghanistan and said a military solution was not possible.

He added that Washington, which signalled this week it was reviewing its relationship with Pakistan, should take note and listen to Islamabad’s advice on now ramping up engagement with the new Taliban-led government.

Taliban will be responsible if al-Qaeda threatens US from Afghanistan

US Secretary of State Anthony Blinken on Wednesday said that the Taliban will be responsible if al-Qaeda threatens its interests in Afghanistan, TOLO news reported.

Blinken said that although the Taliban have pledged not to use Afghan territory against the United States, Washington will not rely on the Taliban to fight terrorism.

“The Taliban are committed to deterring terrorist groups, including al-Qaeda and ISIS, that threaten the security of the United States and our allies. We hold them accountable, but that does not mean we have to rely on them alone. “We will continue to work to monitor and neutralize threats against terrorism in the region,” Blinken said.

Afghanistan’s banks are running out of dollars, and may have to close their doors to customers unless the Taliban government releases funds soon, three people with direct knowledge of the matter said.

The cash squeeze threatens to upend the country’s already battered economy, largely dependent on hundreds of millions of dollars shipped by the United States to the central bank in Kabul that make their way to Afghans through banks.

One month since the Taliban captured the capital of Kabul, bankers fear fewer dollars could inflate the cost of food or electricity and make it harder to afford imports, spelling further misery for Afghans.