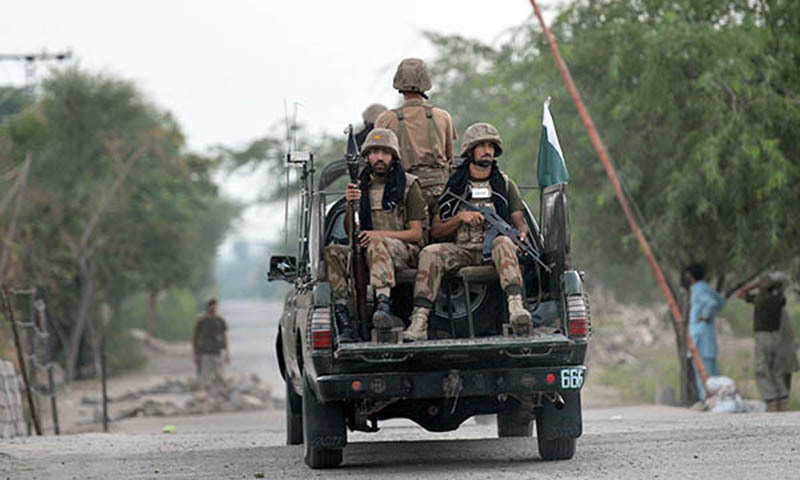 Pakistani military forces have been targeted in four different attacks in parts of Balochistan within the span of 24 hours.

According to reports, two Pakistani soldiers have been killed in two separate attacks in Balochistan’s Ketch district.

Two Pakistani military personnel were killed and one was injured in two separate attacks on Tuesday in Abdui and Zamuran areas of Kech.

As per sources, a soldier of the Pakistani forces was shot dead by unidentified gunmen in Abdui area of ​​Tehsil Tump. While the other incident took place  in Zamuran area of Kech. As a result of firing, soldier Muhammad Usman son of Liaqat Ali, resident of Nowsheroferoz Sindh was killed while Captain Ali Zain was injured.

The injured and the dead bodies were airlifted to FC Headquarters in Turbat city of Kech.

After the incident, a heavy contingent of security forces cordoned off the area and launched a search operation and aerial surveillance from military helicopters was also underway.

In another incident, unidentified persons bombed Pakistani forces in Balochistan’s Bolan District on Wednesday morning. The attack took place at the Mansoor Top in ​​Peer-Ismail area. The blast hit the bomb disposal squad of Pakistani forces, when they were patrolling in the area.

According to sources, the forces have suffered casualties as a result of the blast. However, the authorities have not provided any details in this regard.

Later on Wednesday, the Baloch Liberation Army claimed the responsibility for the bomb attack in Bolan. The spokesperson for BLA said that one personnel of the bomb disposal squad was killed and another injured.

Whereas, unidentified persons targeted an anti-narcotics police station by hand grenade bombs in Panjgur district of Balochistan on Tuesday night. The attack was claimed by another “pro-independence” armed group known as, Balochistan Liberation Front (BLF).

Major Gohram Baloch, the  spokesman for the group said in a statement that their fighters attacked the Anti-Narcotics Force (ANF) camp near Javed Chowk in Panjgur city centre. He claimed that the hand grenades fell inside the camp, causing casualties to the forces.

“Our attacks on the occupying forces would continue till the independence of occupied Balochistan,” he concluded.