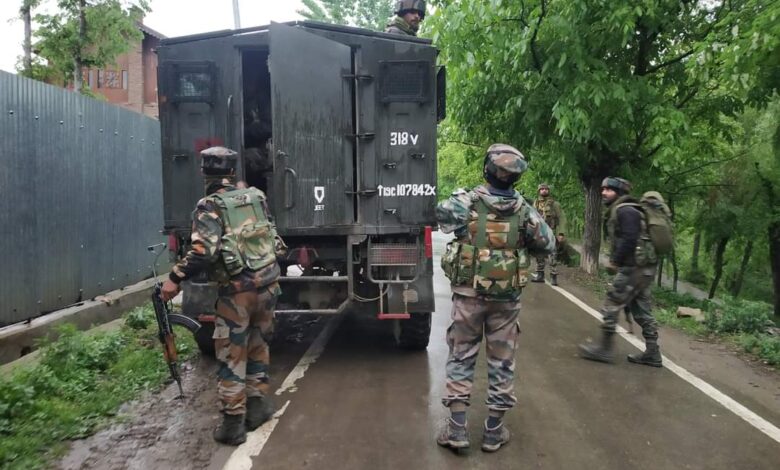 While role of Pakistan in fuelling terrorism in Jammu and Kashmir has become subdued as a result of the strong anti-terror policies of the PM Narendra Modi led government, the cornered terror groups are frustrated to an extent that now innocents including women and children have become their targets.

It may be mentioned that two terrorists who were involved into the killing of school teacher Rajni Bala were killed at Mishipora in Kulgam district of south Kashmir on June 16. “One of terrorist is identified as Zubair Sofi of Mohan Pora Kulgam who was involved in killing of woman teacher Mrs Rajni Bala on 31/5/22,” Police had said.

Two terrorist including one involved into the killing of Vijay Kumar Bank Manager was killed in an encounter in Shopian district of south Kashmir on June 15.

#ShopianEncounterUpdate: One of the killed #terrorists has been identified as Jan Mohd Lone of #Shopian. Besides other #terror crimes, he was involved in recent killing of Vijay Kumar, Bank manager on 2/6/22 in #Kulgam district: IGP [email protected],” Police had said in a Tweet.

Two Lashker-e-Toiba terrorists were killed in an encounter that broke out in the Bemina area of Srinagar on June 13.

“#Pakistan based handlers had sent two #Pakistani#terrorists of LeT #terror outfit along with one local terrorist Adil Hussain Mir of Pahalgam #Anantnag, who has been in #Pakistan since 2018 (now all 3 killed), with the intention to attack #Yatra: IGP [email protected],” Kashmir Zone Police said in another tweet. (@KashmirPolice)