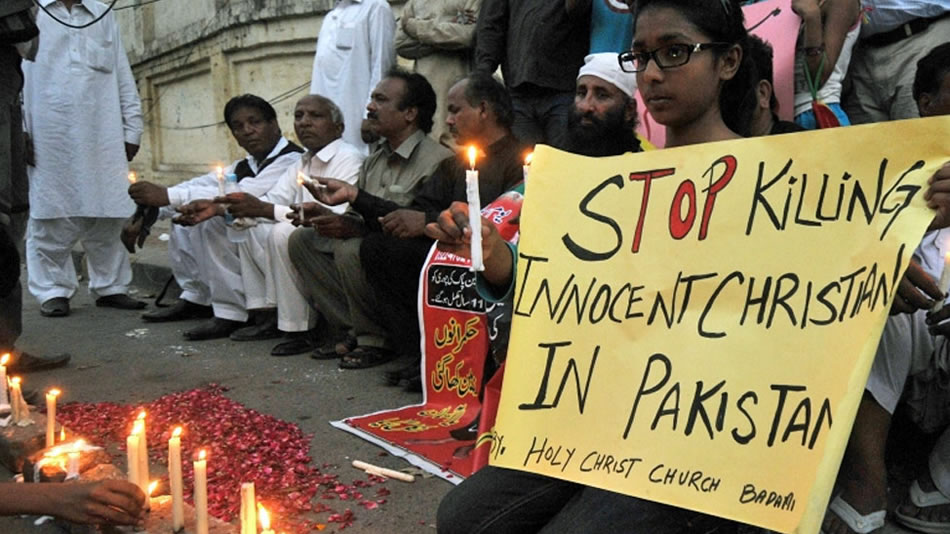 Pakistan’s most humiliating moment is reached every time someone is accused of blasphemy and sentenced to death. Proof is not needed; the court is just too scared to let the accused go, as happened in the case of Junaid Hafeez, a “visiting” faculty member at the English department of Bahauddin Zakariya University in Multan, who was sentenced to death by a court in Multan in 2019 after being arrested in 2013. He was a Fulbright scholar with a Master’s from Jackson State University. It is easy to convict people for blasphemy because the law says an insult to the Prophet PBUH can take place even by innuendo.

Then, there are the clerics who can scare any judge if they think he is getting soft because of lack of evidence. One such “blasphemy” priest, Allama Khadim Hussain Rizvi, died a natural death recently after getting many innocent people in trouble over “rumours” of blasphemy. His fiery sermons caused police-guard Mumtaz Qadri to pump 27 bullets into Governor of Punjab Salmaan Taseer in 2011 for supporting a Christian woman accused of blasphemy.

Junaid’s father tried to find a lawyer who would tell the scared judge why his son should be let off. He had to confess: “I found a lawyer willing to take the case but, on his first day, he was harassed by some 200 lawyers.” He still thought the judge would be fearless. “The prosecution, the witnesses and trial could not prove any of the allegations,” said the lawyer.

Before India’s “love jihad”, Pakistan found its way to getting rid of its Christians. Blasphemy was pinned on them with the confidence that no judge would let them off the hook, with pious crowds demanding death outside his court.

In August 2009, after a week of simmering Muslim-Christian dispute over the desecration of the Holy Quran in tehsil Gojra in Toba Tek Singh district in Punjab, violence broke out. As usual, a “banned organisation”, Sipah-e-Sahaba, came from outside town, took over and used acid and petrol bombs to destroy property and kill women and children, while the local government and police stood aside. The federal government took only “serious note”.

Blasphemy and desecration of the Quran are used against them, but the latter is used against them collectively, followed by organised destruction of property. In 1997, the twin villages of Shantinagar-Tibba Colony, 12 km east of Khanewal, Multan Division, were looted and burnt by 20,000 Muslim citizens and 500 policemen acting together after an incident of desecration of the Quran was reported. The police first evacuated the Christian population of 15,000, then helped the raiders use explosives to blow up their houses and property. Sipah-e-Sahaba was blamed by the Christians for the violence.

In 2005, the Christian community of Sangla Hill in Nankana district in Punjab experienced a most hair-raising day of violence. After allegations of desecration of the Quran, a mob of 3,000 led by a local politician and the police burnt down three churches, a missionary-run school, two hostels and several houses belonging to Christians. Lahore’s archbishop stated that the attackers had been brought there by buses from outside.

The great champion of the blasphemy law, Allama Khadim Husain Rizvi, would lead “life-sacrificing” followers to Islamabad and block all roads going to the capital city and condemn the government, harshly using the word dalla (pimp) for politicians. When coronaries finally took him in Lahore, there were more than a million “devotees” at his funeral.