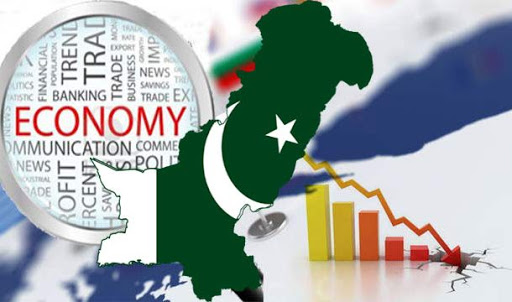 Pakistan’s economic meltdown on the verge of 2022 presenting a woeful geopolitical spectacle of South Asia’s second Nuclear Weapons State economically begging on its knees, arising from decades of Pakistan’s imperial pretensions in Afghanistan attempting to have a colonial hold over Kabul regimes. Installing an Afghan Taliban regime in Kabul for the second time in August 2021 is a Pyrrhic victory for Pakistan.

The costs of Pakistan and Pakistan Army’s decades of meddling and manoeuvring in Afghanistan have been colossal for Pakistan in terms of national security, loss of geopolitical stature, economic insolvency, and societal effects on Pakistan’s social fabric which as it is was in shreds due to State patronage of Islamist fundamentalist terrorist affiliates sponsored by Pakistan Army ISI—the intelligence agency charged with realisation of Pakistan’s strategic blueprint.

The Pakistan Army sponsored its military interventions in Afghanistan and underwriting of Afghan Taliban operations in Afghanistan and those of terrorist affiliates like the Haqqanis and the Lashkar-e-Toiba by misappropriating sizeable funds from Pakistan’s revenues. This was in addition to the heavy costs of expanding and maintenance of Pakistan Army’s Nuclear Weapons arsenal. Additionally, as some Western analyses suggest the ISI was heavily dependent on participation in Afghan drugs export business.

Pakistan could additionally sustain expenditure on its imperial outreach in Afghanistan due to massive inflow of military aid and funds from United States and Saudi Arabia totalling billions of dollars.

United States strategic denouement with Pakistan lately and lack of US and Saudi Arabian convergences on Pakistan’s overall strategic utility and in Afghanistan led to drying up of this massive external financial largesse in the middle of the last decade.

China unwilling to offset this sizeable gap in Pakistan’s external funds revenues while professing eternal strategic bonds with Pakistan has left Pakistan not only financially bankrupt but in a precarious national security crisis exposing Pakistan’s strategic vulnerabilities. This stands analysed in an earlier Paper on this website on Pakistan’s insolvency.

In terms of Pakistan’s national security, no tangible gains have accrued by underwriting the installation of the Afghan Taliban regime in Kabul in August 2021. Pakistan’s borders with Afghanistan and with India continue to be volatile robbing Pakistan Army to switch its military formations from either flanks. The Pakistan Taliban has not fully lost the patronage and sanctuaries that it enjoyed within Afghanistan, even with a so-called Pak-friendly Afghan Taliban Government.

Afghanistan’s future perspectives portend that Afghanistan would continue to be turbulent and Afghan Taliban regime wold continue to be contested within by inimical forces. These will compound Pakistan’s national security challenges.

Pakistan has lost heavily in terms of its geopolitical stature despite all the gloating within Pakistan that with installation of an Afghan Taliban Government in Kabul in 2021, Pakistan Army’s blueprint has been able to effect a second unceremoniously exit of a superpower from Afghanistan. Strategic audit of Afghanistan and Pakistan’s dynamics would indicate that the nett geopolitical results from its latest Afghanistan intervention have been dismal.

Pakistan has lost United States strategic trust and United States balancing role in South Asia. Russia due to its China strategic nexus did woo Pakistan on Afghanistan for a couple of years, on what I termed then as emergence of a China-Pakistan Russia Trilateral. Russia in end 2021 is visibly trying to reclaim is traditional ties with India. Saudi Arabia has just infused funds into Pakistan which strategic analyses suggest are not related to investing in Pakistan or underwriting Pakistan’s Afghan blueprint but more as payback for Pakistani nuclear weapons know-how.

Geopolitically, in terms of current Chinese perceptions of Pakistan, my belief is that Pakistan’s utility to China today is more in terms of colonial bondage—militarily and economically. Pakistan under pressure from successive Pakistan Army Generals has fallen into China’s ‘Debt Trap’ blueprint. China can now be expected to “Dictate” even more heavily on Pakistan’s foreign and military policies.

Geopolitically, China has reduced Pakistan as a Nuclear Wagons State to Chinese bondage. Pakistan’s figuring in South Asian and regional calculations would no longer be calculated on its ‘independent stature’ as a Nuclear Weapons power.

Economically, in 2022, saner voices within Pakistan disturbed by Pakistan’s economic insolvency are clamouring that ‘economic security’ of Pakistan must now outweigh ‘national security’ fixative obsessions of Pakistan’s ruling Establishment. The despair is evident.

Another major and disturbing economic factor in Pakistan’s economic insolvency is Pakistan’s ability to repay Chines debt loans and servicing Pakistan’s China-debs. The IMF has stipulated that its financial bailouts to Pakistan will not be utilised for servicing of Pakistan’s CPEC debts to China. From where else will Pakistan get finances to pay back China? United States would now think twice before investing in Pakistan’s stability?

In all three of Pakistan’s dynamics on Afghanistan the common denominators have been the use of Islamist Jihad as a weapon, use of Islamist terrorist affiliates of Pakistan Army ISI, brutal violence and suppression, destruction of democratic institutions, and violation of Human Rights and women’s rights and place in society. None of these are hallmarks of a modern state aspiring for a greater geopolitical role and status.

The above factors added together have reduced Pakistan which had the same societal strengths in 1947 as India next door to a nation torn asunder by provincial divisiveness, sectarian strife and centrifugal forces in motion. Voices in Pakistan within younger generation in 2022 will certainly question as to where did Pakistan go wrong?

The Pakistani Establishment cannot and will not provide these answers to Pakistan’s young generations. Nor can any longer be purveyed by the Establishment that Pakistan’s national security was at stake, because facts suggest otherwise. Obviously, the existing Pakistani system will be under increasing challenge and that will generate societal and social instability.

Concluding, Pakistan’s trail of economic meltdown on verge of  2022 leads right back to Pakistan Establishment’s imperial pretensions on Afghanistan and its disruptive strategies on Pakistan’s flanks without bothering to calculate he costs on Pakistan’s national security and stability. Pakistan’s moment of reckoning has finally come.