Pakistan’s religious extremism didn’t start with TLP. It won’t end with banning it 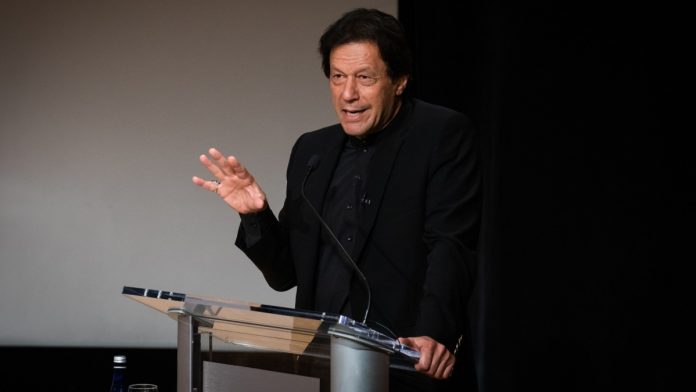 The Imran Khan government’s decision to ban Tehreek-e-Labbaik Pakistan, or TLP, which organised violent protests targeting France over alleged blasphemy against Islam is meant to signal Pakistan’s seriousness in tackling religious extremism. But Pakistan’s religious extremism problem did not begin with the TLP and will not end with a legal ban on that group.

The step is just one additional talking point for Pakistani diplomats trying to convince the world that this time Pakistan means business in ridding the country of Islamist extremists.

Pakistan is eager to get off the money laundering and terrorist financing grey list of the Financial Action Task Force (FATF). It has taken several steps, ranging from convicting Lashkar-e-Taiba (LeT) founder, Hafiz Muhammad Saeed, for terrorism financing to banning several groups that have featured on global lists of terrorist organisations. Pakistan’s laws have also been amended to fulfil FATF requirements.

But for sceptics, each of Pakistan’s measures represents a tick mark on a checklist of international demands and expectations.

Not enough to ban one group

There is still an absence of authenticity in Pakistan wanting to make a clean break with religious extremism. The action, somehow, feels insufficient to shut down the massive jihadi infrastructure and to limit the radical Islamist sentiment that backs it.

After all, jihadi groups have been banned in the past, only to resurface under new names. Bank accounts of banned groups almost never have any money in them at the time they are frozen, as if the groups are tipped off to clear their accounts ahead of the freeze. Most extremist leaders arrested with much fanfare are released on court orders because of ‘lack of evidence’.On the eve of the TLP protests, for example, Prime Minister Imran Khan spoke of the need to explain to the world why Muslims were so offended by negative portrayals of, or comments about, Islam or the Prophet.

The world, of course, knows that people of faith take offense at words or images that ridicule their beliefs. But in a diverse world, Pakistanis need to understand that they cannot impose the love of their faith on other nations by blocking traffic and abducting or killing their police officers.

Ironically, the TLP is not part of the pantheon of Pakistan’s jihadi groups that have worried the world since the beginning of terrorism in Afghanistan and Kashmir during the 1980s and 1990s. Most of those groups belonged to the Deobandi subsect, while the TLP has grown out of the Barelvi variant of South Asian Sunni Islam.

A simplified explanation of the division within Sunnis, dating back to the 19th century, is that Deobandis represent orthodoxy and emphasise formal religious education. Barelvis, however, represent South Asian folk Islam, subsumed Sufi traditions, and are identified with rituals that are not always found in early texts.

Madrasas are Deobandi strongholds, and it was from Pakistan’s madrasas that jihadis were first recruited to fight in Afghanistan and Kashmir. Pakistan’s military dictator from 1977-1988, General Zia-ul-Haq, had Deobandi leanings and favoured the Deobandis while expanding Pakistan’s jihadi infrastructure.

Derogatorily called ‘Gulabi Wahabi’ (Pink Wahabis) by Barelvis, Deobandis are closer to Wahabis in their worldview. That explains why Taliban and Pakistani jihadis made common cause with al-Qaeda and other Wahabi groups from around the world.

The Barelvis were favoured by General Pervez Musharraf and his successors, who accepted the argument that the Barelvi Sufi tradition made them the natural alternative to Deobandi dominance of Pakistan’s religious scene. Musharraf convinced some in the US government after 9/11 to even fund Barelvis as part of ‘deradicalisation’ efforts in Pakistan, just as Zia had convinced Americans to finance Deobandis for jihad against Communism.

Deobandis recruited jihadis with slogans of establishing Islamic superiority. The TLP’s colourful leader, the late Khadim Hussain Rizvi, decided to make ‘protection of the Prophet’s honour’ his faction’s recruiting tool. Any notion that Barelvis were inherently peaceful should have been dispelled when one of Rizvi’s followers killed Punjab Governor Salman Taseer after he suggested that Pakistanis should debate and reconsider the country’s blasphemy laws.

In 2017, Rizvi’s TLP ‘occupied’ Islamabad with some 3,000 supporters. No action was taken by authorities against the ‘dharna’ and there was suspicion that Rizvi’s protest had been part of a deep State effort directed against former Prime Minister Nawaz Sharif’s Pakistan Muslim League-N.

Later, Rizvi turned on the military for not using Pakistan’s nuclear muscle in preventing Dutch and French media from insulting Islam’s Prophet. He was imprisoned, released, and died an angry man last year. This time around, violent protests were initiated by Rizvi’s son, who was trying to flex his muscle as the new leader of Pakistan’s Barelvis.

The TLP has a hardcore base, not popular support. It does not get votes in elections but can get its hardcore supporters to riot. It is just one of many Islamist groups that have become a nuisance or a violent threat to Pakistan’s stability. Its demand to expel the French ambassador over alleged blasphemy against Islam being allowed in France is the kind of gimmick that has been rather common in Pakistan’s Islamist discourse.

If Pakistan expelled ambassadors of all countries where someone commits what Islamist hardliners see as blasphemy, Pakistan will have diplomatic relations with very few countries. But there is no one in Pakistan’s public discourse who can argue against the irrational demands of Islamists.

While Pakistan’s establishment has alternated between various Islamist factions, mainstreaming one while suppressing another, it has never thought about mainstreaming secularists who have been dubbed as traitors or unfaithful to the ideology of Pakistan.

Without secular voices in the field making the argument for rationality against politically motivated religious frenzy, it is unlikely that banning one group will diminish Pakistan’s religious extremism problem.