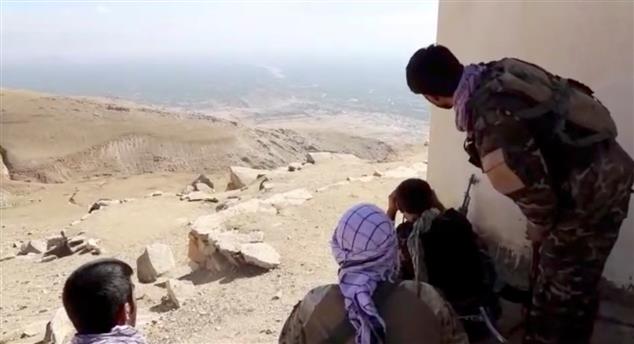 On the twentieth anniversary of the 9-11 attacks, the Taliban removed the tricolour Afghan flag and replaced it with its white flag at the Afghan Presidential Palace but the banner of defiance in Panjshir Valley remained aloft.

The Taliban corroborated claims by the rebels that the resistance in Panjshir Valley had not been crushed and that its fighters had taken refuge in caves and mountain hideouts.

The Taliban’s military offensive against the Panjshiris after just three hours of talks, along with rumours of Pakistani involvement, has further incensed neighbouring Tajikistan.

A large number of civil society activists petitioned the Tajikistan Government to bar Pakistan PM Imran Khan from attending a summit of regional countries next week. Human rights activist Oynihol Bobonazarova and filmmaker Anisa Sabiri were among the signatories who sought a Shanghai Cooperation Organisation (SCO) probe into Pakistani involvement in crushing the resistance in Panjshir.

The strong sentiments in Tajikistan towards a Pashtun dominated takeover of Kabul were explicitly flagged by Tajik President President Emomali Rahmon in a meeting with Pakistan Foreign Minister Shah Mehmood Qureshi.

The Tajik civil society did not want the Pakistan PM to visit Dushanbe till he “refuses to interfere in Afghanistan’s internal affairs” and an inclusive government is created in Kabul.

Though the Taliban has claimed to have captured all the districts of Panjshir Valley, the National Resistance Front (NRF) said, “The Mujahideen, the resistance forces and your sons will fight to the death to defend your values and honour.”

The resistance is being led by Ahmad Masood and Amrullah Saleh, both of whom have not been heard of for more than a week.

The Taliban says they have fled to Tajikistan but according to the NRF, they are present in the country but keeping off the Internet for security reasons.

Panjshir residents have told the local media of numerous problems such as shortage of food and the shutting down of telecom services and power.