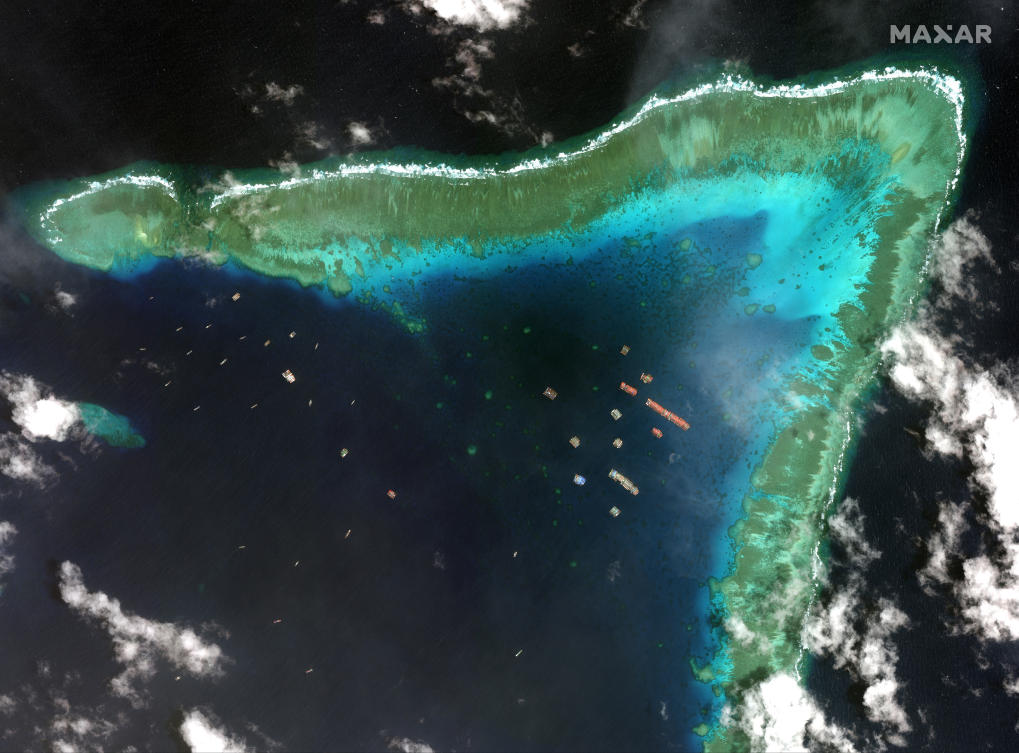 Manila revealed on Tuesday that it had summoned a senior Beijing diplomat to protest the alleged harassment of a marine research vessel by a Chinese coast guard ship in Philippine territorial waters.

The Department of Foreign Affairs said it was also reviewing reports on the “presence of foreign coast guard vessels around Reed Bank”, site of the 2019 sinking of a Filipino fishing vessel that sparked domestic outrage.

The revelation came the same day Manila said it had issued a separate diplomatic protest over what it characterised as Beijing’s “unilateral imposition of a three-and-half-month fishing moratorium” near the disputed Spratly Islands.

Manila and Beijing have long been locked in a dispute over areas of the South China Sea, almost all of which China insists it has exclusive rights to, rejecting a 2016 Hague ruling that its historical claims were without basis.

The foreign affairs department said that on April 13 it “summoned a senior official of the Chinese Embassy in Manila to protest the harassment… on RV Legend, which had been conducting an authorised marine scientific research”.

Its statement also said the department was reviewing reports on the “presence of foreign coast guard vessels around Reed Bank” near where Philippine firms are conducting oil exploration.

The incidents, it added, “are clear violations of Philippine maritime jurisdiction”.

The Chinese embassy in Manila did not immediately respond to a request for comment.

In a separate statement on Tuesday, the department said it had renewed its “protest of China’s annual practice of declaring a fishing ban over areas that extend far beyond China’s legitimate maritime entitlements”.

An Asia Maritime Transparency Initiative (AMTI) report last week said the RV Legend had been tailed at close distance by the coast guard vessel northwest of the main Philippine island of Luzon.

On two other occasions last month Chinese vessels harassed commercial and research vessels, AMTI said, including one near the Philippines-garrisoned Second Thomas Shoal.

The think tank said the Chinese actions were creating “a high risk of collisions at sea”.