PLA overhaul is in line with Chinese ambitions 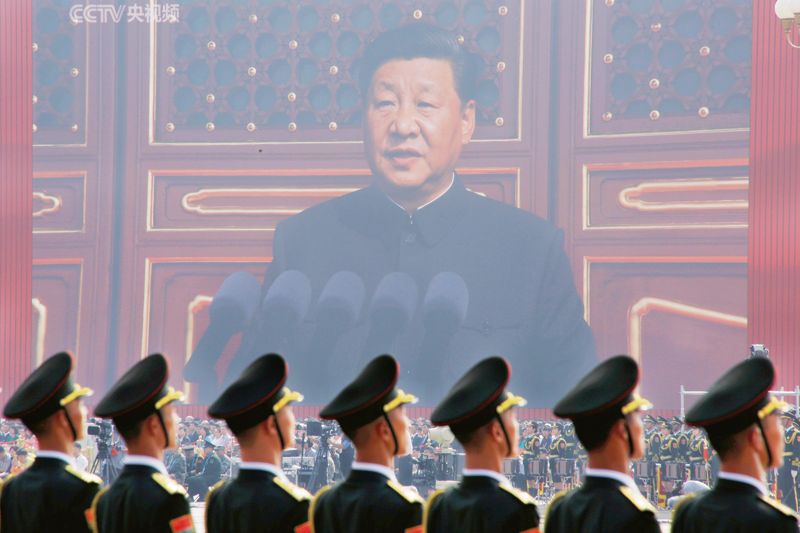 The People’s Liberation Army (PLA), which is set to complete 95 years of existence, has played a pivotal role China’s emergence as a major power. It traces its roots to the ‘Nanchang Uprising’ of August 1, 1927, the day Communist revolutionaries like Mao Zedong and Zhou Enlai revolted against the Kuomintang National Forces. In 1929, Mao defined the PLA’s role as the military of the Communist Party of China (CPC). The two most powerful organs of People’s Republic of China — CPC and PLA — share a symbiotic relationship. The PLA is well represented in the Politburo and Central Committee, the apex policy-making bodies of the party. The Communist leadership of the day has accorded top priority to defence modernisation as the military is seen to be a vital component of the State’s ‘Comprehensive National Power’.

On assuming the mantle of ‘Fifth Generation Leadership’ in 2012, President Xi Jinping initiated the process of transforming the military with twin objectives; prepare the armed forces for China’s expanding global role and establish firm control of the party over PLA. The transformation process entailed a review of the role, war-fighting doctrines and organisational structures.

For strategic direction, a ‘White Paper on National Defence 2015’ was issued with focus on ‘active defence’ and shift in naval strategy from ‘coastal defence’ to ‘offshore waters defence with open sea protection’. In 2017, during the 19th CPC meeting, timelines for PLA’s reorganisation were formalised i.e., achieve mechanisation by 2020, basic modernisation by 2035 and transformation into a world class force by 2050. As per the ‘White Paper on National Defence 2019’, the thrust was on ‘defence in the new era’. The 14th Five Year Plan and Vision 2035 envisaged the creation of high-level strategic deterrence, integrated employment of armed forces and cultivate a new type of military talent.

To implement the new doctrines, the Central Military Commission, the apex defence body, was restructured, with Chairman Xi designating himself as Commander-in-Chief to exercise direct control over the PLA. At the operational level, the erstwhile 17 army, air force and navy military regions were reorganised into five theatre commands. The Western Theatre Command, responsible for manning the entire border with India, covers Tibet and Xinjiang too. In addition, 84 corps-size formations were created which included 13 operational corps, further organised into combined arms brigades capable of rapid deployment.

The revised mission for PLA Air Force (PLAAF) entailed shift from ‘territorial air defence’ to encompass both defence and offence, besides building ‘air space defence force’ and power projection capabilities. It is expected to have around 1,300 4th-5th generation fighters, including a few squadrons of J-20 and F-31/J stealth fighter in its inventory in the next couple of years.

The PLA Navy (PLAN) is in quest to acquire outreach to ‘far seas’. Its ships now regularly sail in the waters around Europe. PLAN is also turning attention to the Arctic (Polar Silk Road), the next maritime frontier. Numerically, China already has the largest navy in the world with more than 350 ships, although it lags behind the US in terms of capability. By 2035, PLAN plans to have over 450 ships. The Chinese Coast Guard is the largest in the world with over 100 ocean-going platforms.

China’s ‘Rocket Force’ arsenal, estimated to be 250-300 earlier, is expected to scale up to around 700 by 2027. China has nearly 100 Inter-Continental Ballistic Missiles, including DF-41, capable of delivering up to 10 warheads with a range of over 12,000 km. The number of DF-21 and DF-26 medium-range missiles has increased from 16 to 200 during the last few years. China is also known to have developed ‘Hypersonic Glide Vehicle’ and ‘Hypersonic Cruise Missile’.

China’s defence budget has increased almost ten-fold in the last two decades, from $22.93 billion in 2000 to $230 billion in 2022. Given that Beijing has historically under-reported its military expenditure, actual spending is estimated to be far higher.

China’s ongoing military reform process is the biggest military shake-up ever witnessed in generations. It is well aligned with the national goals and objectives. Beijing’s aggressiveness, especially after Xi came to power, is evident from its military activities in South China Sea, across the Taiwan Strait and on the LAC against India. Cognisant of PLA’s lack of operational experience, the Communist leadership is using these forays to battle-harden its military.

The hyper pace of defence infrastructure development, forward deployment of war-waging assets in Tibet and Xinjiang, provocative activities along the LAC, incorporation of new defence and border laws amply manifest the Dragon’s evil designs. Beijing apparently has no intention of resolving the boundary issue, obvious from the progress of politico-diplomatic and military level talks. The PLA is likely to continue with its “nibble-and-negotiate” policy in the realm of ‘Grey Zone Warfare’.

Given the gravity of the situation, it is time for our policy-makers to get the strategic direction right by putting in place the national defence policy and joint war-fighting doctrines as also structures to prosecute limited operations in multiple scenarios. Anomalies with regards to the role of CDS, theatre commands, border management, integrated development of military infrastructure and ‘procurement-cum-acquisition procedures’ need to be ironed out on priority.

The PLA is undergoing deep-rooted transformation with aspirations to take on extended global missions, which will dramatically alter the balance of power matrix. The world must be prepared to face an even more aggressive China in the coming times. For India, it is potentially a wake-up call.