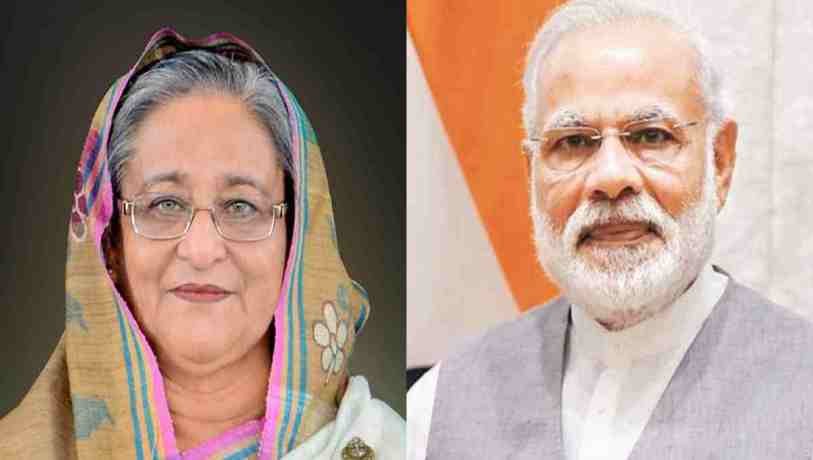 Prime Minister Narendra Modi and Bangladesh Prime Minister Sheikh Hasina are expected to jointly inaugurate the 1320 MegaWatt Maitree Super Thermal Power Station when the latter visits India for a three-day visit in the first week of September. Touted to be Bangladesh’s largest power plant, the coal-fired station is being set up by Bangladesh India Friendship Power Company Limited, a 50:50 joint venture between India’s NTPC and Bangladesh Power Development Board. The project is worth USD 1.5 billion.

While Bangladesh PM Hasina is expected to visit India any time between September 5 and 7 and stay for two to three days, the visit has been accorded utmost importance by the Modi government as Dhaka happens to be one of India’s closest allies. Before PM Hasina arrives in Delhi, trial runs between Kolkata-Chattogram-Mongla ports for India Bangladesh trade will begin posting a new chapter in the bilateral ties. The first vessel from Kolkata is expected to reach Mongla, on Pashur River, on August 5 carrying 16 tons of iron pipes in a container with destination Meghalaya using the Tamabil-Dwaki border points and 8.5 tons of pre-foam in another container for Assam using the Birbirbazaar-Srimantpur border points. This exercise will create cheaper and alternative routes for India to reach its North-East region while at the same time carrying export-import containers for Bangladesh.

Being a close ally of India, the Modi government has also allowed export of much-required wheat to Bangladesh through Hili Land Port in Dinajpur as a result of which the price of wheat has gone down, easing inflation concerns of Dhaka. India supplies nearly 66 per cent wheat to Bangladesh, while its imports from Ukraine, some 15 per cent every year, have been hit by the war with Russia.

Even though Bangladesh has approached the IMF for a loan, the economy and the infrastructure development under Sheikh Hasina are progressing with the Bangladesh project to grow by over 6 per cent this financial year. Dhaka like all the other countries in the Indian sub-continent have been hit by the hardening of USD because of which exports have become costlier. However, Bangladesh currency Taka is holding against the USD as compared to Pakistani Rupee and Sri Lankan Rupee.

While the country has prospered under the leadership of Sheikh Hasina, Islamic radicalization has grown in Bangladesh with Muslim Brotherhood affiliate Jamait-e-Islami playing a major role in border areas. Even though Jamaat cannot contest elections as per 2013 Supreme Court ruling, the group along with other radicalized outfits like Hefazat-e-Islam, Jamait-ul-Mujahideen and Islamic Chhatra Shibir are instrumental in orchestrating attacks against Hindu minorities in Bangladesh. To add fuel to fire are the Rohingya immigrants who have been penetrated by Pakistan based terrorist groups like Lashkar-e-Toiba to create problems for the ruling Awami League party. While Sheikh Hasina will take care of Bangladesh’s economy, it is the radical Islamists who could dent her prospects in the election next year unless made accountable by the law enforcement agencies.