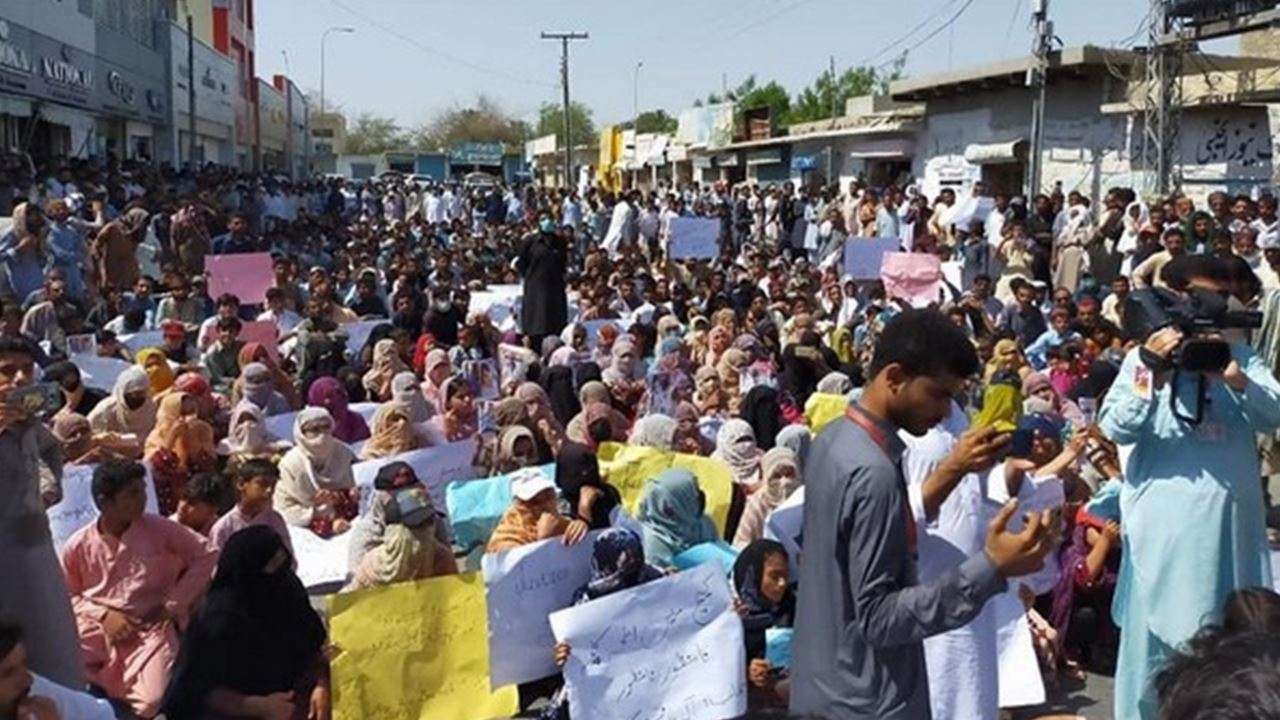 The local residents of Gilgit Baltistan staged a sit-in blocking the Karakoram Highway in Nasirabad, Hunza for the fifth consecutive day on Wednesday to protest against the minerals department for permitting mining leases to an outsider company.

A large number of people including women and men participated in the protest and demanded ownership rights of the local resources, Dawn reported.

However, they regretted, that the minerals department later suspended the lease and granted it to an external mining company.

The protesters have accused the minerals department of colluding with the investors, depriving the locals of their rights.

The protest has created problems for the tourists and local passengers as the Karakoram Highway at Nasirabad was blocked.

The protesters have fixed specific hours for the vehicles to pass through the highway.

Earlier, the local residents of Gilgit Baltistan took to the streets against the prolonged load shedding and water scarcity amid scorching heat for the past four days, local media reported.

Meanwhile, on the sidelines of the ongoing 50th session of the United Nations Human Rights Council in Geneva, a number of Kashmiri activists, led by the chairman of the United Kashmir People’s National Party, Sardar Shaukat Ali Kashmiri, demonstrated against Pakistan.

They raised anti-Pakistan slogans and demanded ‘Islamabad free’ Kashmir and other parts that it has illegally occupied for decades.

They held banners reading ‘stop land grabbing and occupying hilltops of PoK’ and ‘terrorist infrastructure must be dismantled’. While addressing the demonstrators, Shaukat Ali Kashmiri said Pakistan has given free hand to the army and they are increasingly involved in human rights violations in the region.

Sardar Shaukat Ali Kashmiri said, “It is the only country which is for the army and not for the people. And we are here, belonging to all oppressed nations. We are united. We will fight against slavery, plundering of natural resources and liberation of our people unitedly”.

Soon after British India’s division in 1947, the Pakistan army, which largely comprised tribal mercenaries invaded and occupied a part of Jammu & Kashmir. PoK and Gilgit Baltistan remained under their occupation since then. The land, the resources and the people of the region have been overly exploited by Islamabad for many years.

While on one side, Pakistan has marginalized these people socially and politically, it has exploited all their resources indiscriminately. Their land and rivers are used to serve the people of Pakistan and not those who have a prerogative over them.

Nasir Aziz Khan, Spokesperson, UKPNP said, “We are going to submit a memorandum to the UN High Commissioner for Human Rights. We are here protesting against the Pakistani atrocities. Pakistan is plundering our natural resources. It is occupying our land”.

He added, “We are the owners of the rivers, dams but they are producing electricity and exporting to Pakistan and there is a shortage of electricity of 15-20hrs a day. There is unemployment, there is terrorism, there is extremism promoted and projected by Pakistan and we are here to raise our voices against these atrocities”.

Kashmiri activists have time and again knocked on the door of the international community to intervene in the rapidly worsening human rights situation in Pakistan-occupied Kashmir. They haven’t however received much success as all that the global bodies have come up with so far is mere condemnation and no tangible action.

The activists, however, say they are not going to give up and their fight against Pakistan atrocities will continue until their demands are fulfilled and rights are restored.