Political chaos in Pakistan ground for military to step in? 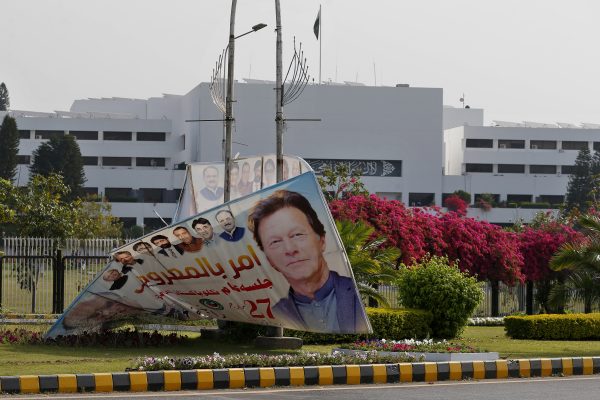 Just when Pakistan appeared or pretended to rely on more democratic practices to deal with a political situation, there are legitimate fears that things may be going back to square one.

In a nutshell, here is what has happened.

But now that the National Assembly has been dissolved, who will appoint the caretaker PM?

The President can play a role in the selection, or the same can be left to the election commission. If the court finds Khan guilty of constitutional illegality and jails him, his party workers may escalate their protests.

If the situation gets further complicated, can we see intervention by the military that has directly ruled Pakistan for 34 years?

History tells us that it’s not entirely out of the question. In Pakistan, no prime minister has been able to complete the full five-year term in office. Three military dictators have in the past overthrown democratically elected governments in Pakistan. On many other occasions, presidents with military backgrounds or military support sent many prime ministers home.

After being deposed in a military coup led by Chief of Army Staff General Zia-ul-Haq, Zulfiqar Ali Bhutto was holding rallies and attracting huge crowds. He was re-arrested in a murder case and hanged.

A former cricket world cup-winning captain, Khan has also called upon his supporters to organise peaceful protests. Ironically, the President’s statement allowing Khan to stay Pakistan’s PM, for now, came on April 4, the date in 1979 when Zulfiqar Ali Bhutto was executed.

Many believe that Khan’s rise to power in 2018 was aided by the military that wanted to experiment with a hybrid model: the prime minister would appear to be more in charge, and the generals would continue to pull the strings from behind the scenes but less directly. So, why would the military not like Khan now?

The primary reason is, Khan could not do much, despite no credible and robust Opposition breathing down his neck in Pakistan. There are many crises: jobs, inflation, and depleting forex reserves. The country is crippled by poor infrastructure for education, health care, road connectivity, besides water and power supplies.

While Khan’s refusal to clear the appointment of the ISI chief might have been a trigger, he and the military have also differed on who should be the next army chief.